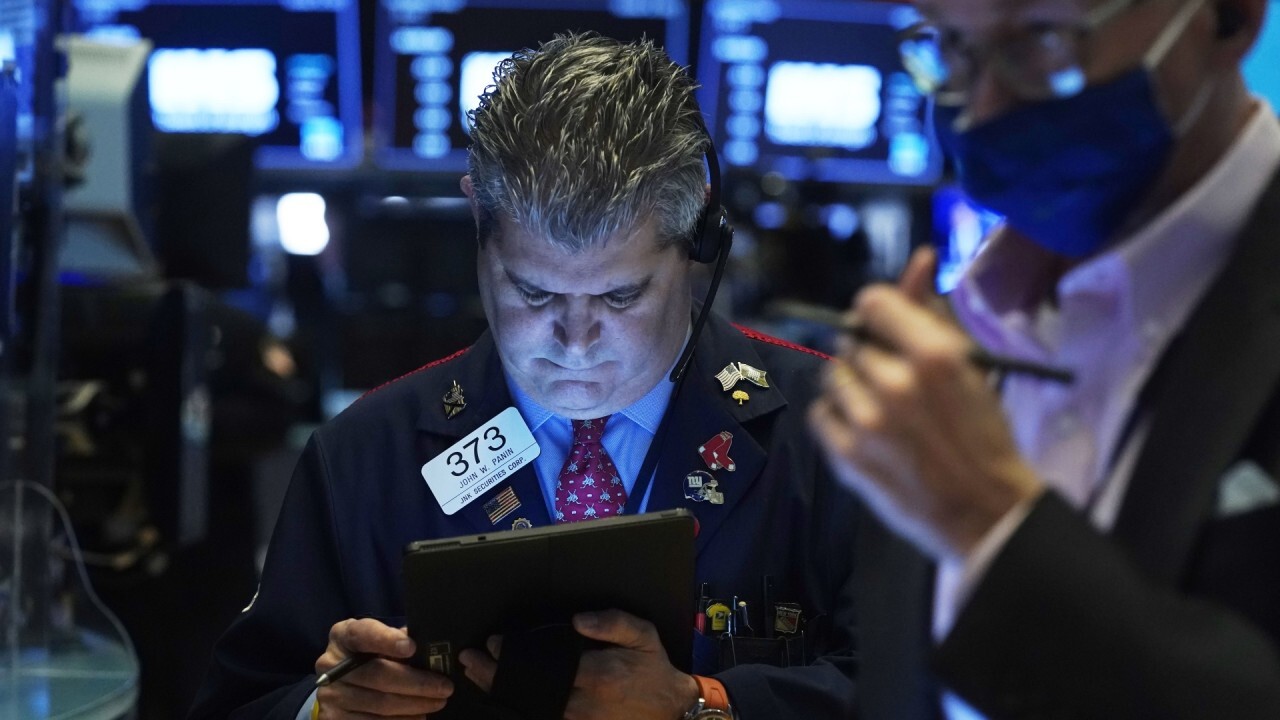 Earnings season will be in full swing this week, along with key housing data and the latest on clogged-up U.S. supply chains.

The week will also be jam-packed with special events from Apple, Google, and Samsung, who will all unveil the latest versions of their customers' favorite technology products.

This as stocks ended the week higher following a stronger than expected retail sales report and solid bank earnings on Friday.

Kicking off earnings for the week will be Albertsons and State Street Corporation before the market open and Steel Dynamics and Zions Bancorporation after the bell.

As for economic data, investors will be watching industrial production and the NAHB housing market index.

Also on Monday, Apple is set to hold its Unleashed event, which is expected to unveil the latest versions of its Macbook Pro laptops. The computers are rumored to feature the "M1X" processor, designed by Apple after previous versions used Intel chips.

In addition, Comcast and Credit Suisse are expected to welcome employees back to the office who are fully vaccinated.

On Tuesday, investors will take in earnings from a slew of companies including Bank of New York Mellon, Johnson & Johnson, Philip Morris and Procter & Gamble before the opening bell. Meanwhile, Netflix, United Airlines and Kansas City Southern will be among the big names taking the spotlight after the bell.

As for economic data, building permits and housing starts will be in focus and the European Commission will publish a report on the COVID-19 pandemic's impact on the European economy.

Also on Tuesday, Google will unveil its Pixel 6 and Pixel 6 Pro phones, which are powered by the tech giant's first custom mobile chip, Tensor. The Pixel Fall Launch event will be livestreamed at 10 a.m. PT/1 p.m. ET.

Other notable events include union workers' vote on a contract proposal with ExxonMobil and the debut of Disney Genie, a new digital planning service for the company's Florida theme parks.

Earnings to watch on Wednesday include Abbott Labs, Anthem and Verizon before the market open and IBM and Tesla after the bell.

Additional important events to watch will be Samsung's Unpacked event, a House Small Business subcommittee on oversight, investigations, and regulations hearing on global supply chains, and international talks in Moscow between Russia and Taliban representatives on the situation in Afghanistan.

Economic data on the board for Thursday includes initial and continuing jobless claims, existing home sales,  the Philadelphia Fed manufacturing index and the index of leading economic indicators.

U.S. Attorney General Merrick Garland holds a news conference to announce that the Justice Department will file a lawsuit challenging a Georgia election law that imposes new limits on voting, at the Department of Justice in Washington, D.C., U.S., Ju (Reuters Photos)

In the world of politics, Attorney General Merrick Garland is set to testify before the House Judiciary Committee.

Wrapping up the week for earnings will be American Express, Honeywell, Schlumberger and VF Corporation. Meanwhile, the Markit Manufacturing and Markit Services PMIs will finish out the week for economic data.