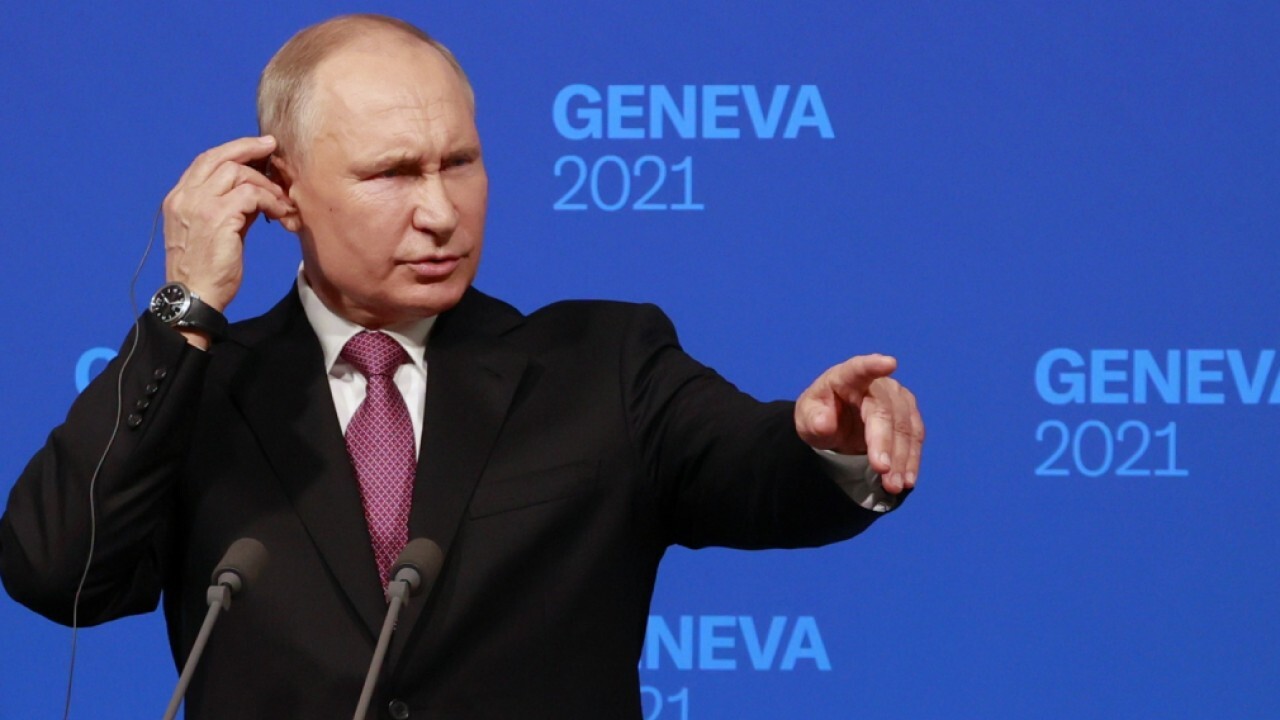 Putin says Russian authorities had nothing to do with pipeline cyberattack during address to the national media. FOX Business' Connell McShane with the latest.

Russian President Vladimir Putin on Wednesday denied that Russian officials were behind the multitude of cyberattacks that have struck U.S. corporations in recent months.

EX-DEFENSE INTELLIGENCE AGENCY OFFICER: PUTIN, RUSSIA CYBERATTACKS — GET READY, THERE ARE MANY MORE ON THE WAY

"As for cybersecurity, we reached an agreement chiefly that we will start negotiations on that. I think that's extremely important," Putin said after his highly anticipated summit with President Biden on Wednesday.

He went on to claim that "most of the cyberattacks in the world are carried out" by the U.S., Canada, "Latin American countries" and the U.K. before Russia, citing "American sources."

He added that the topic of cyberattacks is "something to work on and the question of who, to what degree, needs to take on responsibility — that should be resolved during the negotiation process."

Putin went on to say that cybersecurity is "incredibly important in the world in general" and mentioned the Colonial Pipeline attack that created gas shortages up and down the United States' East Coast for several days until the company decided to pay a ransom between $4 million and $5 million.

PUTIN CALLS ACCUSATION OF CYBERATTACKS AGAINST US 'FARCICAL'

"We are encountering the same threats, for example, when it comes to the health care system of one of the big regions of the Russian Federation," the Russian president said of cyberattacks in his country. "And we see that this work is being coordinated from cyber, the cyber realm of the United States. I don't think that the United States, that the official authorities have any interest in such type of such types of manipulation manipulations."

He added that "throwing out these insinuations at the expert level" is "inappropriate."

"We should sit and start working. That's in the interests of the United States. And the Russian Federation," Putin said. "We've reached [an] agreement about that and Russia is prepared to do."

The Russian president has also denied any interference in the 2016 presidential election, though Facebook and U.S. lawmakers in 2017 exposed a number of accounts, groups and pages posting American political content while operating out of Russia.

Tensions between the two countries have risen recently over myriad issues including Ukraine, the Arctic, Russia’s treatment of opposition figure Alexey Navalny and accusations of cyber malfeasance.

The Biden administration last month said it planned to launch a task force aimed at cracking down on hackers responsible for ransomware attacks after the Colonial attack.