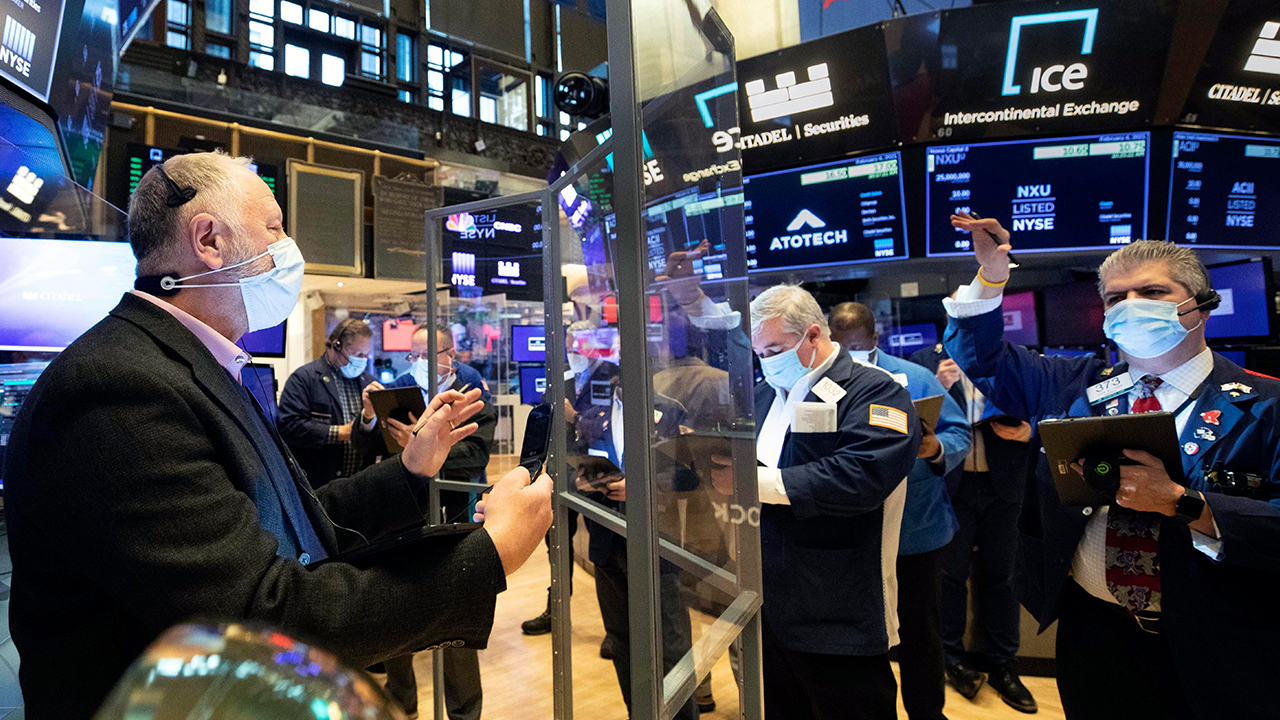 UBS managing director and senior portfolio manager Jason Katz argues investors should stay in the markets and be ‘bullish’ but also ‘discerning.’

The earnings parade rolls on this week as dozens of names including Tesla, Microsoft, Alphabet, Apple, Amazon, Facebook, Twitter, Ford, Starbucks and Boeing are set to report quarterly results.

This as U.S. stocks, in a down week, pulled slightly back from record levels.

Investors will also pay close attention to remarks from Federal Reserve Chairman Jerome Powell following the conclusion of the Federal Open Market Committee meeting on Wednesday as well as key economic and housing data in the back half of the week.

President Joe Biden will also address a joint session of Congress for the first time since taking office marking his first 100 days.

Kicking off earnings for the week is grocery giant Albertsons before the opening bell, while Tesla earnings will take the spotlight after the close as the company deals with the fallout of a deadly crash involving one of its electric vehicles in Harris County, Texas.

The U.S. Department of Commerce's Census Bureau will also release data on U.S. durable goods for the month of March.

The Senate and House will also hold a series of hearings on topics including childcare, climate, and the tax code, COVID scams, innovation in aerospace, the consumer protection and recovery act, fairness in the tax system, and the future of automobility and safety.

As for earnings, 3M, Crocs, Eli Lilly, General Electric, Hasbro, Invesco, Jet Blue, Raytheon, Sherwin Williams, TransUnion, and UPS will be among the big names to watch before the bell.

Tuesday will also be the day for housing data with the release of the Case-Shiller home price index and Federal Housing Finance Agency's monthly housing index. The consumer confidence index for the month of April will also be released.

On Wednesday, the FOMC meeting will wrap up with the release of the agency's decision on interest rates and its statement on monetary policy. Federal Reserve Chairman Jerome Powell will also give remarks at a press conference following the release of the decision.

Other economic data set to be released on Wednesday include mortgage applications and the Energy Information Administration's weekly crude stocks.

In addition, OPEC+ will meet on Wednesday following the group's decision to begin easing oil production cuts of about 7 million barrels per day. Saudi Arabia reportedly said it was phasing out its extra voluntary cuts by July, a move that will add 1 million bpd over the next three months.

Marking his first 100 day in office, President Joe Biden will outline his vision for the United States during his first address to a joint session of Congress since taking office. Biden is expected to unveil the American Families Plan, the second part of the administration's multi-trillion-dollar Build Back Better agenda, ahead of the address.

It comes just a few weeks after Biden released the American Jobs Plan, a $2.25 trillion tax and spending initiative that would make massive investments in the nation's roads and bridges, as well as water systems, green energy, hospitals, and eldercare. According to reports, the new measure is expected to call for roughly $1 trillion in new spending and about $500 billion in tax credits.

Other events to watch include the unveiling of Volkswagen's highly-anticipated ID.4 GTX electric vehicle and Samsung's Unpacked event, where the company is expected to release new Galaxy Book laptops as well as possible Chromebooks.

Meanwhile, Amazon, Allegiant Travel, Gilead Sciences, Texas Roadhouse and Twitter will be among the big names reporting earnings after the bell.

An artist's rendering of the Disney Wish. (Disney)

The Walt Disney Company will also hold a virtual event, dubbed Once Upon a Disney Wish, unveiling the newest addition to its cruise ship fleet.

The Happiest Place on Earth will also make its grand return as Disneyland reopens with COVID-19 restrictions in place on Friday.

Apple's AirTags, a small device designed to keep track of everyday items, such as keys or wallets, will also be available for purchase on Friday starting at $29.99. AirTags were unveiled during Apple's first online event of 2021 last week, along with the new iPhone 12, iPad Pro, iMacs, and much more.

Big names wrapping up the week for earnings include AbbVie, Charter Communications, Chevron, Clorox, Colgate-Palmolive and Exxon Mobil, all before the opening bell.

The consumer will also be in focus on Friday, with the release of personal income, personal consumption, and the final results for the University of Michigan consumer sentiment index for April. Other economic data on Friday includes core inflation for the month of March, the Chicago purchasing managers' index, and the employment cost index for the first quarter.