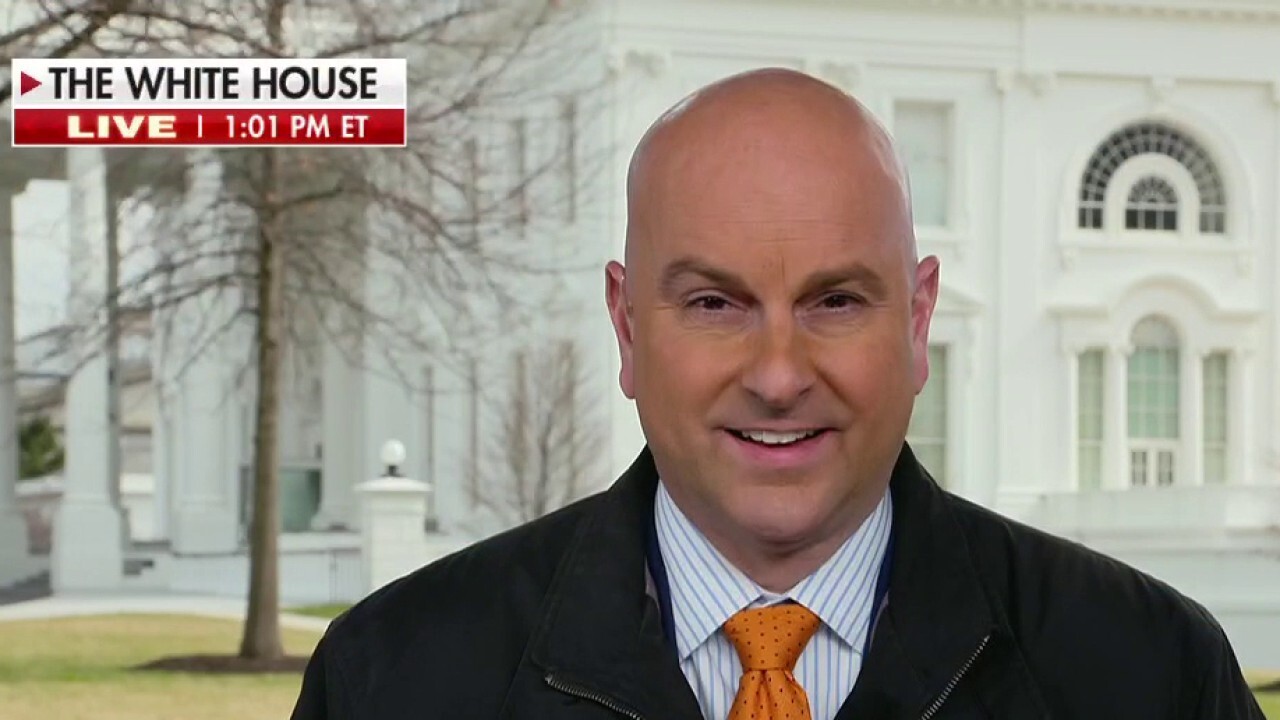 The Labor Department said Tuesday that its producer price index, which measures inflation at the wholesale level before it reaches consumers, surged 10% in February from the year-ago period. On a monthly basis, prices grew by 0.8% – a slight slowdown from January, when the gauge spiked by 1.2%.

FED EXPECTED TO HIKE RATES THIS WEEK, DESPITE UKRAINE VOLATILITY

Economists surveyed by Refinitiv expected producer inflation to rise by 10% on an annual basis and 0.9% from the previous month.

Core inflation at the wholesale level, which excludes the more volatile measurements of food and energy, increased 0.2% for the month, following a 0.8% increase in January. Over the past 12 months, core prices were up 6.6%.

Gasoline prices, which soared 14.8% in the month, accounted for nearly 40% of the February increase. Overall, prices for goods jumped 2.4% last month, while prices for services remained the same.

The surge in wholesale prices comes on the heels of a separate Labor Department report released last week that showed consumer prices climbed 7.9% in February from the previous year, the biggest increase since January 1982, when inflation hit 8.4%. Consumers are paying more for everyday necessities, including groceries, gasoline and cars.

The eye-popping reading – which marked the ninth consecutive month the gauge has been above 5% – has ramped up pressure on the Federal Reserve to chart a more aggressive course in normalizing monetary policy. The central bank is almost certain to raise interest rates at the conclusion of its two-day, policy-setting meeting on Wednesday, with most economists penciling in a 25-basis-point hike as the start of a series of increases that could last for most of the year.

Hiking interest rates tends to create higher rates on consumers and business loans, which slows the economy by forcing them to cut back on spending.

Fed Chairman Jerome Powell has left open the possibility of a rate hike at every meeting this year and has refused to rule out a more aggressive, half-percentage-point rate hike, but he said it's important to be "humble and nimble."

"We’re going to be led by the incoming data and the evolving outlook," he told reporters during the central bank's policy-setting meeting in January.

Sky-high inflation is a global problem that has been driven by a faster-than-expected economic recovery from the pandemic, strong consumer demand, an influx of government stimulus and disruptions in the global supply chain.

The war between Ukraine and Russia is also threatening to send global prices even higher as it impedes the world's access to energy supplies. Although oil prices dipped below $100 per barrel on Monday, gas prices in the U.S. remained above $4 a gallon.

"Next month’s report will include the geopolitical shocks from the Russian invasion of the U.S., so we expect volatility in the underlying data given the spikes in commodity prices," said Jeffrey Roach, chief economist for LPL Financial.