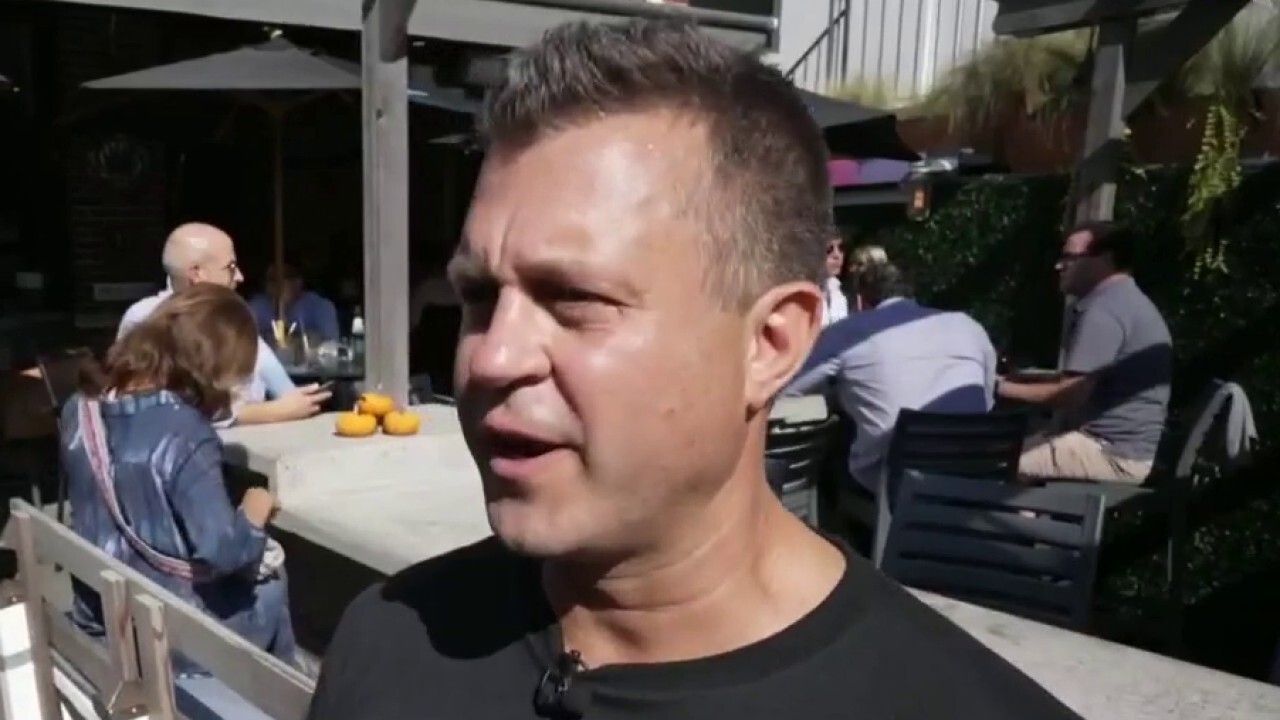 78% of CT restaurants are understaffed: Report

President Biden visited Connecticut on Friday to tout his spending and infrastructure plans, but restaurants in the state are wishing Washington's focus was on their future.

With the holiday season fast approaching, business owners are beginning to feel the heat from a rise in inflation, supply chain chaos and worker shortages.

"We’ve been getting crushed," said Nick Martschenko, owner of The South End Restaurant Group in New Canaan, Connecticut, about those widespread issues.

Between patron hesitancy, looming cold weather and continuing COVID-19 restrictions, restaurants are increasingly fearful the winter season will again not be kind to an already battered industry.

EX-WALMART CEO: HOW BIDEN SUPPLY CHAIN IS A ‘MESS FROM START TO FINISH’

"Unfortunately we have had to make some sort of cuts to our business hours," Martschenko remarked when asked about the litany of problems his group, which includes three restaurants, faces.

Indeed, the National Restaurant Association recently released a report that indicated a majority of restaurant operators are worse off now than they were three months ago. Additionally, the same survey found that 51% of restaurants said they would not be able to pay their rent in September.

With business uncertain for the rest of the year, the National Restaurant Association is calling for the Biden administration to replenish the Restaurant Revitalization Fund, which was instrumental in helping businesses hurt by the pandemic.

However, the fund was quickly drained as restaurants eligible for the program asked for far more than Congress approved — a whopping $72 billion in requests vs. $28.6 billion in congressional allocations — which has left some in the restaurant business feeling anxious about their prospects.

"The industry has lost almost $300 billion across our country in the last 19 months. We've obviously not been able to take that much out of federal government to offset those losses," said Scott Dolch, executive director at the Connecticut Restaurant Association.

"The Restaurant Revitalization Fund was critical. Twenty-eight billion dollars went back into our industry. But again, about $72 billion was requested for restaurants that needed it. So you have a big gap there where restaurants receive funding," Dolch continued.

Still, Dolch maintains some optimism. He thinks Congress can work together to continue supporting the industry.

"I'm hopeful that we can have people down in D.C. and our federal delegates continue to get together and understand, you know, we need to help every restaurant get back on their feet," he remarked.

Some are quick to warn that simply receiving more funds might not be a manna from heaven. The omnipresent issue of 2021 — inflation — is still a big factor.

"Inflation, you know, cost of goods, [are] just phenomenally through the roof. It's just one after another after another invoice coming in with more raises on a weekly basis," said Matt Storch, owner of Match Restaurant in South Norwalk, Connecticut.

Storch said inflation was his single biggest issue running the restaurant, with the cost of some items, such as fry oil, up 50%.

These price hikes are unfortunately passed onto the customer Storch said, which can hurt business as customers seek cheaper alternatives.

The Biden administration has been slow to quell the raising inflation rate.

The consumer price index, long a highly-watched inflation indicator, rose 5.4% year over year in September, according to the Labor Department, the fastest acceleration in 13 years.

Yet, senior officials in the Biden administration have been quick to dismiss inflation as an issue, with White House chief of staff Ron Klain retweeting an Obama administration official on Thursday calling inflation and supply chain issues "high class problems."

Furthermore, White House press secretary Jen Psaki has been steadfast that passing Biden’s multi-trillion plan is the only solution to inflation problems, which some critics are skeptical of.

Psaki discussed rising prices Friday, saying they were "a good thing" because it means "more people are buying goods."

Restaurant owners aren’t so sure though.

"No one wants to pay more for food," Martschenko concluded.