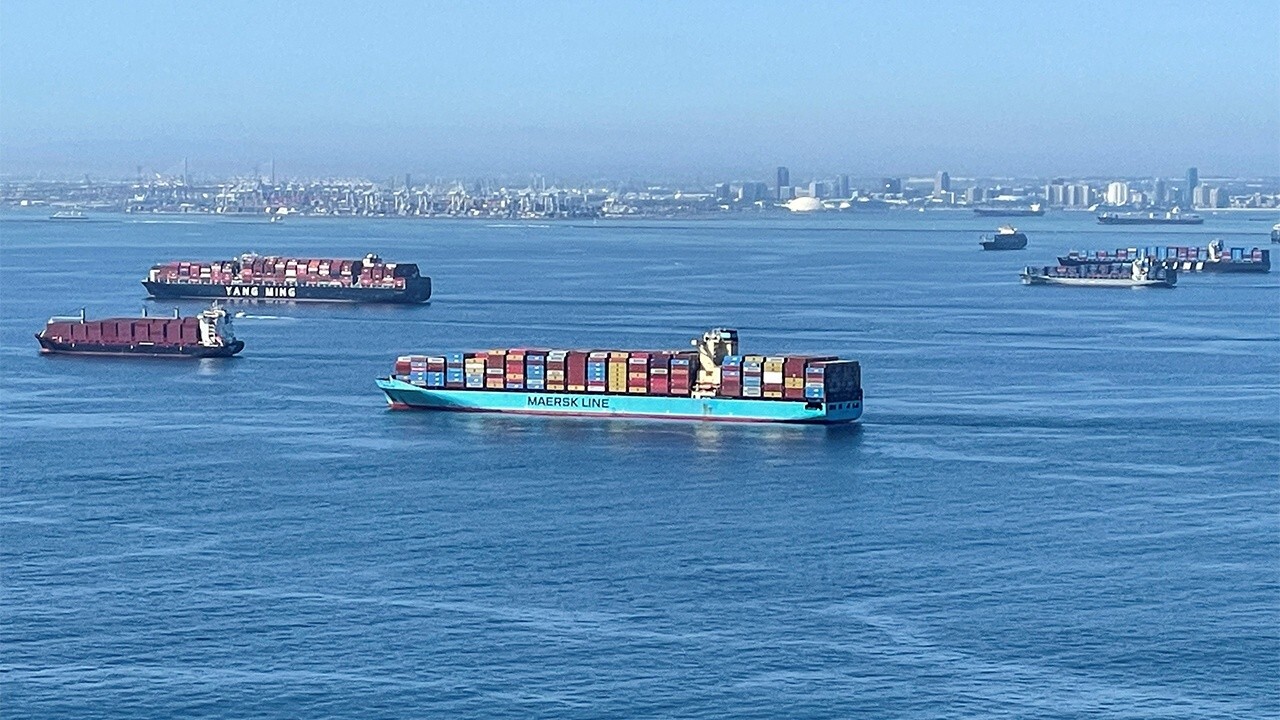 Although the Biden administration recently announced that the Port of Los Angeles will transition to 24/7 operations to help alleviate supply chain bottlenecks, the port's executive director, Gene Seroka, said a timeline for when that schedule change will actually take effect remains unclear.

"It’s not a single lever we can pull today to open up all the gates, but what we’re doing is trying to squeeze every minute, every hour of efficiency out of this port complex that we can, sharing information, building on those strong decades-long relationships, and with the strength of the federal government behind this," Seroka said during a media briefing Thursday. "The work here will be fast. It has to be … but it's bringing everyone together. There’s no timeline when suddenly we will wake up and everything will be 24/7."

Shipping containers are unloaded from a ship at a container terminal at the Port of Long Beach-Port of Los Angeles complex, in Los Angeles, California, U.S., April 7, 2021. REUTERS/Lucy Nicholson/File Photo (Reuters Photos)

The Port of Los Angeles and the neighboring Port of Long Beach account for approximately 40% of the nation's imports, according to the White House. Through August, Los Angeles and Long Beach have moved 30% more and 20% more containers, respectively, to help U.S. exporters reach customers around the world and U.S families and factories get the goods they need.

Over 125,000 companies import cargo through the Port of Los Angeles every year, while another 75,000 companies export through its facilities. Meanwhile, approximately 18,000 truck drivers are registered to do business at the port.

Seroka's comments come as the Port of Los Angeles has recorded the busiest year in its 114-year history.

The Port of Los Angeles has been averaging more than 900,000 container units for the past 14 consecutive months. As of Thursday, the port processed more than 8.1 million units for the year, up 26.4% from last year, amid a surge in consumer demand.

White House Port Envoy John Porcari noted at the briefing that meetings to resolve existing barriers to 24/7 operation at the Port of Los Angeles will kick off on Friday and that reducing backlogs will require cooperation among multiple private sector players within the supply chain.

"This is not flipping a light switch," he added. "It’s a series of individual, discrete problem-solving actions that lower barriers to 24/7 operations and increase volumes."

Moving forward, the Port of Los Angeles will double the number of hours that cargo is transferred from container ships to trucks and aim to unload 3,500 more containers during the night each week. Members of the International Longshore and Warehouse Union will work the extra shifts, the White House said.

Porcari's office is also actively pursuing inland pop-up sites, which would ground containers on public or private property on an interim basis to avoid taking up space at the ports, and is working with individual states to streamline the process for obtaining commercial driver’s licenses to increase the pipeline for truck drivers. Nationwide, there is a shortage of approximately 30,000 truck drivers.

In addition, companies including Walmart, Target, Home Depot, Samsung, FedEx and UPS have committed to help speed up the process of clearing cargo from the port to reduce congestion.