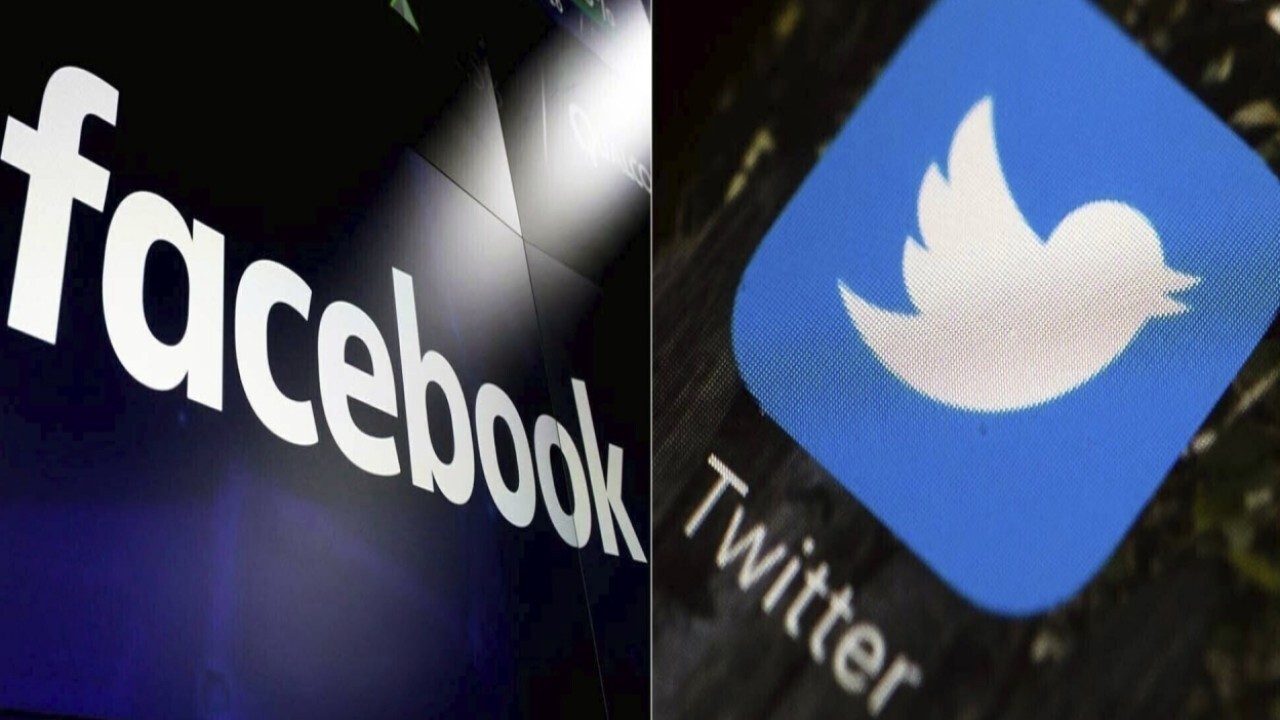 A spokesman for Israeli Justice Minister Benny Gantz on Thursday told executives of Facebook, which owns Instagram, and Tik Tok during a Zoom meeting that the current round of violence is being "intentionally stirred through social media by extremist elements" sworn to damage Israel.

The spokesman said the executives expressed their commitment to act quickly and effectively to prevent incitement on their networks.

Facebook, Twitter and TikTok all have policies against hateful conduct and posts that could lead to harm or violence; the companies may remove or otherwise censor posts that violate their policies, and automated content moderation systems are known to sometimes result in error.

But many social media users — several of whom spoke to FOX Business — argue that the companies are suppressing their voices online.

Many users complained of "shadowbanning," a term for when social media companies remove or censor content that creators share with their followers without notifying them first. Others highlighted significant drops in views on political content compared to the everyday creator content they usually post.

"…I normally get about 24,000 views, and since I started posting about Israel, one day to the next, it was immediately cut to half. That's what Instagram usually does when they shadow[ban]," Dalia Oziel, a Jewish singer and Instagram influencer with more than 36,000 followers, told FOX Business. "I put up [an Instagram] Reel on my page … talking about people getting shadowbanned, and people were trying to add it to their story and tag me, and it wouldn't let them. It said ‘upload failed’ and 'try again,' and they tried without tagging my name and it worked."

She continued: "Instagram is not allowing it to reach the voices it needs to reach. It's unreal to know that you actually don't have freedom of speech. It's our right as Americans but we don't have it."

A Facebook spokesperson said the company has "dedicated teams, which include native Arabic and Hebrew speakers, closely monitoring the situation on the ground."

"We’re focused on removing content that breaks our rules to help keep our community safe, while making sure people can keep sharing what matters to them," the spokesperson said.

Oziel shared screenshots of people having trouble sharing her Reel, which are videos Instagram users can edit and post through the app with music and graphics.

Another Jewish influencer and hairstylist, Penina Sebbag-Kunstler, who has more than 33,000 followers, shared similar concerns after she tried to repost something from the Israeli Defense Force (IDF) on Instagram.

"There was no message from Instagram and there was no email, no alert, nothing like that. For me, I was reposting from the IDF and Stand With Us [Instagram accounts]. I was resharing that, as well, as I did have a couple videos of myself just speaking about the situation ... and then I woke up the next day, and my views were strangely low," she said.

She continued: "I'm an influencer, I post my work online every day so I have a pretty good gauge of what's normal. I know within a certain amount of time how many views I'll get."

Sebbag-Kunstler added that she believes Instagram is shadowbanning her because she usually reaches between 10,000 and 20,000 users within a 12-hour window but only reached half those numbers on Wednesday.

Another user, @RememberMeHome, who shares recipes on her page, told FOX Business she shared one political post among the various cooking videos and photos she shares on her Instagram story and said she was "shocked at my lack of view [numbers] and kept refreshing the page."

Even the Israel Defense Forces shared on Twitter they were experiencing issues.

PROPOSED ‘INSTAGRAM FOR KIDS’ WOULD BE A DISASTER: MISSOURI AG

One Instagrammer who wished to remain anonymous sent a screen-share video showing her trying to report Swastika comments on the app and being immediately sent back to the app's dashboard.

TikTok did not immediately respond to an inquiry from FOX Business.

Twitter told FOX Business in a statement that it is not taking action against posts specifically related to the Israel-Palestinian conflict.

"Defending and respecting the voices of the people who use our service is one of our core values at Twitter," the company said, adding that the company uses both human and automated moderators to review content and in some cases, its automated systems may take enforcement action in error through an automated spam filter.

A Facebook spokesperson said its "thoughts are with everyone affected by the horrific ongoing violence."

"We know there have been several issues that have impacted people’s ability to share on our apps, including a technical bug that affected Stories around the world, and an error which temporarily restricted content from being viewed. … While both issues have been fixed, they never should have happened in the first place. We’re so sorry to everyone who felt they couldn’t bring attention to important events, or who felt this was a deliberate suppression of their voice. This was never our intention," a spokesperson said.

"As [actor] Sacha Baron Cohen said, they're not the city square, they're the biggest publisher[s] in the world," the author of "Israel: A Simple Guide to the Most Misunderstood Country on Earth" explained. "If Johnson and Johnson said, ‘Our baby oil is going to help your hair grow’ but it doesn't ... there has to be truth in advertisements."

She added, however, that social media companies "do actually need to start to take responsibility for the anti-Semitism [on their platforms]."

"They can't sit by idly anymore. They're the biggest publisher[s] than anyone has ever seen," she said.