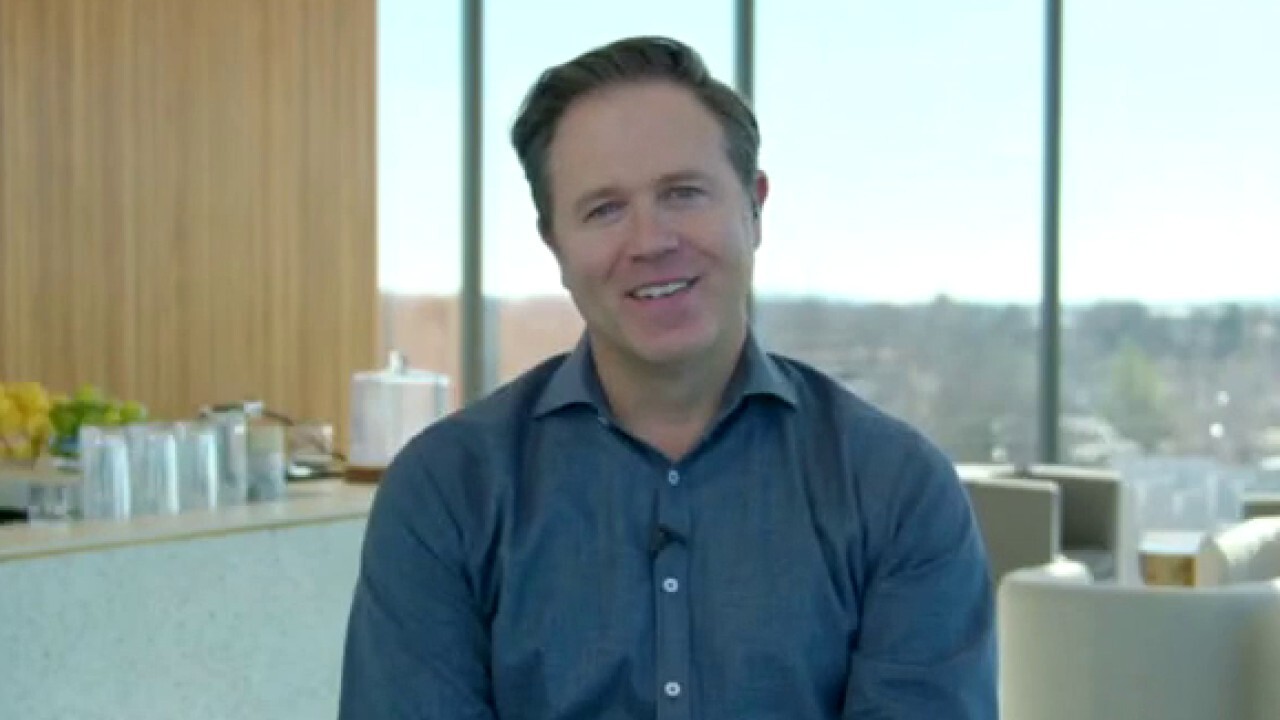 The Biden and Trump administrations had years of warnings. But the government failed this week to avoid a collision between U.S. telecom companies and airlines over the rollout of new 5G cellular networks.

That failure, rooted in longstanding disagreements over potential risk and a lack of cooperation by U.S. regulators, led to a last-minute scramble that threatened the cancellation of thousands of flights and raised tensions between two powerful industries.

Since 2015, the Federal Aviation Administration has questioned whether decades-old aviation equipment would be disrupted by new cellular signals. The risk to aircraft from new 5G services has been dismissed by the telecom industry and its regulator.

Yet the FAA, still sifting through a flood of wireless-company data, was altering flight-safety instructions in the days leading up to the 5G rollout. Boeing Co. , meanwhile, began talking last weekend with users of its 777 jets about possibly halting flights into major U.S. airports ahead of the 5G debut. Along with questions about shifting FAA restrictions, that set off days of panicked calls among airline chiefs and White House officials, people familiar with the matter said.

"I can’t believe that it’s come to this," United Airlines Holdings Inc. Chief Executive Scott Kirby wrote in a Tuesday email to senior Biden administration officials that was viewed by The Wall Street Journal.

International airlines on Tuesday announced the cancellation of some U.S.-bound flights, and carriers rushed to adjust schedules until AT&T Inc. and Verizon Communications Inc. agreed to limit 5G signals near major airports. That prompted the FAA to ease restrictions.

"It wasn’t our finest hour, I think, as a country," Doug Parker, chief executive of American Airlines Group Inc., said on an earnings call Thursday.

Telecom companies are counting on fifth-generation wireless standards to keep up with growing demand by customers for streaming videos, mobile games and other data-hungry apps, as well as to develop new revenue streams.

AT&T and Verizon together picked up most of the industry’s more than $81 billion tab to secure air rights for the new high-speed wireless service—a central plank of their strategies—and invested a fortune on advertising, personnel and equipment. They say real-world experience in other countries shows that aircraft are safe from any 5G-related disruptions

That view is backed by the Federal Communications Commission, which controls commercial airwaves, but not the FAA, which is responsible for air safety. Telecom-industry groups say aviation officials disrupted multi billion-dollar investments with last-minute alarm based on thin evidence.

Aviation companies and their regulators say the rush to reach 5G development goals threatens the safety and reliability of a global economy reliant on air travel.

"We have, in this case, two very different industries that have different ways of looking at risk, and I think over the last couple of months, we understand each other much better than we did before," FAA Administrator Steve Dickson said Wednesday. "Keep in mind, the telecommunications companies, we’re not their regulator."

Countries including France and Norway have run basic tests with helicopters. U.S. engineers only this week started a process to measure 5G’s effect on military helicopters.

Dozens of countries have deployed similar 5G service, though at different power levels and, in some cases, with limitations near airports.

The agreement Tuesday by AT&T and Verizon to restrict 5G signals around major airports helped avert broad disruption to passengers but the rushed process still had consequences. After the new signal began beaming to customers, some commuter flights on smaller jets were barred from landing Thursday in San Francisco because the FAA hadn’t yet cleared them for low-visibility conditions.

The fissures that emerged over the past week have been developing since telecom companies began pushing for international standards to support next-generation wireless technology a half decade ago. U.S. officials, wary of falling behind countries like China, plunged into a development campaign.

Starting during the Trump administration, officials encouraged policies to ease investments in new fifth-generation, or 5G, wireless service. Democratic and Republican lawmakers warned that without more spectrum licenses to fuel network upgrades, the American tech industry would fall behind China’s.

The FCC in 2017 began taking public comments about opening a set of radio frequencies known as the C-band to cellphone carriers and how it could affect satellite companies, aviation and other industries. C-band later became the basis for some telecom companies’ 5G expansion plans.

Aviation officials sought to delay an FCC auction of C-band spectrum licenses, which started in late 2020. A letter signed by Mr. Dickson and then-Transportation Department general counsel Steven Bradbury to the NTIA warned of possible interference with radar altimeters in aircraft.

"The aviation industry needs a considerable transition period" to develop, test and retrofit potentially at-risk equipment, wrote Messrs. Dickson and Bradbury. "Depending on the results of further analysis, it may be appropriate to place restrictions on certain types of operations, which would reduce access to core airports in the U.S."

Larry Kudlow, the director of the National Economic Council in the Trump administration, said experts at the White House Office of Science and Technology policy reviewed the altimeter-interference claims and rejected them.

"We looked at it and decided on science grounds and communications-policy grounds and national-security grounds," he said. On Thursday, he added, "It’s hard for me to look at this any other way than a turf battle."

Tom Wheeler, the FCC chairman under President Barack Obama from 2013 to 2017, agreed that the commission’s engineering judgment was sound. But he said the federal government should underwrite altimeter upgrades requested by the aviation industry. "If there’s $81 billion sitting in the U.S. Treasury, it should get fixed," he said. "There’s the money."

FCC Commissioner Brendan Carr, a Republican, said the Biden administration should have more forcefully backed the FCC over FAA objections that he called unfounded. "It was the job of the White House to say, ‘No, this process has been run, we’re siding with the science,’ " he said.

An FAA spokesman said the agency has followed its long-established safety process. "This process is one of the key reasons that U.S. commercial air travel is the safest form of transportation in the world," he said.

Late last year, AT&T and Verizon agreed to delay a planned Dec. 5, 2021, rollout of their new 5G services after FAA officials began drafting policies to restrict flights because of the new signals.

By early January, government officials endorsed a wireless-industry plan to launch the new 5G networks while dimming the signals near airports. The cellphone carriers agreed to delay the rollout until Jan. 19, giving the aviation industry more time to reduce disruptions by clearing certain aircraft and airports as safe for low-visibility landings that relied on especially sensitive equipment.

In the past two weeks, the FAA grew more concerned about related systems in many planes that rely on data from altimeters, according to people familiar with the issue. The agency also received shifting data on the number of cell towers that would operate near airports. FAA officials weren’t sure the signal buffer zones would be large enough to prevent potential interference, according to people familiar with the matter.

"It was a holy cow moment," said Nick Calio, chief executive of the industry trade group Airlines for America.

On Jan. 14, the FAA warned that many of the 50 U.S. airports of concern to major airlines would face restrictions keeping specific aircraft from landing, according to industry and government officials, as well as an agency presentation viewed by the Journal.

Late Monday, Boeing advised such customers as Emirates Airline and All Nippon Airways Co. that its 777 wide-body jet, a workhorse of international travel, shouldn’t fly to certain U.S. airports where the new 5G service would be deployed. Without FAA clearance, the jet would be effectively blocked from many of its destination airports. The 747-8 faced similar limits.

On Tuesday, AT&T and Verizon agreed to the 5G limits. Their new wireless services went live Wednesday, but any cell tower within 2 miles of a major runway wouldn’t use the new signals.

Verizon, which previously said its high-speed link would cover 100 million people, later downgraded that figure to more than 90 million. A company spokesman said Verizon planned to fulfill its 100 million target for network coverage by the end of March.

Verizon spent more than any other wireless company to secure the C-band spectrum. Chief Executive Hans Vestberg said in a TV interview that the service activated Wednesday will substantially improve network performance despite the temporary limits.

Airline chiefs said this week that they believed the 5G agreement blunted the potentially worst impact to their operations. But government agencies and industry leaders should have worked to avert the problem earlier, they said.

"Frankly, we are the end user of this dysfunction," Mr. Parker, the American Airlines chief executive, said Thursday. "We screamed as loud as we could. And fortunately, people listened."