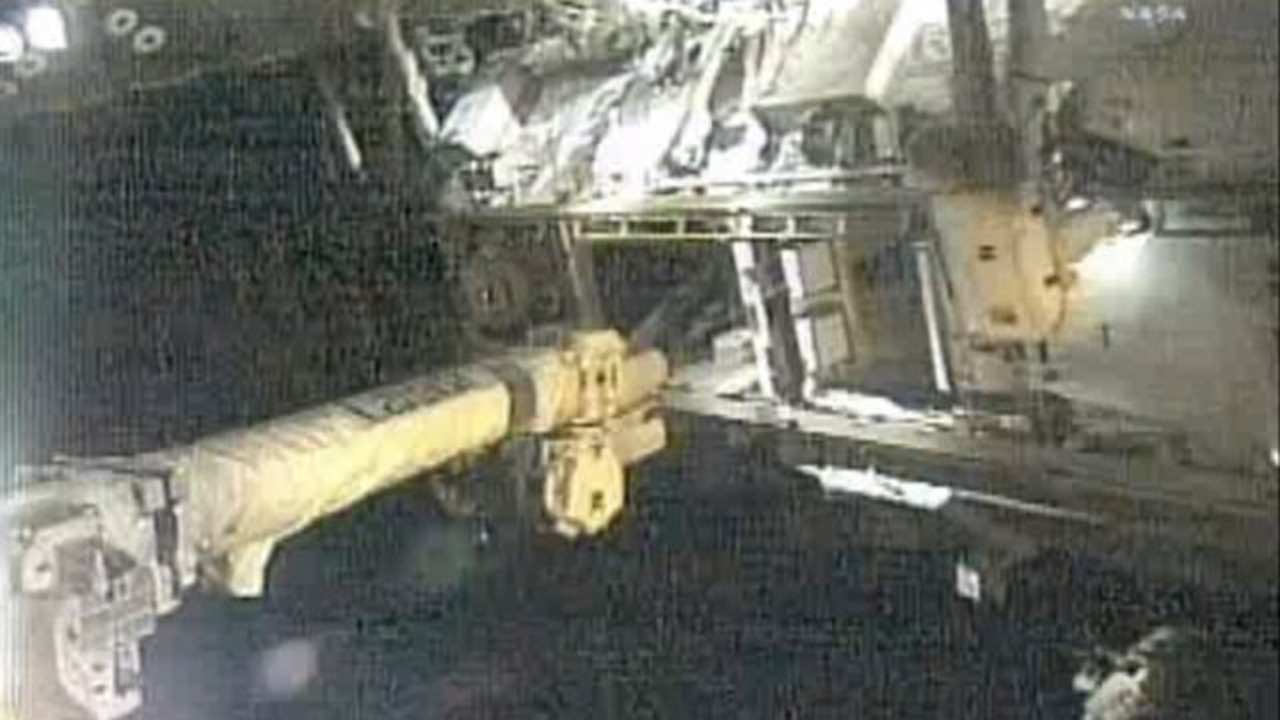 NASA astronauts are replacing an antenna on the International Space Station

NASA astronauts are replacing an antenna on the International Space Station

SpaceX CEO Elon Musk has warned that while a potential bankruptcy for the aerospace company in the event of a severe global recession is "unlikely," it is "not impossible."

"If a severe global recession were to dry up capital availability / liquidity while SpaceX was losing billions on Starlink & Starship, then bankruptcy, while still unlikely, is not impossible," Musk tweeted Tuesday.

TESLA'S CYBERTRUCK-STYLE CYBERWHISTLE IS SOLD OUT

The tweet came in response to reports of a leaked email by Musk in which he said the company could face a "genuine risk of bankruptcy" if its Raptor engine production is not enough for a "Starship flight rate of at least once every two weeks."

Tesla CEO Elon Musk talks during a tour of the plant of the future foundry of the Tesla Gigafactory on Aug. 13, 2021, in Grünheide near Berlin, Germany.  ((Photo by Patrick Pleul - Pool/Getty Images) / Getty Images)

"Unfortunately, the Raptor production crisis is much worse than it had seemed a few weeks ago. As we have dug into the issues following the exiting of prior senior management, they have unfortunately turned out to be far more severe than was reported. There is no way to sugarcoat this," Musk wrote in the email sent over Thanksgiving weekend, which was first reported by Space Explored. "I was going to take this weekend off, as my first weekend off in a long time, but instead, I will be on the Raptor line all night and through the weekend."

Musk proceeded to call for all hands on deck to "recover from what is, quite frankly, a disaster," adding that if SpaceX cannot get enough reliable Raptor engines made, then Starship and Starlink's second-generation satellites will not fly.

SpaceX plans to ramp up Starlink terminal production to "several million units per year," assuming that Starlink V2 will be in orbit to handle the bandwidth demand, according to the email. Musk emphasized Starlink V1 is "financially weak" on its own and stressed that the terminals will "be useless otherwise."

While the over 1,000 Starlink V1 satellites sent to orbit to date were transported on SpaceX's Falcon 9 rockets, Musk said they do not have the mass or volume needed to deploy the second-generation satellites.

Though a SpaceX spokesperson did not return FOX Business' request for comment on the reported email, Musk replied to a user on Twitter that the Raptor issue is "getting fixed."

Musk added in a separate tweet that the magnitude of the Starship program is "not widely appreciated."

"It is designed to extend life to Mars (and the moon), which requires ~1000 times more payload to orbit than all current Earth rockets combined," he said.

Musk told the Space Studies Board and Board on Physics and Astronomy at the National Academies last month that SpaceX is "hoping" to launch Starship's first orbital flight in January, subject to completion of the Federal Aviation Administration's environmental review of the spacecraft's orbital launch site in Boca Chica, Texas, by the end of the year.

"There is a lot of risk associated with this first launch, so I would not say that it is likely to be successful, but I think we'll make a lot of progress," he noted.

In addition to SpaceX, Musk previously disclosed that electric vehicle maker Tesla nearly faced bankruptcy twice: once around Christmas Eve in 2008 and once during Model 3 production from 2017 to 2019.