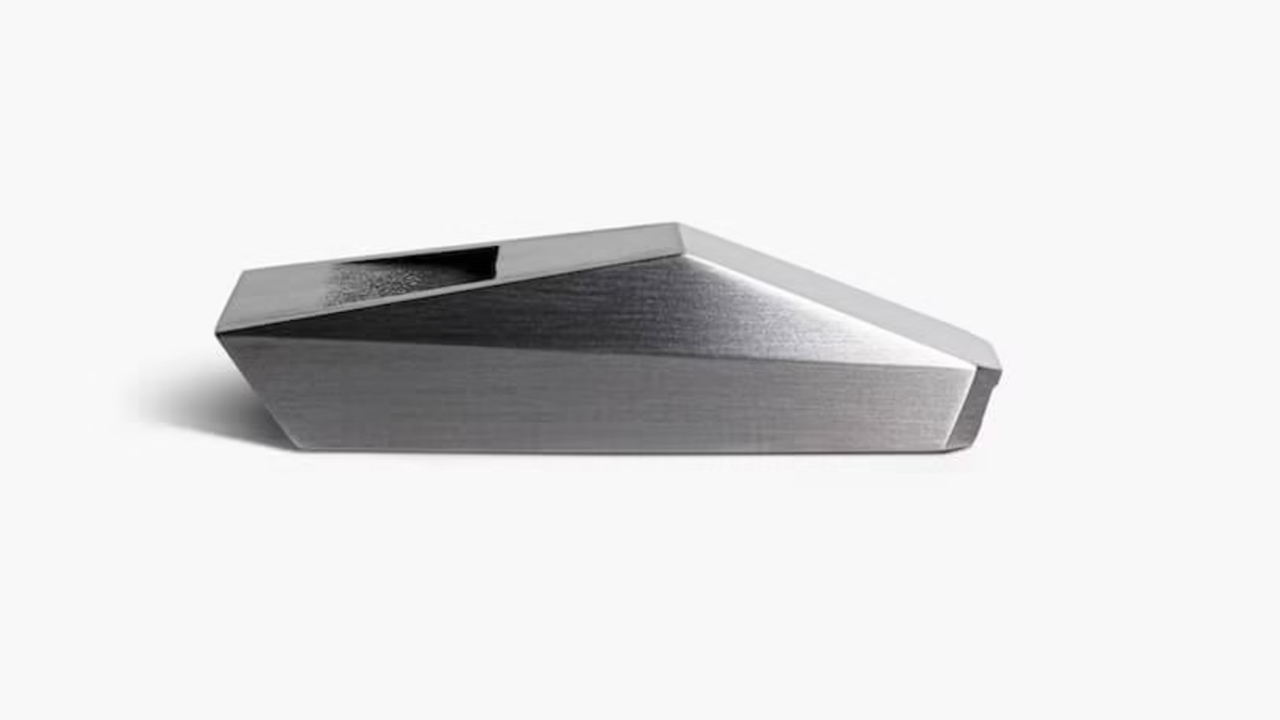 Tesla is tooting its own … whistle.

The Tesla Cyberwhistle is designed to look like the Cybertruck. (Tesla)

The electric automaker launched and quickly sold out of a Cyberwhistle designed to look like the Tesla Cybertruck on Tuesday.

The $50 novelty is described as "a premium collectible made from medical-grade stainless steel with a polished finish" that "includes an integrated attachment feature for added versatility."

The Cyberwhistle comes in a collectible case. (Tesla)

The whistle is designed for the user to blow into what would be the front of the Cybertruck as air escapes through the bed.

"Blow the whistle on Tesla!" Elon Musk tweeted, in a possible reference to the numerous workers rights lawsuits that have been levied against the automaker.

The Tesla Decanter is priced at $150 and is the same as the bottle used for the limited-edition Teslaquila. (Tesla)

Tesla has previously offered several items for sale that were based on Musk's social media antics, including Short Shorts priced at $69.420 that were meant as critique of investors attempting to short-sell the company's stock, and $250 bottles of Teslaquila, which was based on an April Fool's Day post in 2018 that included an image of a passed-out Musk holding a "bankwupt" sign and described as being "surrounded by ‘Teslaquilla’ bottles, the tracks of dried tears still visible on his cheeks."

Musk also tweeted of the Cybertwhistle, "Don’t waste your money on that silly Apple Cloth, buy our whistle instead!" in an apparent slight of a $19 Apple Cloth cleaning cloth offered by the electronics company that he had previously joked about in a tweet aimed at Apple CEO Tim Cook.

Tesla's website does not indicate if or when more Cyberwhistles will be added but does currently list an empty version of the lightning-bolt shaped Teslaquila bottle that's sold as a decanter for $150.