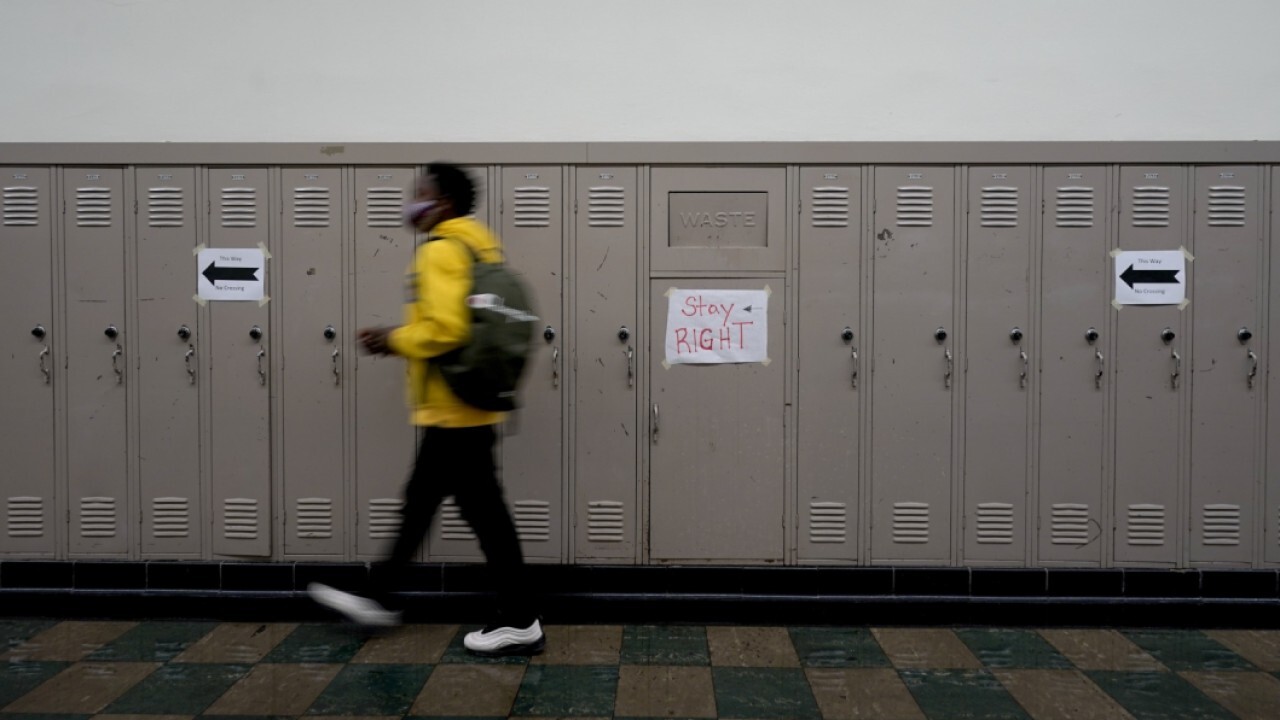 This year was 'a total loss' for public school kids: Education expert

Brady, who holds six SB rings from his tenure with the New England Patriots, is backing a new education technology company as part of a $12 million funding round.

MOST SCHOOLS NOT FULLY OPEN DESPITE FUNDING INJECTION FROM DEMS' $1.9T RELIEF BILL

"As most parents experienced first-hand, the pandemic highlighted the need for better online teaching and learning technology," Brady said in a statement. "I am pleased to partner with Michael Chasen, a proven education and technology pioneer and fellow father of three, to bring the promise, potential, and power of the digital classroom to people around the world."

"We quickly set up a meeting and I demoed the technology for him over Zoom and he said, 'oh, I totally get this, this is exactly what I'm interested in and said he was interested in investing," Chasen said. "So of course, to have someone who is globally recognized like Tom, who is also passionate about helping people, education and is a natural leader, as someone who we could add to supporting the company was a no-brainer."

While Brady is expected to serve a more passive role in the company, such as helping to raise capital and offering occasional advice, Chasen noted Brady's involvement all depends on his availability and level of interest.

"We're looking forward to being able to work closely with him going forward," Chasen said.

In addition to Brady and Oseary, Salesforce Ventures, the global investment arm of the Marc Benioff-led software company, and venture capital firm Sound Ventures took part in the financing round.

The investment, which will be used to accelerate the rollout of Class' software and support increased global demand, brings the company's total funding raised to more than $58 million.

Chasen came up with the idea for Class Technologies nine months ago after seeing his son and two daughters struggle with the transition to online learning during the pandemic and speaking with their teachers about the challenges they faced keeping students engaged.

At the time, Chasen had co-founded and was serving as the chief executive officer of Blackboard, a web-based course management system that enables instructors to provide students with online course materials, discussion boards, virtual chat, online quizzes, and an academic resource center. He decided to gather a group of Blackboard developers and add new features to Zoom's existing software development kit to help the teachers bring their classrooms online.

"We had received over 4,000 inbound leads. We're now actually up to 15000 inbound leads," Chasen said. "So almost no marketing at all just schools contacting us that are interested in using our technology."

While the company's main focus moving forward is on sales, ramping up hiring and getting its product into the hands of clients, Chasen believes Class Technologies has some "incredibly strong potential" to grow both in the United States and across the globe.

"Education itself is being redefined because of what's happened during COVID. You can't take hundreds of thousands of teachers and millions of students, put them all online and not expect there to be giant changes and ramifications and deployment of technology in the sector," Chasen said. "I think [Zoom] has sped up online learning by five to 10 years."

He believes that growing acceptance of online learning will ultimately help lower costs and increase access to education in the coming years.

"I think there's a big role for Class Technologies to play going forward," Chasen added. "I'm excited to see the changes in the industry and what happens as we move forward."