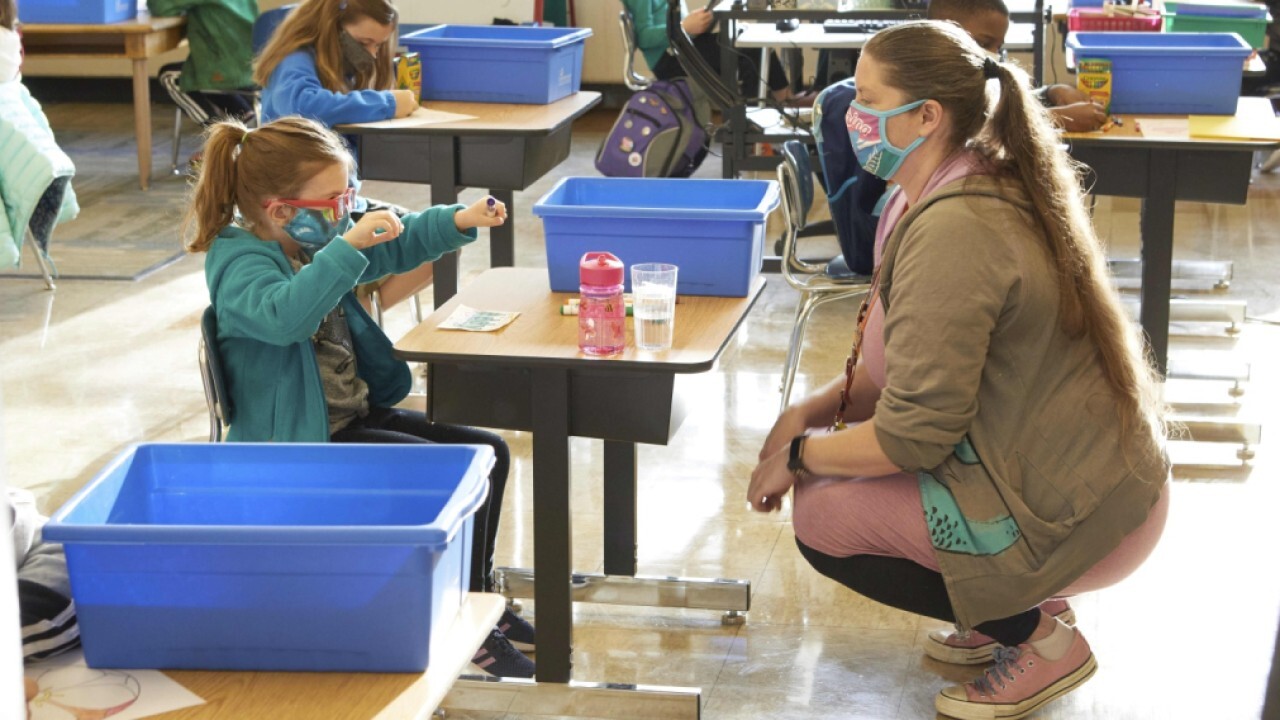 Democrats made schools a priority in their $1.9 trillion relief bill, but data show a majority of students continue to learn remotely at least part of the time.

As of March 29, about 42% of public school districts were fully open for in-person instruction, compared with 7% that were fully remote and more than 50% that were a hybrid of the options, according to the Return 2 Learn website. The data were compiled by the American Enterprise Institute in partnership with the College Crisis Initiative of Davidson College and monitors more than 8,000 public school districts.

Democrats allocated more than $128 billion to schools in the American Rescue Plan, though the Congressional Budget Office estimated that the bulk of this money would be spent after 2021 because there are previously unspent funds to be used to support school reopenings.

The New York Times also noted that school districts have sweeping authority to dispense the funds at their discretion, which has raised concerns about how the money will be spent.

Republicans have criticized teachers' unions for slowing the reopening process.

The unions have brought up concerns about the safety of staff.

Biden has made an effort to get teachers vaccinated, directing states to make them eligible at the beginning of March. Other school staff members were also to be prioritized by the federal pharmacy vaccine program for the month.

The Centers for Disease Control and Prevention noted that as of the end of March, about 80% of pre-K-12 teachers had received at least one dose of the vaccine.

Pfizer also recently announced that its vaccine was 100% effective during trials involving children aged 12 to 15.

Biden has set of goal of reopening the majority of K-8 classrooms for in-person learning by the end of the month.