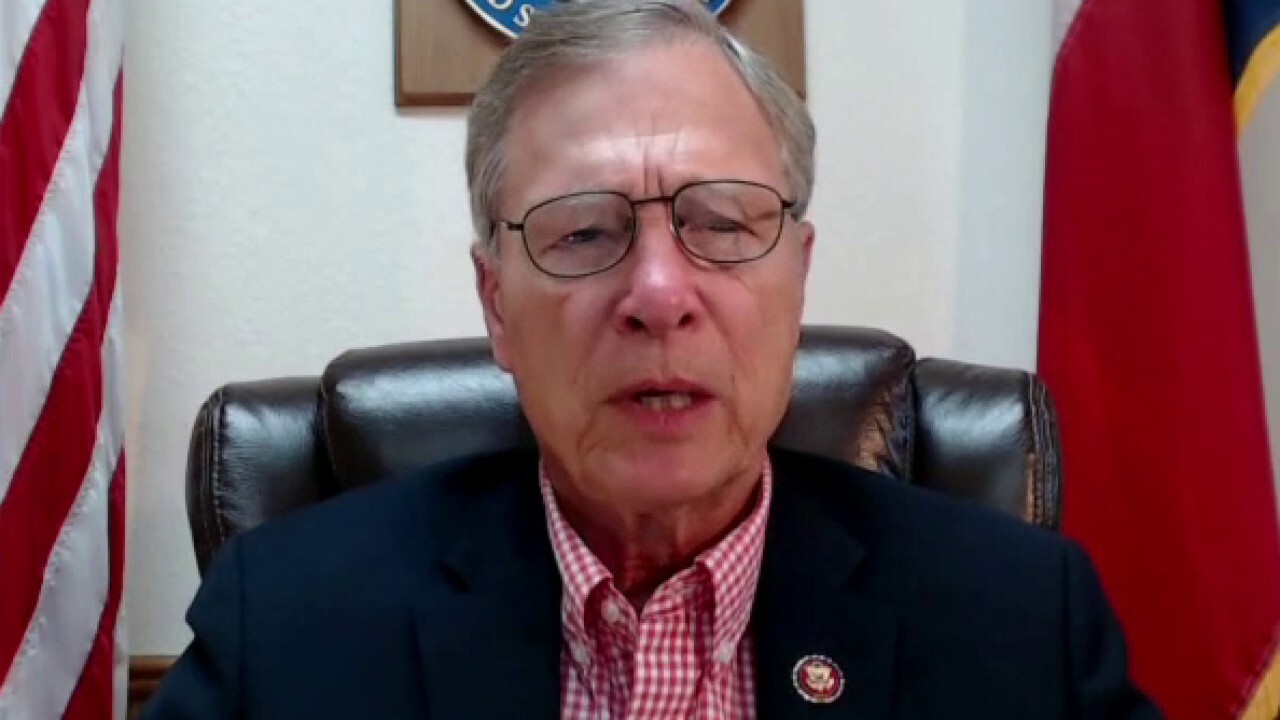 A group of bipartisan, bicameral lawmakers are preparing to reveal a roughly $878 billion infrastructure proposal, to be paid for over the next five to eight years.

Republicans' offer to the White House was a $1.1 trillion offer over eight years. Lawmakers involved in the $878 billion plan include Sens. Joe Manchin, D-W.Va., Kyrsten Sinema, D-Ariz., Mitt Romney, R-Utah, Susan Collins, R-Maine, and Rob Portman, R-Ohio, plus Reps. Josh Gottheimer, D-N.J., and Brian Fitzpatrick, R-Pa. There are still unresolved questions about the amount of new spending, and whether it would be better suited for an eight-year plan rather than the original five.

One of the pay-fors would be a carbon pricing proposal as a revenue generator: $24 per metric ton, which actually exceeds the standard of the Paris climate accord.

Manchin said Republicans' negotiations with the White House are "moving in the right direction" on "Fox News Sunday."

"I commend the President and Sen. [Shelley Moore] Capito, my colleague from West Virginia, for continuing to work hard … trying to find a compromise. They've come a long way, and they're moving in the right direction," he said. "I still have all the confidence in the world we're going to get there. My goodness, the president has gone from $2.25 trillion down to $1 trillion, the Republicans have come up quite a bit from where they started."

However, Commerce Secretary Gina Raimondo warned on "This Week" that the White House would not engage in an endless back and forth with Republicans.

MANCHIN BREAKS FROM DEMS ON S1 ELECTION BILL: 'WRONG PIECE OF LEGISLATION' TO UNITE US

"I have spoken with many legislators in the Senate, Republican and Democrat. There is broad desire to have bipartisan agreement that is good for the country. The president is leading us to continue to stay at the table," Raimondo said. "We won't do this forever. But right now, there are good faith efforts on both sides. And we're going to continue the work of, you know, doing our job and trying to get a bipartisan agreement."

"We have more of a robust energy section. We do some of the things that they're hoping to do. For example, capping methane, capping old gas, abandoned oil and gas wells helps decrease methane. We also would fund Superfund cleanup. Again, not quite the traditional definition of infrastructure, but this is a negotiation, and we think we're meeting them kind of where they want to be when it comes to that component of it," Cassidy said in May.

He insisted his group's efforts would not interfere with negotiations led by Capito on behalf of Republicans.

"I have spoken to the administration, the different folks from the White House and Cabinet secretaries, but there's been no commitment and again let me say I'm still supporting what Shelley's doing," Cassidy said.

"The group that's working on a bipartisan basis here in the Senate is working to support what Shelley [Moore Capito] is doing so we're not competing groups, right," Portman told Fox News in May. "We want to avoid getting in their way. Ideally they would make an agreement. We are trading information back and forth, but it's not an effort to do a separate process. It's really to try to help make this work by showing there's bipartisan support."

Some Democrats have been advocating for the Biden administration to abandon talks with Republicans and pass a massive spending bill without GOP votes under budget reconciliation.

Budget reconciliation is a process that allows the Senate majority to circumvent a minority filibuster, which would let Democrats pass a spending bill with only Democrat votes. Democrats say the Senate parliamentarian gave them the green light to do that multiple times in a year, though the logistics of such a move are still unclear.

The politics of it could be even harder to manage, however, especially after weeks of infrastructure negotiations that most involved say have the potential to be fruitful.

Democrats would need all 50 members of their Senate conference on board with such a move for it to succeed. That would include Manchin and Sinema, both of whom might recoil at the prospect of abandoning bipartisanship on this issue.