The former acting director and a 23-year veteran of the Federal Bureau of Investigation filed a lawsuit against the Department of Justice and the FBI Thursday, demanding taxpayers foot the bill for his full pension and healthcare benefits he missed out on when he was fired last year.

Andrew McCabe - whom an inspector general found had improperly leaked information to a reporter and lied about it to his boss, then-FBI Director James Comey - is blaming President Trump for his firing, according to the lawsuit.

McCabe claims he was illegally fired as part of a plot by President Trump to rid the bureau and the DOJ of employees who were not politically loyal to him.

The March 28 dismissal of McCabe came just 24 hours before he was set to retire.

His ouster, the suit claims, cost him significant retirement benefits and harmed his "reputation and political standing."

It’s unclear exactly how much money he lost when he was fired the day before he planned to collect those benefits.

Reports he lost his entire pension over the firing were not true. 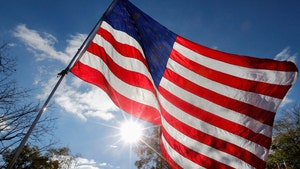 Trish Regan: It’s time for the American public to find out the truth

FBN’s Trish Regan on the fallout from the Mueller report.

The Washington Post reported Wisconsin Rep. Mark Pocan (D-WI), offered a job to McCabe so he could reach the length needed of public law enforcement service to retire.

His attorneys are asking he be retroactively reinstated so he can be paid his full “law enforcement pension, healthcare insurance and other retirement benefits.”

McCabe also wants his personnel file expunged in what he calls an “unconstitutional” demotion and termination.

The lawsuit comes two days after former FBI agent Peter Strzok filed one, claiming the bureau caved to "unrelenting pressure" from the president to fire him.