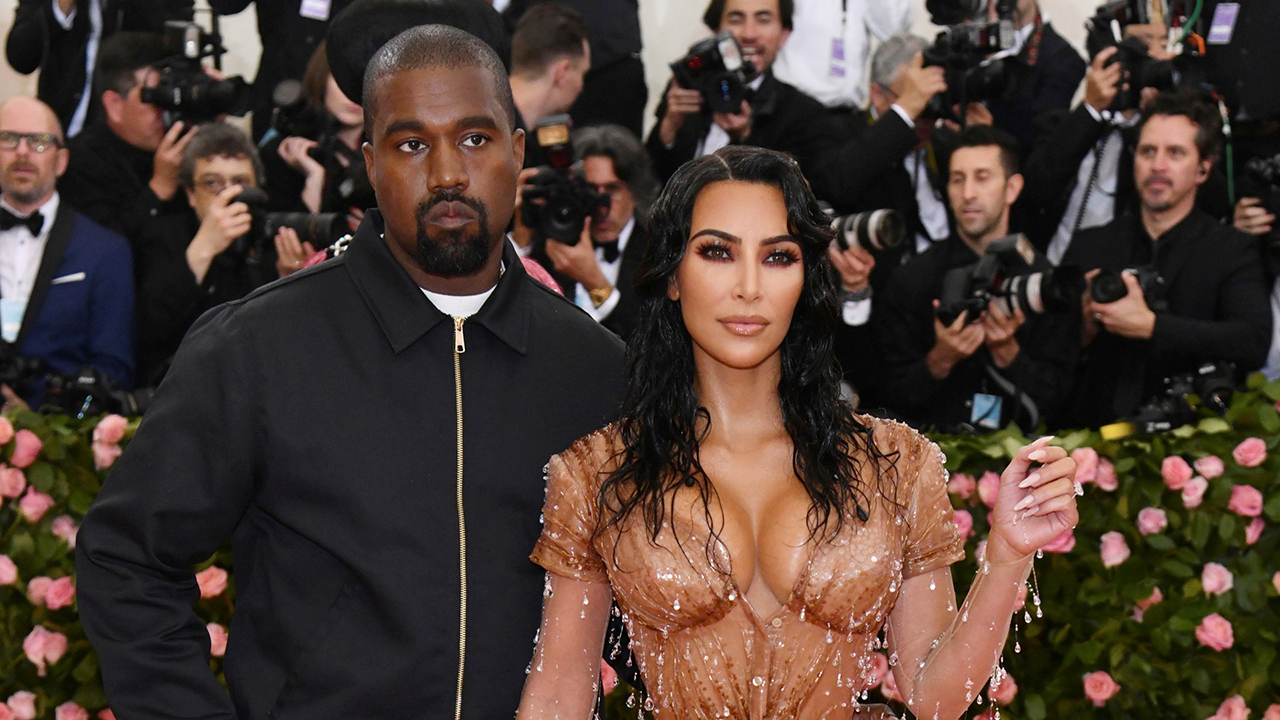 Rapper Kanye West said he would ‘walk away’ from deals with Adidas and Gap during his first campaign event in North Charleston, South Carolina.

Kanye West and Kim Kardashian could potentially find themselves waging a financial war against each other after news of an "imminent" divorce started to make the rounds on Tuesday.

"They are keeping it low-key but they are done," a source relayed to Page Six. "Kim has hired Laura Wasser and they are in settlement talks."

The named attorney, Wasser, has been on Kardashian's retainer since the reality star's split from Kris Humphries and the high-profile negotiator has also represented Angelina Jolie, Britney Spears and Johnny Depp, respectively.

Wasser often presses her clients to negotiate the terms of their splits prior to filing any official paperwork.

Forbes named West a billionaire in April, based on his stake in Yeezy.

The 43-year-old West had an estimated worth of around $100 million when in 2014 he married Kardashian, 40, whose wealth has also grown significantly in the years since — her fortune went from roughly $30 million that year to an estimated $370 million last summer, according to Forbes.

In June 2020, Forbes reported that Kardashian made $49.5 million in 2019, which landed her in the 48th spot on its list of highest celebrity earners.

However, Kardashian will likely see a significant boost to not only her ranking on the coveted highest-earners but her overall net worth, as she just announced that she has sold a 20% stake in her KKW Beauty line to Coty for $200 million.

KANYE WEST THREATENS TO BREAK WITH ADIDAS, GAP IF NOT NAMED TO THEIR BOARDS

The bulk of Kardashian’s wealth comes from her wildly popular cosmetics and fragrance company KKW Beauty, which generated about $100 million in sales in 2019.

The reality TV star also launched her inclusive undergarment brand Skims in 2019, and that asset raised $5 million in venture capital from the firm, Imaginary Ventures. The social media maven could net her up to $1 million for a single social post, in addition to the television and mobile game revenue she brings in.

Contingent on whether or not Kardashian and West have a prenuptial agreement in place, a divorce could either splinter the pair’s individual fortunes or allow them to each leave with the amount they came into the marriage, according to high-power family attorney Sherri Sharma, a partner at Aronson Mayefsky & Sloan in New York City.

"First of all, I would be shocked if they didn't both have a strong interest to have a prenup in place because they both came to the table with significant wealth," Sharma, who is neither party's legal counsel, told FOX Business in July 2020. "But assuming that they had a prenuptial agreement, it would address the financial issues, and it would vastly simplify how assets were divided in a divorce."

"What the prenup would likely provide people with their sort of financial situation is that everything that they came to the marriage with – whatever assets they had in their name at that time – they would leave with, and to the extent that they continued to acquire assets or grow their business during the marriage, all of that would be off the table."

West has long desired to design and develop eccentric properties and according to Page Six, citing a source with intel on the arrangement, Kardashian owns the land their architectural marvel of a home sits on, but West owns the home itself and Kardashian wants it signed over to her.

In a 2018 interview with radio host and variety content producer, Charlamagne tha God, in which the pair toured West and Kardashian’s recently constructed Calabasas, Calif., abode, the rapper and fashion mogul vowed to “be one of the biggest real estate developers of all time, like what Howard Hughes is to aircraft and what Henry Ford was to cars.”

According to Business Insider, West and Kardashian own multiple properties, including a reported $14 million ranch in Cody, Wyo., and a home in Hidden Hills, Calif., which they reportedly purchased for $20 million before spending another $20 million renovating it.

Kardashian and West's wide-ranging real estate holdings provide a look into how those assets could be divided if they ever dissolve their marriage and, given the marital laws in California, depending on how those properties are titled, Sharma said such "community property" could have varying roadmaps for allocation.

"Likely in most prenups to the extent that you put a property in joint names – I know they've acquired real estate but we don't know how it's titled or if it's held in some sort of an LLC for privacy reasons – but depending on how it's titled, it could be that certain assets acquired during the marriage would be considered 'marital property' in New York and in California, it would be 'community property' that would be divided equally," Sharma explained. 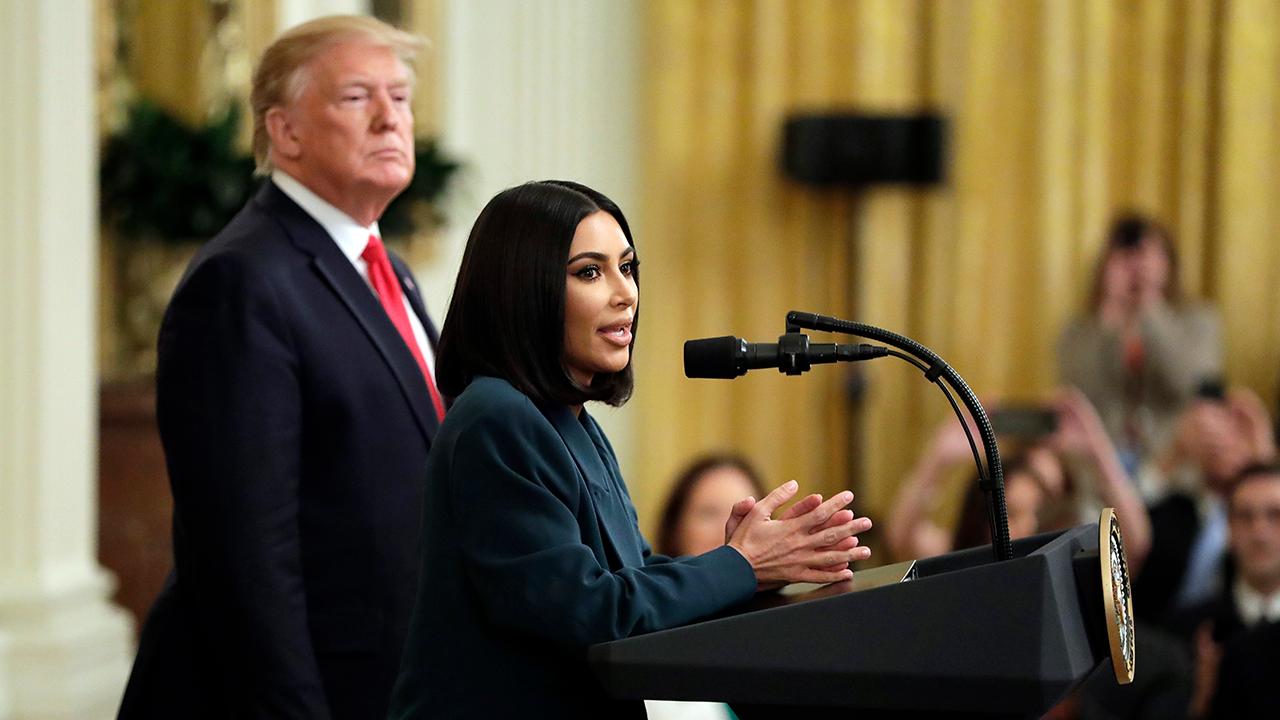 "So it would really just create a roadmap for how everything that they have in each of their names and that they've acquired would get split up," Sharma continued. "It would be very simple. And also it would deal with the issue of spousal support – I'm sure both of them would waive it because neither of them needs it. But [a prenup] wouldn't address any of the custody issues."

However, in the event that the couple could not come to an agreement on how to offload or divide property, they could be looking at a painstaking process in determining how such a high valued asset is divested.

Sharma maintained: “That's another potentially complicating factor because, depending on the nature of the asset, if it's real estate, for example, if they can't agree who's going to keep it and who's going to buy the other person out, it gets sold. If one of them wants to keep the property, they have to agree on a value. So then they have to get it appraised and that is a whole process that takes time, also.”

Sharma said such instances are common when divorcing couples negotiate the division what would be considered their primary residence in the event they don’t want to displace their children – West and Kardashian share four: daughters North, 7, and Chicago, 2, and sons Saint, 4, and Psalm, 14 months.

“If they own their primary residence and they don't want to have the children move somewhere else, then maybe Kim would say, I'm going to buy Kanye out,” said Sharma. “Obviously, they have assets where they could both afford equally nice places, so it's not really an issue. But divorce is difficult enough for children, and especially at that young age, you want to kind of keep as much constant as possible. So that's what they would do.”

As far as Kardashian’s KKW Beauty and Skims shapewear brand, Sharma said the division of those entities would vary based on the terms of a prenuptial agreement and could take into account the value West could have provided if he helped Kardashian launch her companies or consulted Kardashian in any manner.

“This is actually an interesting distinction, I believe, between California and New York,” said the litigator. “But they would be decided the same as all the other assets in California, from my understanding. So in the sense that if the prenup governed it, it would go to Kim because a prenup agreement says every asset in her name is hers, even if it grew.”

Sharma pressed: “Let's assume that Kanye was involved, since he is also in fashion and perhaps was advising her as she was consulting in some ways – my understanding is typically that can increase the percentage that someone is entitled to. That is the way it would work, at least in some states.”

“And in New York and California, it might be that regardless of what they did – no matter whether he contributed anything at all, he gets half, even if it's all hers. So that is messy because similar to the real estate we were discussing, he has to be bought out. And with a company, it's obviously more complicated than real estate so it has to be valued and it would require disclosing lots of financial documents and hiring a valuation expert to put a number on it.”

Sharma also suggested Kardashian could go into a negotiation with West with a game plan that argues her Skims line perhaps isn’t doing so hot given the stout competition in the market and the fact the coronavirus has wreaked havoc on many businesses.

“If Skims isn't a public company, that makes it much harder to value,” she explained. “If it was a closely held company, they would have to figure out a number and she'd have to pay him out. And he's going to obviously want it to be a higher number and she's going to say that the business isn't doing well at all and there are all these competitors and it's COVID, etc.”

“She wants to minimize it and they'll get their own expert and each valuation expert will come in with a different value and then they'll kind of meet in the middle,” added Sharma.

In terms of any debts the couple incurred during the course of their union, those would be considered a liability of the marriage “and typically in a prenup, it would also say that if you personally acquired it, it's yours,” Sharma said.

“So let's say she has some debt against her business or something – that would be hers. And then if they owned their house jointly and they have a mortgage – which I'm sure they don't – but if they did, both of them would have to pay it.”

But amid the growing speculation of a looming split, Sharma anticipates such a battle would happen clean, quickly and quietly.

“One would think with the kind of wealth they both have, they would want to just completely settle and not be litigating this and have dueling financial experts, but who knows?” she said. “It could also be that the financial and custody are not resolved separately. So even if they had a prenup – which would make the division or the financial assets very simple – that doesn't get done until Kanye can have some assurance about the custody.”

“He could potentially drag it out, depending on the terms of the prenup.”