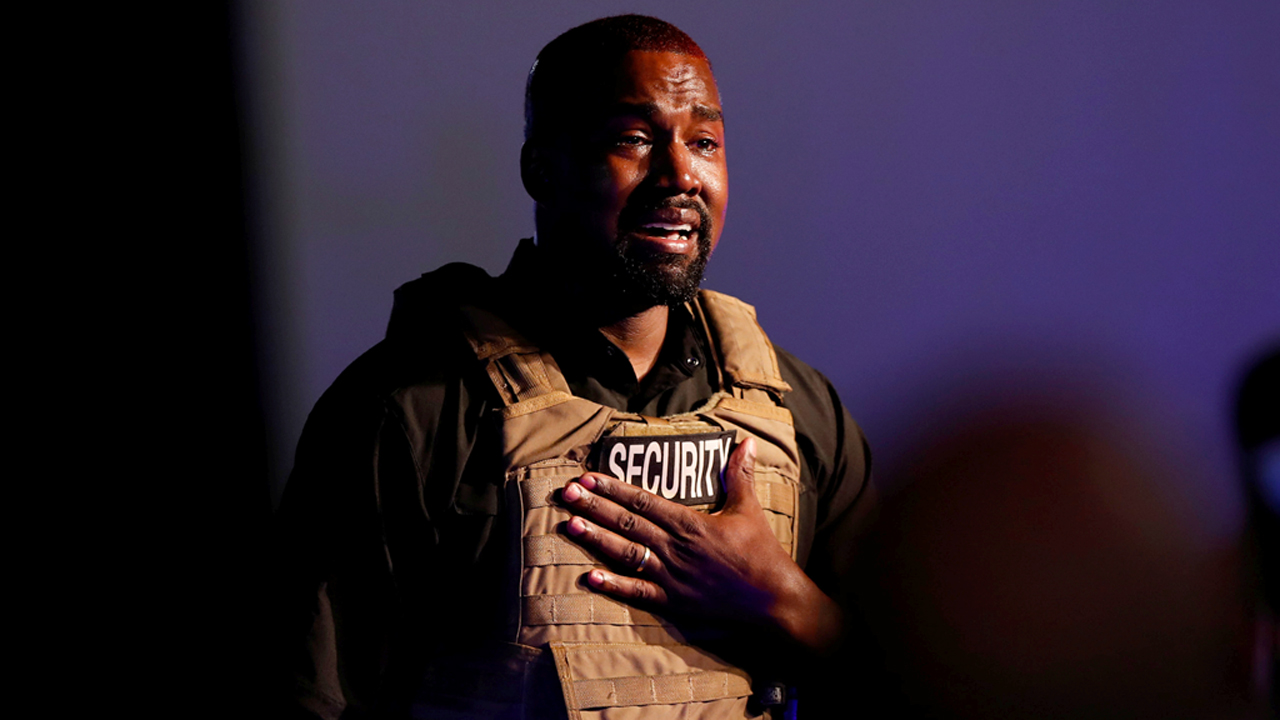 During a freewheeling campaign rally in North Charleston, South Carolina, rapper Kanye West threatened to walk away from deals with Adidas and Gap if he is not named to their respective company boards.

West, who filed a statement of candidacy last week for what would be a long-shot bid for president in 2020, said in June that he signed a 10-year agreement with Gap. He first debuted a Yeezy brand collaboration with Adidas in 2015.

Forbes named West a billionaire in April based on his stake in Yeezy, but the rapper said Sunday that status could be at risk because of what he was saying.

Rapper Kanye West gets emotional as he holds his first rally in support of his presidential bid in North Charleston, South Carolina, July 19, 2020. REUTERS/Randall Hill

"Because of [Adidas'] 15% royalty, it made me into a billionaire, which could make me, off of this speech alone, at zero tomorrow," West said. "But when God calls Moses, he has to leave his comfy job working for the Egyptians and free the people."

In April, Forbes concluded that Yeezy splitting with Adidas seems "almost prohibitively cumbersome, if not contractually impossible," because the German sportswear maker "produces, markets and distributes the shoes."