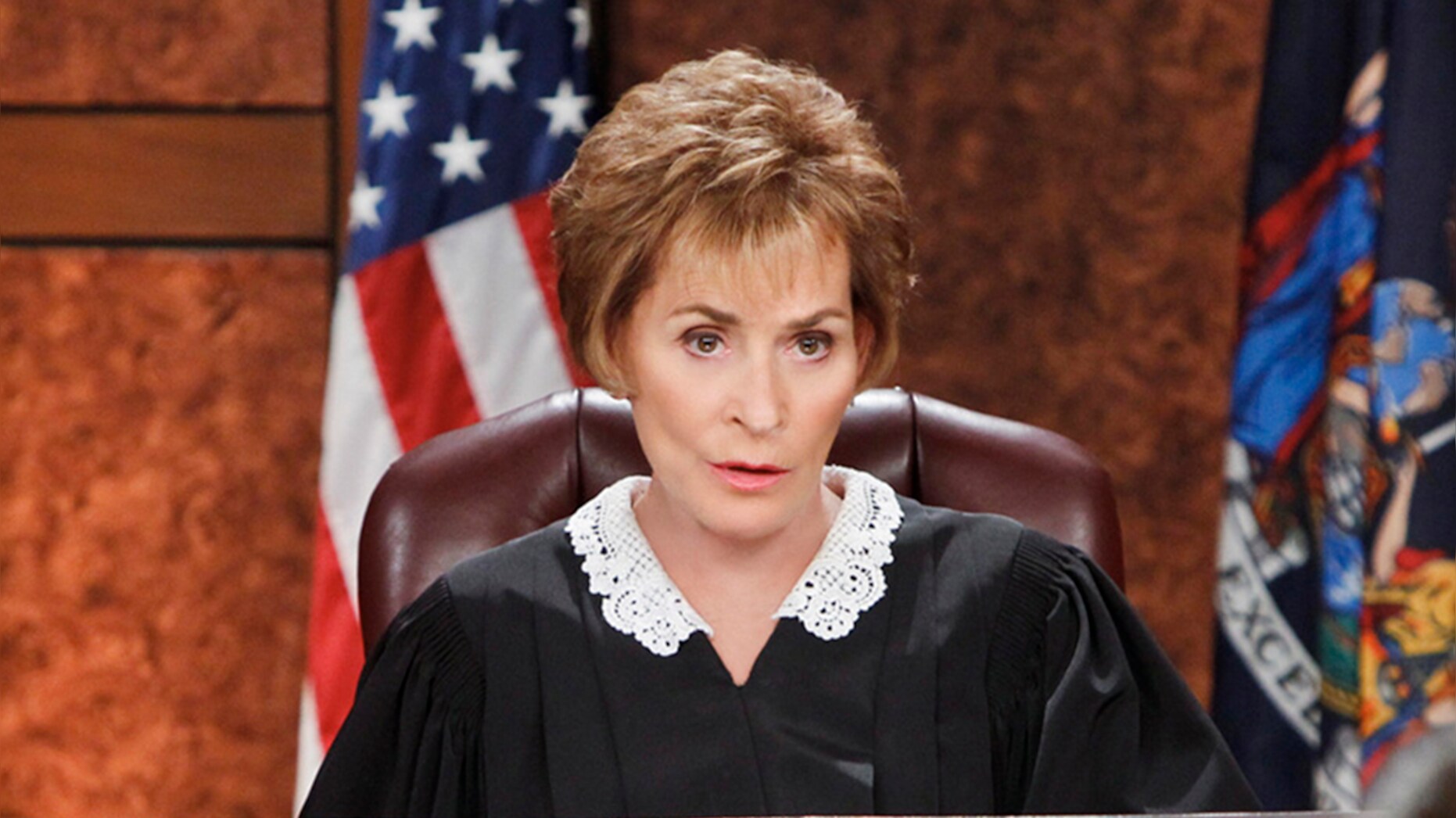 IMDb TV announced on Thursday its upcoming courtroom show starring the iconic Judge Judy Sheindlin, and one analyst tells Fox Business the move should be a boon for the Amazon-owned streamer.

IMDb is a free streaming service operated by Amazon that offers a selection of digital movies and shows. The ad-supported channel launched in 2019, and while some people may not have heard of it until now, expert Eric Schiffer says Sheindlin's show will likely drive an extraordinary boost in traffic, much like disc jockey Howard Stern did for SiriusXM.

Judge Judy Sheindlin presides over a case as her bailiff Petri Hawkins Byrd listens on the set of her syndicated show "Judge Judy" at the Tribune Studios in Los Angeles on Feb. 2, 2006.  (AP)

"Judy is modern clickbait for a big portion of Americans who have a legal obsession. This is a further seismic shift to streaming dominance," Schiffer, chairman of Reputation Management Consultants, tells Fox Business. "It's unbelievably intelligent on Amazon because of the traffic it will further drive. A good 15-20% of all of the current traffic of IMDb goes to Amazon.com for purchases, so this will be a further feeder and allow for additional relevance to the channel."

Sheindlin pulls in roughly $47 million annually for hosting "Judge Judy" and producing "Hot Bench," a courtroom show that debuted in 2014 according to Forbes. She has a reported $440 million net worth.

Schiffer said it may not be likely that the TV judge will see a substantial increase in her paychecks, but assumes the offer was "a more attractive overall deal than what CBS was putting on the table."

Like Stern, who is reportedly negotiating a $120 million deal with Sirius XM as his current contract is set to expire at the end of this year, Sheindlin will likely bring her already established fanbase with her to Amazon.

To put it simply, Schiffer predicted "Judy will execute for IMDB what Howard Stern has done for Sirius XM."

"Howard Stern had this installed base that were addicted to his experience. It was an army that would follow him to any destination and certainly, he proved that when people were willing to spend money versus getting it for free on radio," Schiffer said.

The expert continued: "Judy has a similar army of those really obsessed with her straight-talking, charming approach to adjudication. That army will follow her wherever she goes. They may struggle with downloading the app and navigating on IMDb, but I'm sure their kids and family members will assist. She'll get them there, and Amazon benefits because they'll get not only a revitalized IMDb with greater traffic that's been fairly flat at least gingerly for the last year, but they'll also get the upside on the e-commerce penetration."

Meanwhile, reruns of "Judge Judy" will continue to be shown through CBS' two-year deal with affiliate stations. "Judge Judy" originally premiered in 1996.

Schiffer said Scheindlin's exit from CBS is "stone-cold crazy" on the network's part.

The Emmy Award-winning show “Judge Judy”, dubbed the top-rated daytime television court show since its debut in 1996, is coming to an end after 25 years. On Thursday, Amazon Studios and IMDb TV announced it's bringing new courtroom show starring the (Getty)

"CBS was wretchedly foolish for allowing Judge Judy to walk out the door and the move will be seen as horribly incompetent with I'm sure some of the executives now absolutely apocalyptic," he said.

Plus, Sheindlin's decade-long success in television proves the public is nowhere near done with tuning in to the 78-year-old TV personality.

"She's not retiring. She certainly is passionate about it. The great thing is what she does is it's not date-stamped,. You've got judges on the court into their late '70s and '80s. Look at Ruth Bader Ginsburg. Judy's got this very real and relatable persona," he added.

"I think Amazon is always looking for additional streams of traffic to feed its core money machine. Many in Hollywood were aware of it because they had made deals of recent, but not a lot. This definitely puts them on the map and ties them into the whole Amazon Studios infrastructure I think you're going to see a lot of producers be dusting over further product over the next year and seeing IMDB as a place they can write checks."

In a press release on Thursday, Sheindlin applauded Amazon for its appeal, one she says she's witnessed right at home.

"I used to yell at my husband, Jerry, for all the packages he had ordered from Amazon every day. I have enough mouthwash in the cabinets to keep the entire planet's breath fresh until the next millennium. The doorbell never stops ringing. The dogs don't even bark at the delivery people anymore," she joked. "After I signed this deal, I apologized to Jerry. Who would have thought that the Sheindlin's and Amazon would be mishpachah?"

The judge is currently the subject of a roughly $5 million lawsuit by Rebel Entertainment Partners that claims disgraced former CBS boss, Les Moonves, did some corporate sleight-of-hand to avoid answering to the network’s Board of Directors that resulted in it not getting the money it believes it's owed.

In a statement provided to Fox Business in August, Sheindlin said she'll eat her contract on television if the lawsuit is found to hold legal water.

"I have not seen the complaint and can therefore only comment on what I have read which suggests that I am being sued for ‘breach of contract,’” Sheindlin told Fox Business in a statement. “If that is the basis of Mr. Lawrence’s lawsuit, here is my challenge: If Mr. Lawrence can produce a contract, signed by me and Mr. Lawrence on the same page, at any time in history from the beginning of time, I will toast that contract, smear it with cream cheese and eat it on national television."