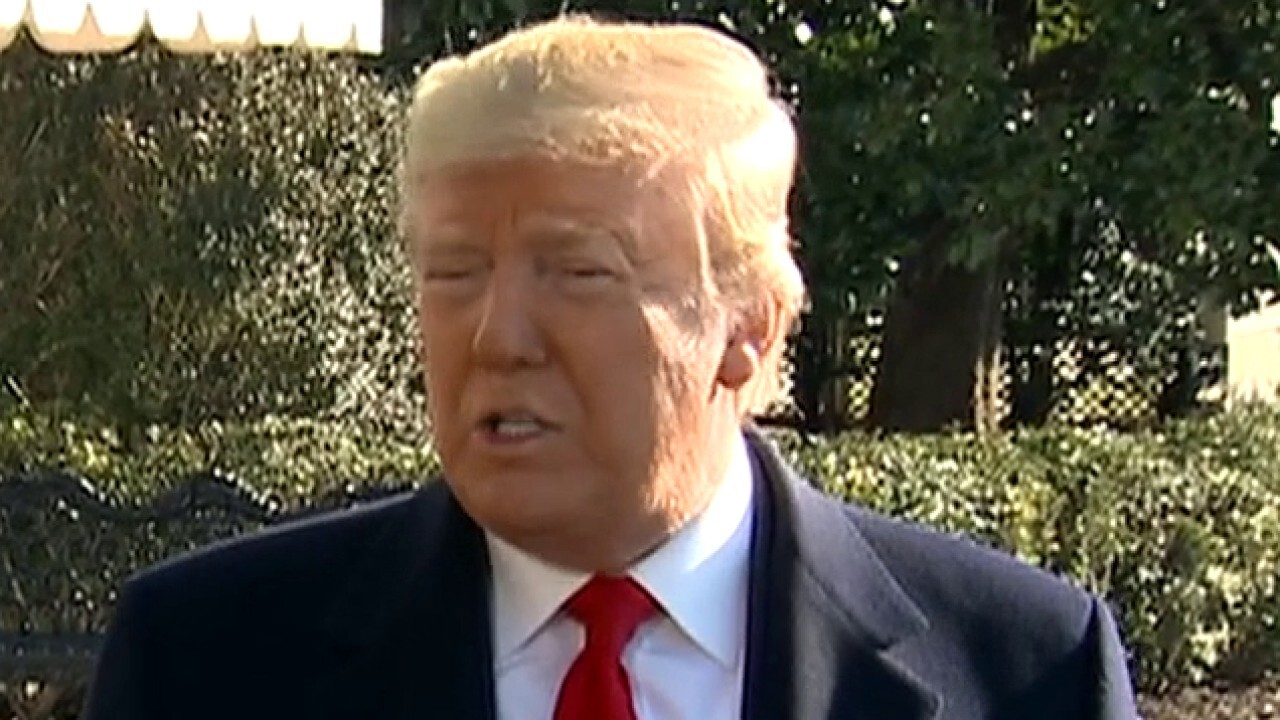 Hundreds of thousands of people in the northwestern city are expected to greet Trump on Monday for a road show leading to a massive rally at what has been touted as the world’s largest cricket stadium. First lady Melania Trump will accompany the president.

The U.S. took India off its list of designated low-tariff countries last year in retaliation for the country's poor treatment of U.S. companies.

"We will continue to enact great new trade deals like we've been doing. I'm going to India ... and we're talking trade," Trump said at a rally in Colorado Springs last week. "They've been hitting us hard for many many years, but I really like Prime Minister Modi."

"We've got to talk a little business," he continued. "They give us tariffs. One of the highest in the world is India."

Kudlow also suggested that the president's trip to India will not result in a big trade deal, though it is a good first step in a positive direction for the two countries.

The U.S. is India's biggest export buyer, followed by the United Arab Emirates and China, according to 2017 data cited by the Observatory of Economic Complexity.

“Even without a trade deal to take home, President Trump has a great deal to celebrate in India, and it’s not just the several billion dollars in arms deals he’s expected to sign," Jeff Smith, South Asia research fellow at the Heritage Foundation, told FOX Business. "The Trump administration has strengthened the strategic foundations of one of America’s most critical partnerships."

"With an eager partner in the government of Prime Minister Narendra Modi, the two countries now find themselves in greater alignment on some of the most decisive and divisive strategic questions of the day, from the challenges posed by a rising China, to Pakistani-based terrorism, the Quad relationship, the Belt and Road Initiative, and a free and open Indo-Pacific," Smith said.

Modi visited the U.S. in September, when he and Trump held a "Howdy Modi" rally at Houston's NRG Stadium.

In this Feb. 19, 2020, file photo, a monkey sits on a hoarding showing Modi and Trump ahead of Trump's visit to Ahmedabad, India. (AP Photo/Ajit Solanki, File)

At the rally, Trump discussed the states' cooperation on energy. Trump also touted the two nations' "even stronger security partnership" since American companies' defense sales to India reached $18 billion over the last decade.

"We welcome India's growing investments right here in the Lone Star state," Trump said in September. "Nations around the world are investing in the United States because they know we have the best economy and best workers in world. We want to thank everybody and India has never invested in the US like it is doing today, and I want to say it’s reciprocal because we’re doing the same thing in India."

FOX Business' Audrey Conklin and The Associated Press contributed to this report.