Whether you love her or hate her for it, Kylie Jenner is a billionaire.

The reality TV starlet-turned-beauty mogul has transformed herself in front of the public eye, and it seems to have paid off. Jenner’s cosmetics empire has raked in hundreds of millions of dollars since its start and is a completely self-funded operation. Not bad for a company that only has about nine employees, according to data analytics platform Craft.co.

Find out how the youngest of the Jenner family built her wealth and lifestyle following with these five need-to-know facts:

1. Keeping Up with the Kardashians

Although she hasn’t always been the focal point, Jenner has been a recurring cast member on E! Entertainment’s hit reality TV series “Keeping Up with the Kardashians.” She has starred on the show since it first debuted on Oct. 14, 2007.

A decade later, Jenner had an eight-part series of her own with “Life of Kylie.” The show wasn’t renewed for a second season, but it is still available for streaming.

Aside from having a notorious momager, Jenner appeared to have gained her business chops outside of reality TV stardom as a social media influencer.

The show and notoriety surely gave her a bump of a few million followers, but Jenner has actively maintained her presence on social media. This includes her numerous marketing campaigns and collaborations that blur industry lines. 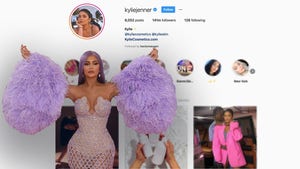 No one can keep up with this Kardashian—not even Beyonce or her big sis Kim.

As her following went up, her sponsored posts became more lucrative. She has gone on to work with Beats, Puma and Adidas. At the time of this article, Jenner 147 million followers on Instagram alone. On Twitter she has 28.4 million and on Snapchat she has over 25 million.

Jenner founded and launched her makeup line, Kylie Cosmetics, in Nov. 30, 2015 when she was only 19-years-old. The line initially started with a series of $29 “lip kits” that paired liquid lipstick with a matching lip pencil.

“Ever since I was probably fifteen I’ve been obsessed with lipstick. I could never find a lip liner and a lipstick that were the perfect match. So that’s where I thought of the idea that I wanted to create my own product,” Jenner said in an exclusive statement to ecommerce site Shopify.

The launch caused an internet frenzy within beauty communities and sold out in minutes—which also crashed the website numerous times due to high demand.

After its launch, Kylie Cosmetics expanded its offerings beyond the lip category into eyes, face and what Jenner likes to call “Kybrows.” The business also dabbles into limited edition collections and bundles.

By May 22, Jenner launched her spinoff brand Kylie Skin—which falls in line with the skincare category’s rapid growth.

The success of Jenner’s beauty businesses has made the richest out of the Kardashian-Jenner clan, according to Harper’s Bazaar.

On Aug. 30, 2018, Jenner announced she inked an exclusive deal with the American cosmetics retail juggernaut Ulta Beauty. "I'm so excited to let you guys know that @kyliecosmetics will be coming to all @ultabeauty stores around the country this holiday!...More to come..." she wrote on Twitter.

The partnership brought the Kylie Cosmetics line into Ulta’s 1,124 (now 1,174) stores nationwide, which included Jenner’s insta-famous lip kits and a limited edition “Naughty and Nice” eyeshadow palette for the holidays.

Kylie Cosmetics was made available for purchase in Nov. 17, 2018. Ulta’s stock volume went over 1.03 million the following Monday after only having a volume of 838,500 that Friday.

After ending a highly talked about on-again off-again relationship with American rapper Tyga, Jenner began dating up-and-coming rapper Travis Scott in April 2017—who was best known for his RIAA platinum albums “Rodeo” and “Birds in the Trap Sing McKnight” at the time. Eleven months into the relationship, the couple welcomed their firstborn child, Stormi Webster, to the world. The secret pregnancy was only revealed to the public on Feb. 4, 2018—which coincidentally fell in line with the Super Bowl.

TMZ reported the two were taking a break as of October.

She amassed a fortune of $900 million in less than three years with her lip kit business, leading her to grace the cover In July 2018 of Forbes Magazine with the headline of “America’s Women Billionaires” causing controversy.

The issue earned backlash from critics over its “self-made” verbiage due to Jenner having a family in the public eye before she started her business.