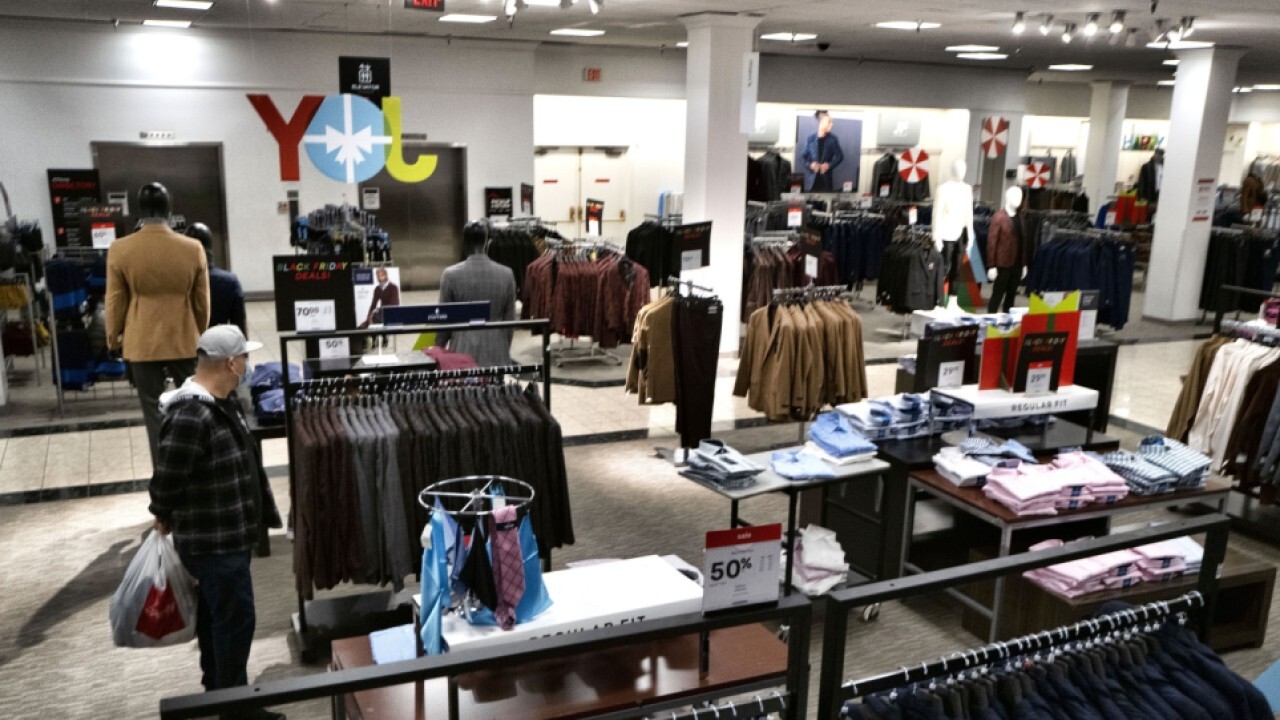 As Americans shop for the holidays, they will likely see a swarm of offers to get their gifts now but pay for them later in fixed monthly installments.

Fueled by several hot Silicon Valley startups as well as a push by the big credit card companies, "buy now, pay later" is now available for purchasing a $1,500 Peloton exercise bicycle as well as a $60 floral bouquet. Thousands of retailers, big and small, often have an option on their websites to pay for a purchase in installments at checkout. In the case of credit cards, customers are being allowed to create fixed payment plans days or even a few weeks after the purchase.

Americans seem to be chomping at the bit to try this financial option, which has been common outside the U.S. for some time. One major credit card company says roughly six out of every 10 of its U.S. customers started a buy now, pay later program for the first time this year, and the Silicon Valley-backed companies that offer these plans are seeing tens of thousands of new customers every week.

"My shopping habits can be a bit impulsive, so I like the ability to break it up over several payments," said Shahin Rafikian, 26, who lives in Los Angeles and has used several buy now, pay later services to purchase concert tickets, vinyl records and other items.

Shoppers wait in line to pay for their goods at Toys "R" Us in Times Square, New York City, on Nov. 23, 2007.  (Hiroko Masuike/Getty Images / Getty Images)

Rafikian said he would have likely purchased fewer large-ticket items if the cost had just gone onto a credit card that never got paid off.

Industry advocates say buy now, pay later programs are preferable to credit cards because there are fixed monthly payments and any interest is clearly stated up front. Consumer advocates, typically skeptical about any new financial product, also have been relatively more positive about buy now, pay later since any plan would have a beginning and end date. Most of their worries concern any fees that might be associated with late payments.

"These products do encourage people to pay purchases off quicker and usually with less interest, but if people are using them to simply buy more than they should and getting over their heads, paying late fees, etc., are they really helping manage people’s expenses?" Lauren Saunders, associate director for the National Consumer Law Center, said.

Buy now, pay later is not a new product – services or products such as layaway, monthly payments on large purchases and even retail credit cards have existed for decades. What’s different is how it’s being offered, and who is offering the service.

‘ELF ON THE SHELF’: HOW THE BRAND EVOLVED OVER 16 YEARS

Instead of telling a customer to apply for a store-branded credit card, which often can only be used at that one retailer, companies have added financing options provided through third-party companies such as Affirm, Afterpay or PayPal at their online checkout.

There are typically two different types of buy now, pay later services: the short-term payment plans that break a purchase up into four or six bi-weekly payments, and the longer-term installment loan-like products that Affirm offers.

PayPal co-founder Max Levchin started Affirm in 2012. The $32 billion company went public this year and effectively made Levchin the latest PayPal alumnus to become a billionaire.

Tens of thousands of Americans became familiar with Affirm and the buy now, pay later option through its partnership with exercise equipment company Peloton.

THOSE RETRO TOYS HIDING IN YOUR ATTIC MAY BE WORTH MONEY

One of them is Fallon Oeser a 26-year-old content strategist who lives in Ohio. She bought a Peloton bicycle in the summer last year when the lockdown attracted many Americans to at-home exercise equipment.

"I’ve got student loans, so I knew I was taking on some responsibility here by taking out a loan. But it made the purchase more accessible and it worked for my budget," she said.

Levchin, 46, said he started Affirm partly because when he was younger credit cards ruined his credit and buried him in interest and fees. He said he wanted to create a financially healthier product that would allow people to buy things on credit.

"We knew it was going to be gigantic a long time ago. It’s just at the kind of scale now where it’s basically impossible to ignore," Levchin said in an interview in San Francisco.

The option to spread more routine purchases over time is going to be even more widespread in the coming months. At a café, Levchin paid for a $22 lunch by splitting the payments into four biweekly payments of $5.50. The company is testing a debit card that will allow customers to decide whether to pay any purchase in total or spread it over time.

Hundreds of people on a Boxing Day shopping spree in Leeds, United Kingdom, on Dec. 26, 2010. (iStock)

The cost of doing pay-over-time can vary with Affirm and other buy now, pay later providers. A six- to eight-week purchase may carry no interest at all like the $22 lunch. In some cases, the merchant has decided to pay the interest for the customer. But other consumers could pay as much as 30% annual interest on these large purchases with Affirm.

The interest in buy now, pay later does not seem to be slowing.

A September study written by consulting firm Accenture, but commissioned by AfterPay, estimates that roughly 6% of all dollars spent online will be on buy now, pay later programs by year end. That figure is forecast to be 13% of all spending by 2025. That figure was basically zero a few years ago. Two major retailers – Wal-Mart and Target – have partnered with buy now, pay later companies like Affirm. Wal-Mart got rid of its layaway program in favor of buy now, pay later..

Credit card companies, seeing the potential impact of buy now, pay later on their business model, have tried to adapt. American Express, JPMorgan Chase and Citigroup all now offer similar payment plans for items purchased on their cards. A report by consulting firm McKinsey found that buy now pay, later startups diverted between $8 billion and $10 billion in revenue from traditional banks that would have likely financed these purchases a few years ago.

AmEx said 58% of its customers have set up a purchase plan for the first time this year, and more than $5 billion worth of purchases have been put on "Pay It, Plan It" agreements.

"These products raise important questions about the use of consumer data, the exploitation of spending patterns, the application of lending laws and the potential for unsustainable levels of consumer debt," said Rep. Steven Lynch, D-Mass.

The concern about overspending with these programs is real, Rafikian said.

"At first it was fun to have access to items typically out of my price range, but sometimes you get surprised and a little miserable that you have all these new payments due," he said.