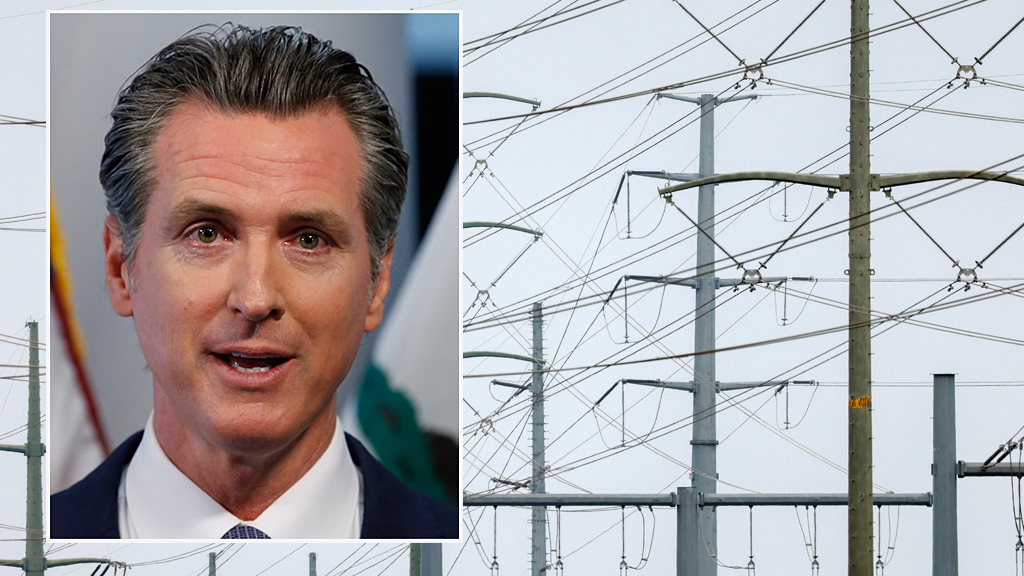 Millions of homes and businesses in California are at risk of seeing rolling blackouts through Wednesday, following an extreme heat wave that has stressed the state's electrical system.

The California Independent System Operator (ISO), which manages most of the state's electric flow, said it managed to avoid the third day of rolling blackouts on Monday night due to "lower temperatures and conservation." A Stage 2 Emergency was canceled at 7:30 p.m.

“Thank you for conserving,” California ISO said in a tweet.

The ISO had warned earlier in the day that as many as 3.3 million homes and businesses would be affected by an evening emergency order that would have required utilities to stage rotating, two-hour outages by areas.

Record-breaking heat has struck California and other Western states since late last week, which officials said has made it harder for California to import extra power.

Californians packed beaches, lakes and recreation areas Sunday to seek relief from a record heat wave that strained the electricity grid and threatened to trigger a third round of rolling power outages. (AP Photo/John Antczak)

“What we have is a situation where the entire region is more than hot, it’s extremely hot," Steve Berberich, California ISO's president and CEO, said on a conference call with reporters. “We can’t get the energy that we would normally get from out of state because it’s being used to serve loads natively. That would probably account for another 4,000 to 5,000 megawatts and could have very well have closed the gap."

The current supply issues and shortfalls are the most severe to strike the California grid since 2001, the last time that utilities resorted to rolling blackouts, according to Reuters.

California ISO has struggled to reduce the electrical demand since Friday when it issued the first rolling blackouts in nearly 20 years.

The three biggest utilities — Pacific Gas & Electric, Southern California Edison and San Diego Gas & Electric — turned off power to more than 410,000 homes and businesses for about an hour at a time until the emergency declaration ended 3 1/2 hours later.

While the ISO avoided what would have been one of the largest series of blackouts in state history on Monday, a "flex alert" still remains from 3 p.m. to 10 p.m. through Wednesday, as customers are still asked to conserve power.

"This heat storm is not over, and we still expect exceedingly hot temperatures tomorrow and Wednesday," Berberich said in a statement late Monday. "With continued help from California residents in conserving energy, much like today, we can reduce the risk of power outages."

California Gov. Gavin Newsom on Monday ordered an investigation into the blackouts and signed an emergency proclamation seeking to free up excess energy capacity.

“These blackouts, which occurred without prior warning or enough time for preparation, are unacceptable and unbefitting of the nation’s largest and most innovative state,” Newsom wrote in an emergency proclamation. “This cannot stand."

At a news conference Monday, the governor said he was ready to “move forward to simply make sure this never happens again."

“We failed to predict and plan these shortages and that’s simply unacceptable,” he said. “People should have been told sooner and that is exactly the purpose of this investigation.”

Grid managers have warned that the threat of outages remained as temperatures were expected to hit triple digits again in many areas of the state. The National Weather Service said it may take until Friday or Saturday before excess heat watches and warnings ease.

The state's largest utility, Pacific Gas & Electric, said that while no outages were needed Monday night, the risk remains for the rest of the week as the heat drags on.

"Our customers of all sizes stepped up big time today to conserve electricity and reduce the strain on the state’s electric grid," PG&E Senior Vice President and Chief Customer Officer Laurie Giammona said in a statement. "We are tremendously grateful for their efforts — which were very effective in avoiding rotating outages throughout the state."

Customers are urged to continue to conserve through Thursday night.

But for Coalinga resident Bonnie Wikler, who lost power twice over the weekend, the power outages were another stress as her husband is recovering from open-heart surgery.

Wikler, 66, told the Associated Press they didn't want to drive somewhere else out of fear of coronavirus exposure, and instead stayed in their home while attempting to cool down as temperatures reached 109 degrees Fahrenheit.

“If there was a fire or an earthquake, I would understand, but to cut power without letting you know, it just seems outlandish to me,” Wikler said.