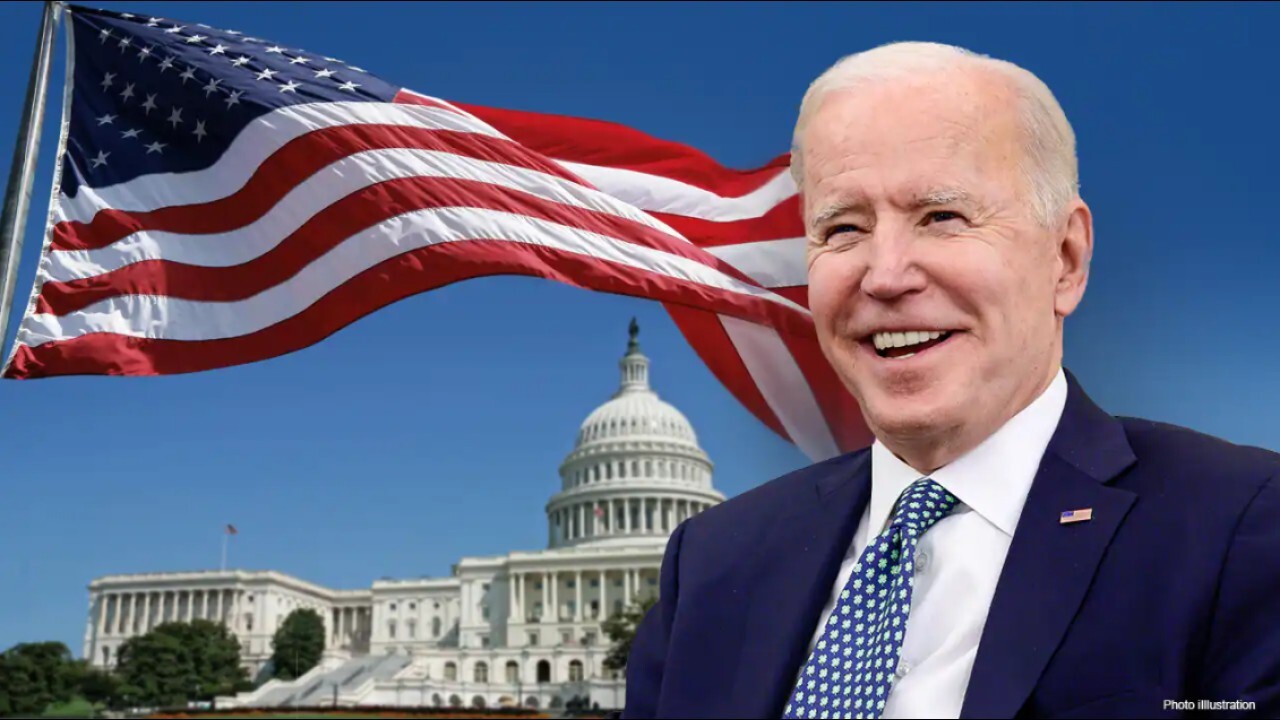 "President Biden is calling on Congress to update the social contract that provides workers with a fair shot to get ahead, overcome racial and other inequalities that have been barriers for too many Americans, expand the middle class and strengthen communities," a White House fact sheet states. "He is calling on Congress to ensure all workers have a free and fair choice to join a union by passing the [PRO] Act and guarantee union and bargaining right for service workers."

Supporters of the legislation, including President Biden, argue that the PRO Act will help workers fight for and earn fairer wages, benefits and overall better treatment from employees amid the COVID-19 pandemic, but critics argue that the legislation could harm employees who do not want to join unions and pay union dues, as well as independent contractors -- especially women.

A DoorDash delivery worker walks his bike along the road in the Mission neighborhood of San Francisco, California.

There is a provision in the PRO Act that some experts have compared to California's Assembly Bill 5, or AB5, which passed in January 2020 and aimed to make nearly all gig workers in California employees if they meet certain requirements and threatened thousands of jobs, including 200 freelance journalists at Vox.

She added that the difference between the two types of workers points to the importance of flexibility for independent workers and why the majority of them freely choose to work independently and do not want to be classified as typical employees who work eight-hour days, typically from 9 a.m. to 5 p.m., and typically between 46 and 48 weeks per year.

Reclassifying independent workers as employees is "pretty problematic because ... you don't want to be in a position where independent workers are losing their jobs and then also not becoming employees, especially in light of ... COVID, and a lot of people are still unemployed," Palagashvili said.

AB5 targeted big companies that hire gig workers like Uber and Lyft but had a ripple effect on other independent workers, particularly female workers who list services at goods on Etsy, Care.com and similar digital platforms.

A 2018 study from JPMorgan Chase found that aside from the transportation sector (think: Uber and Lyft) women make up a majority of income-earners on digital platforms like Etsy.

An April survey of 2,000 women from Hyperwallet found that the vast majority of female gig workers -- 96% -- said the primary benefit of being an independent contractor was the flexibility of the work; many of the gig workers surveyed were mothers.

"When there are rules that would limit independent work opportunities, such as the PRO Act, these could disproportionately hinder women's participation in the labor force," Palagashvili said.

She added that women "tend to go into independent opportunities because they need the flexibility because some of them are primary caregivers," and when rules like the PRO Act "limit independent work opportunities," they also "limit women's participation in the labor force."

The Coalition for a Democratic Workplace, which represents more than 600 major industry organizations including the U.S. Chamber of Commerce, sent a letter to Congress on March 4 saying the PRO Act "would drastically restructure America’s labor laws resulting in economic upheaval that would cost millions of American jobs, threaten vital supply chains, and greatly diminish opportunities for entrepreneurs and small businesses."

The Coalition argues that the bill would threaten workers’ "right to choose whether or not to be represented by a union through secret ballot elections; workers’ right to remove a union that has failed to adequately represent them; ... workers’ right to choose not to contribute to a union they do not support; ... and the government’s ability to prevent unions from expanding a labor dispute with one employer to other businesses and consumers."