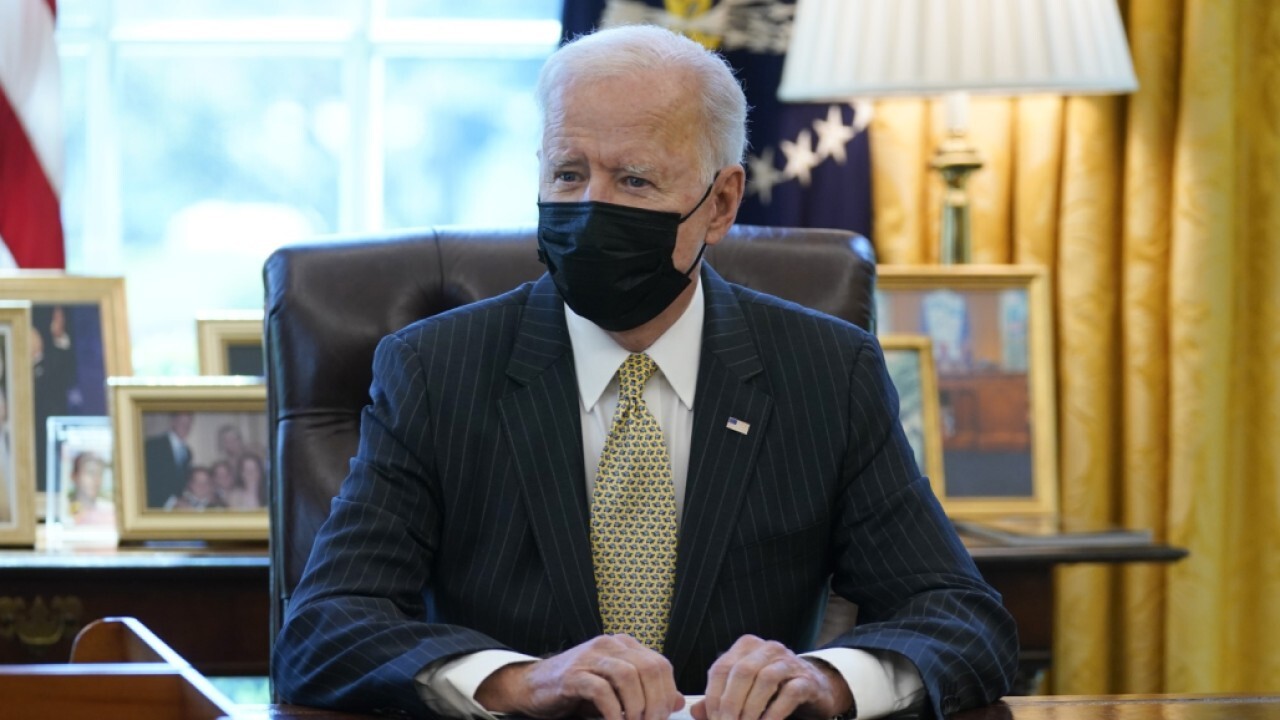 President Biden released a sprawling proposal to rebuild the nation's crumbling infrastructure and pump money into manufacturing, transportation, renewable energy and combating climate change — a $2.25 trillion measure that will be funded largely by raising taxes on U.S. corporations.

The Biden administration is also planning a second major package, which could cost upward of $1 trillion, that it will unveil in April. That measure, which will likely be funded by tax increases on wealthy Americans, is expected to focus on domestic issues, such as expanding health care, providing universal kindergarten, extending the child tax credit and offering paid family leave.

Biden is set to formally introduce the American Jobs Plan in Pittsburgh on Wednesday afternoon, his opening salvo in what's expected to become a contentious, monthslong negotiation with Congress.

Here's a closer look at the key elements of Biden's plan:

About $115 billion of that money would go toward modernizing 20,000 miles of highways, roads and main streets that are "in most critical need of repair," as well as repairing the most "economic significant large bridges" and roughly 10,000 smaller bridges, according to a fact sheet released by the White House.

Another $80 billion would go toward addressing Amtrak's backlog repair and modernizing the Northeast Corridor, the line that connects Washington and New York City, as well as Biden's hometown of Wilmington, Delaware.

The president would direct $25 billion to airports and $17 billion to inland waterways, ports and ferries.

It will also provide sales rebates and tax incentives to encourage Americans to buy electric vehicles, and offers grant and incentive programs to state and local governments to expand the number of electric-vehicle chargers that are available. The plan will replace 50,000 diesel transit vehicles and switch at least 20% of school busses to electric vehicles.

He is also asking $50 billion to create a new office at the Department of Commerce dedicated to monitoring domestic  industrial capacity and funding investments to support production of critical goods.

The measure also seeks to address future pandemics and includes $30 billion over four years to make major investments in medical countermeasures manufacturing, research and development, and related biopreparedness and biodiversity.

That includes funding to shore up the nation's strategic stockpile, accelerate the timeline to research, develop and field tests and therapeutics for emerging and future outbreaks, accelerate response time by developing prototype vaccines and ensure sufficient production capacity in case of emergency.

"The risk of catastrophic biological threats is increasing due to our interconnected world, heightened risk of spillover from animals to humans, ease of making and modifying pandemic agents, and an eroding norm against the development and use of biological weapons," the White House said.

The American Jobs Plan directs $111 billion to rebuild the nation's water infrastructure and would replace all of the lead pipes and services lines in order to improve children's health and that of communities of color.

The proposal would also upgrade the country's drinking water, wastewater and stormwater systems.

Biden is calling for $100 billion to build new public schools and upgrade existing buildings with better ventilation systems and indoor air quality. The money will also go toward investing in energy-efficient and electrified school buildings in order to reduce greenhouse gas emissions.

Another $12 billion would go to states to improve physical and technological infrastructure at community colleges. Biden also proposed sending $25 billion to upgrade child-care facilities and increase the supply of child care in areas that need it most.

The measure includes $100 billion to bring high-speed broadband internet to all Americans. The White House said the plan will also make pricing more transparent and competitive and includes short-term subsidies for low-income households.

The plan invests $213 billion to build more than 2 million affordable homes. It would also include tax credits to build housing for low-income families and $40 billion for public housing.

The plan would also institute a 15% minimum tax on a corporation's profits for financial-reporting purposes.

The plan would also impose a minimum tax on the profits U.S. corporations earn overseas, increasing the rate to 21% from about 13% paid by corporations now.

It also creates new measures that would stop companies from claiming tax havens as their residence and would penalize companies for moving jobs overseas.

Biden has called for eliminating special preferences for the fossil-fuel industry, including oil and gas companies, and would require those companies to pay into the Superfund Trust Fund to help cover the costs of pollutant clean-ups.

Finally, the American Rescue Plan would provide additional funding to the Internal Revenue Service in order to ensure the agency is able to increase tax audits on corporations.