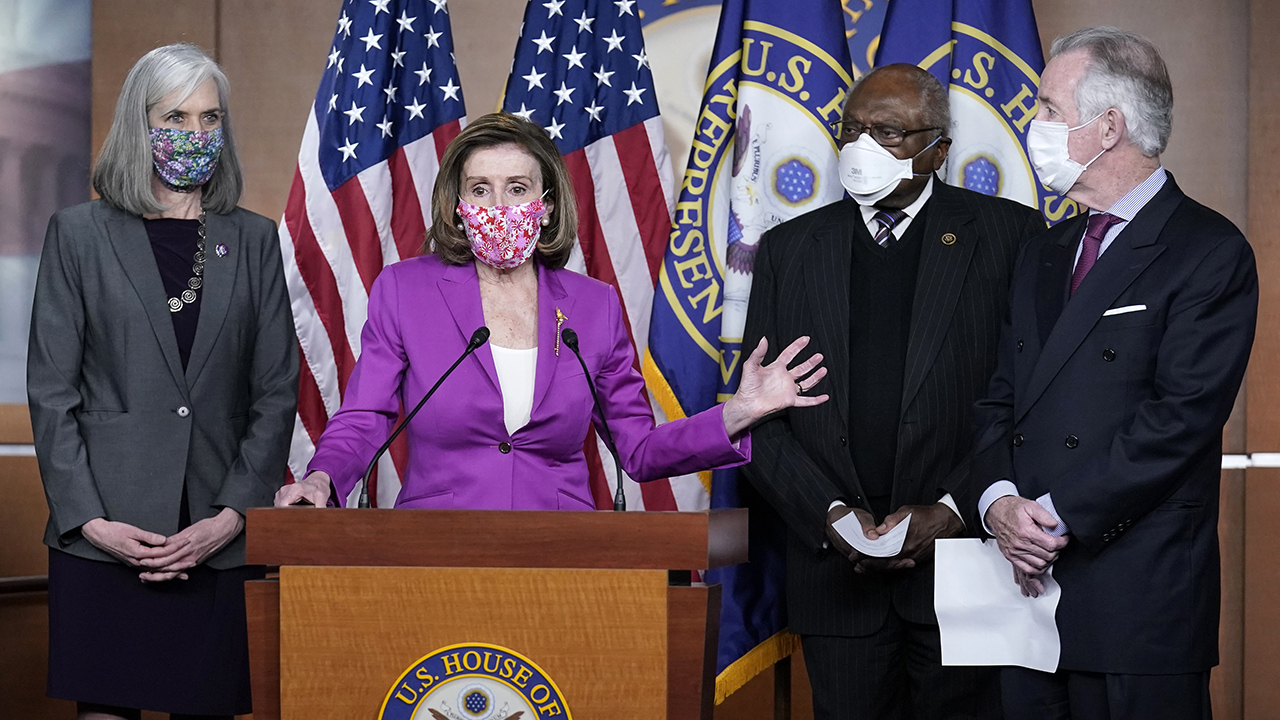 The Democratic-led House approved legislation that would invigorate workers' unions, following decades of court defeats and legislative setbacks that have kneecapped the labor movement's once formidable ability to organize.

The measure, which union leaders and labor allies have presented as a cure for decades of working-class wage stagnation, was approved Tuesday on a mostly party-line 225-206 vote. But it faces an all-but-certain Republican blockade in a narrowly divided Senate and is unlikely to become law.

In an angry floor speech, Rep. Tim Ryan excoriated Republicans, most of whom opposed the measure, mocking them for rejecting a bill to “help the damn workers.”

The Democratic push comes in the midst of a massive organizing drive in the historically labor-resistant South, which offers a crucial test for a labor movement that is showing new signs of life after decades of atrophy.

President Biden, who previously pledged to be “the most pro-union president you’ve ever seen," recently gave union organizers at a 6,000-worker Amazon facility near Birmingham, Alabama, his tacit endorsement in an unprecedented sign of support. He also backs the Democratic bill.

Democrats are looking to fortify bonds with rank-and-file union members, a key constituency that has been critical for getting out the vote. Some drifted toward the GOP under former President Donald Trump, despite the Republican Party’s long antipathy toward unions — attracted to Trump's “America First” agenda and his hostile stance toward global trade.

While Republicans have welcomed blue-collar workers drawn to the party by conservative cultural issues, many draw the line at measures that would expand the power of labor and could benefit their economic bottom line.

Labor unions have long been a bedrock of Democratic support. But as the number of unionized workers has dwindled over recent decades, so too has labor's power.

It's a collapse that Republicans urged on at the state-level through the passage of so-called Right to Work laws, which crimped unions’ ability to collect dues from workers who refuse to join, yet benefit from deals negotiated on their behalf. Rep. Hakeem Jeffries of New York, the No. 4 House Democrat, said there has been an "unrelenting attack on the ability of everyday Americans to organize themselves."

Critics and supporters alike agree the House measure would reverse such laws. It would also bar tactics that employers can use to drag out organizing drives, contract negotiations and ultimately the ratification of an agreement.

Other provisions of the bill include:

— Giving organizers more control over how — and where — unionization votes are held, allowing them to be conducted at arms-length from employers who may be hostile to the effort.

— Empowering the National Labor Relations Board to fine companies that fail to comply with orders from the board.

— Granting organizers access to the contact information of workers, who they then could reach outside working hours during unionization drives.

Among dozens of other provisions, it would also prohibit companies from permanently replacing workers who strike, prevent some from being classified as “independent contractors” as a means to deny workplace protections, and forbid employers from forcing workers into “captive audience meetings” where unionization is discouraged.

Unions have historically offered a pathway to higher wages. But during floor debate, Republicans focused on the longstanding political relationship between Democrats and labor.

“This far-reaching legislation is nothing more than a union boss wish list,” said Foxx, who led Republican debate on the bill.

But the debate also presented an awkward counterpoint to those in the party who have seized on Trump's appeal to white, working-class voters and sought to rebrand the GOP, long a bastion of business and country clubs, as a working-class party.

During his floor speech, Ryan, the Ohio congressman, implored Republicans who want to help the working class to take substantive action rather than focusing on culture war issues.

“Stop talking about Dr. Seuss and start working with us on behalf of the American workers,” he shouted, referring to the recent conservative uproar over several Dr. Seuss children’s books that were deemed racially and culturally insensitive.

The five Republicans who voted for the bill are Reps. Brian Fitzpatrick of Pennsylvania, John Katko of New York, Chris Smith of New Jersey, Jeff Van Drew of New Jersey and Don Young of Alaska.

Rep. Henry Cuellar of Texas was the lone Democrat to oppose the measure.