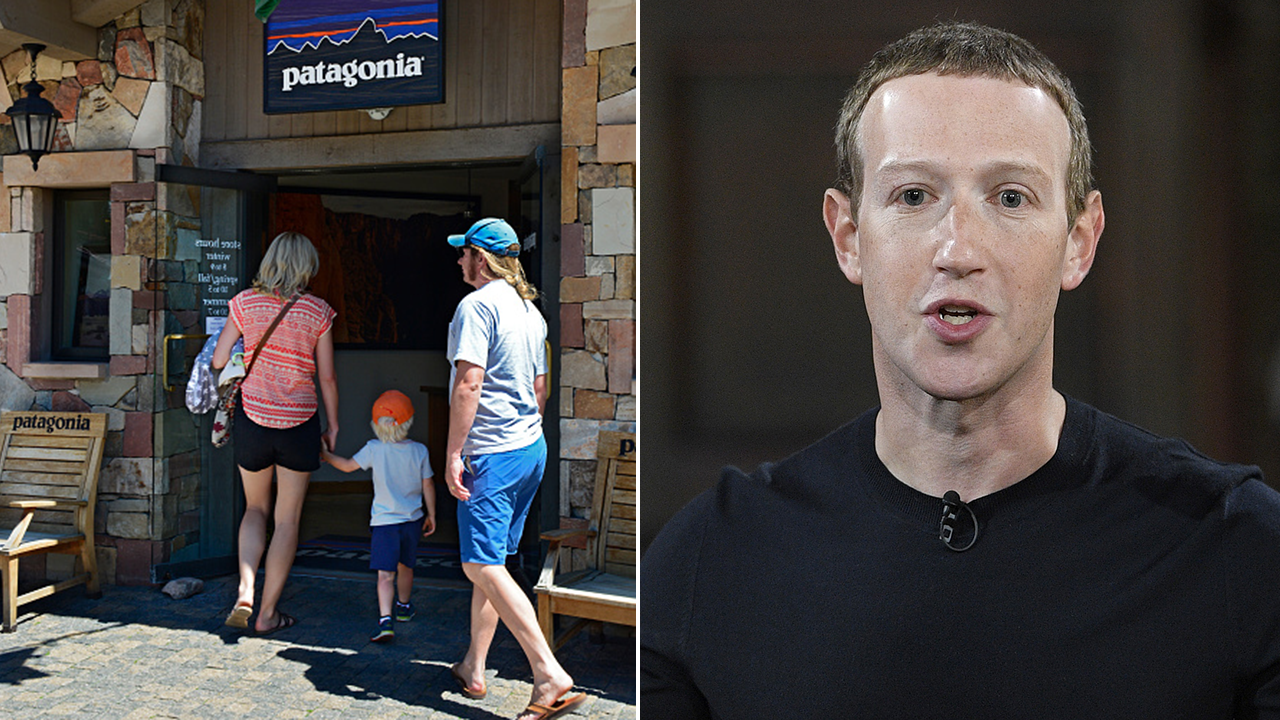 Patagonia has joined an advertising boycott against Facebook, saying the social media giant has not done enough to stop "hateful lies and dangerous propaganda" on its platform.

The outdoor apparel company said it is pulling ads from Facebook and Instagram, effective immediately, through at least the end of July as part of the "#StopHateforProfit" campaign.

Patagonia hinted it may reinstate the ads if it sees "meaningful action" from Facebook. The North Face, REI and freelancing platform UpWork say they have also paused ads.

"For too long, Facebook has failed to take sufficient steps to stop the spread of hateful lies and dangerous propaganda on its platform," Patagonia's head of marketing Cory Bayers told FOX Business in a statement. "From secure elections to a global pandemic to racial justice, the stakes are too high to sit back and let the company continue to be complicit in spreading disinformation and fomenting fear and hatred."

The campaign, which is backed by groups including Anti-Defamation League, the NAACP, Sleeping Giants, Color Of Change, Free Press and Common Sense, alleges that Facebook amplifies messages of white supremacists, allows posts that incite violence and fails to "disrupt bad actors" who are using the platform to do harm.

"We deeply respect any brand's decision, and remain focused on the important work of removing hate speech and providing critical voting information," Facebook vice president of global business group Carolyn Everson told FOX Business. "Our conversations with marketers and civil rights organizations are about how, together, we can be a force for good."

"Facebook remains unwilling to take significant steps to remove political propaganda from its platform," NAACP CEO Derrick Johnson said in a statement. "It is clear that Facebook and its CEO, Mark Zuckerberg, are no longer simply negligent, but in fact, complacent in the spread of misinformation, despite the irreversible damage to our democracy. Such actions will upend the integrity of our elections as we head into 2020."

Facebook CEO Mark Zuckerberg fell under scrutiny for leaving up posts by President Trump suggesting that protestors in Minneapolis could be shot. Dozens of Facebook employees even staged a virtual "walkout" to protest the decision.

Last week, the tech giant did remove posts and ads run by Trump's re-election campaign for calling on Facebook users to sign a petition against Antifa, otherwise known as a loosely organized anti-fascist movement. The post displayed a red, upside-down triangle symbol, which has been associated with a symbol in Nazi Germany.

The story has been updated to reflect comments from Facebook.