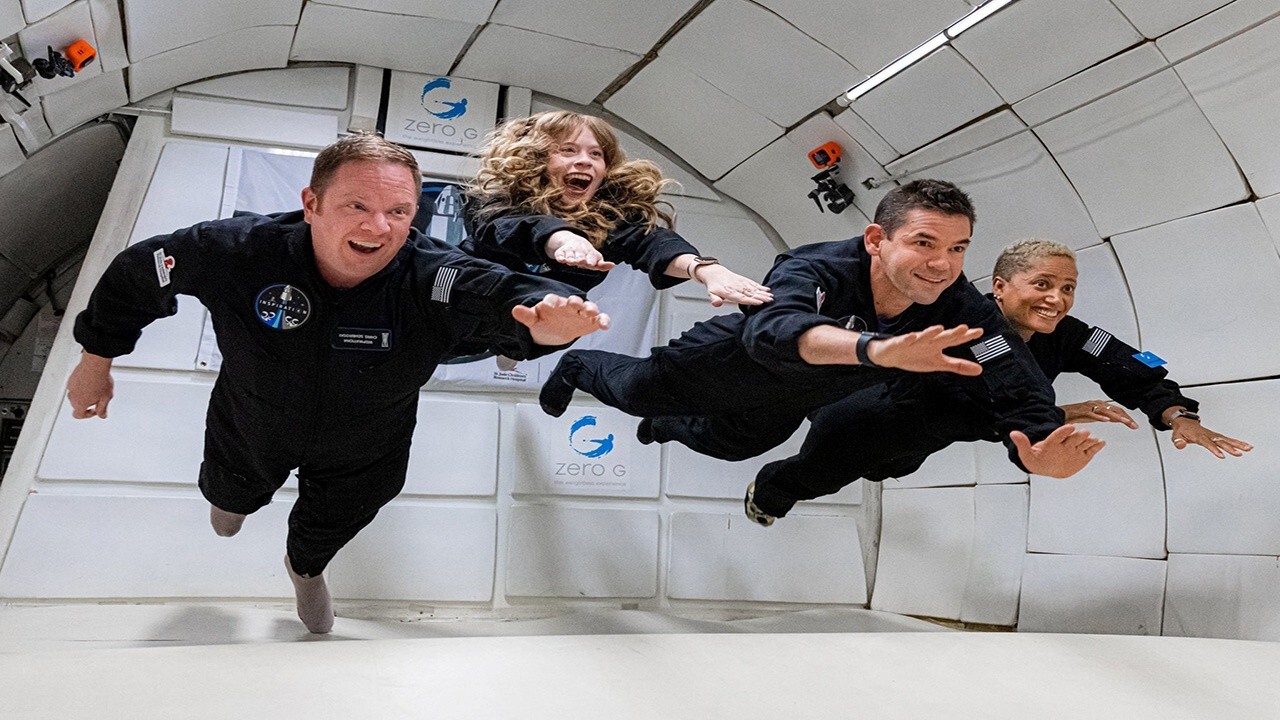 Blue Origin's second suborbital spaceflight will blast off on Oct. 12 from the aerospace company's Launch Site One in West Texas. The trip, which is currently slated to liftoff at 9:30 a.m. Eastern time, will carry a crew of four, including former NASA engineer Chris Boshuizen and health care technology executive Glen de Vries.

From 2008 to 2012, Boshuizen served as a space mission architect at NASA's Ames Research Center. He co-invented the NASA Phonesat, a free-flying orbital satellite built out of an ordinary smartphone, and established Singularity University, a school for studying the consequences of accelerating technological development.

While at NASA, he also co-founded Planet Labs in 2010, the first company to commercially utilize nanosatellites to provide daily, global mapping of Earth from space. To date, the company has launched over 450 satellites. In addition, Boshuizen organized several international space conferences for young people interested in space.

"This is a fulfillment of my greatest childhood dream," Boshuizen said in a statement. "More importantly, though, I see this flight as an opportunity to inspire students to pursue careers in STEM and catalyze the next generation of space explorers. After all, our future of life in space is in their very capable hands."

Meanwhile, de Vries, an instrument rated private pilot, Carnegie Mellon University trustee and author of "The Patient Equation," co-founded Medidata Solutions in 1999, which has powered software for over 25,000 clinical trials with more than seven million patients in every therapeutic area, from vaccines to cancers and rare diseases. The company was acquired by Dassault Systèmes in 2019, where de Vries now serves as vice chair of life sciences and healthcare.

"I’ve spent my entire career working to extend people’s lives. However, with limited materials and energy on Earth, extending our reach into space can help humanity continue to thrive," de Vries said. "Furthermore, astronauts can experience the 'overview effect,' gaining a new perspective on how fragile and precious our planet, those resources, and our civilization are. Playing a part in advancing the space industry and one day making those resources and that understanding available to everyone, is an incredible opportunity."

The spaceflight's two other crew members will be announced in the coming days.

Actor William Shatner, best known for his portrayal of Captain James T. Kirk of the USS Enterprise in the Star Trek television series and movies, speaks on the opening day of MEGACON at the Orange County Convention Center. (Paul Hennessy/SOPA Images/LightRocket via Getty Images / Getty Images)

Sources told TMZ on Friday that Captain James T. Kirk himself, William Shatner, was slated to join the flight, which would reportedly make the 90-year-old "Star Trek" veteran the oldest person to be launched into space. Representatives for Shatner and Blue Origin did not immediately return FOX Business' requests for comment.

The October trip comes after the company's first successful suborbital spaceflight in July.

Blue Origin founder Jeff Bezos was joined on the flight by his brother Mark, 82-year-old aerospace pioneer Wally Funk, and 18-year-old Oliver Daemen, who replaced a mystery auction winner who paid $28 million for a seat. The flight lasted almost 11 minutes and reached 66.5 miles in altitude.