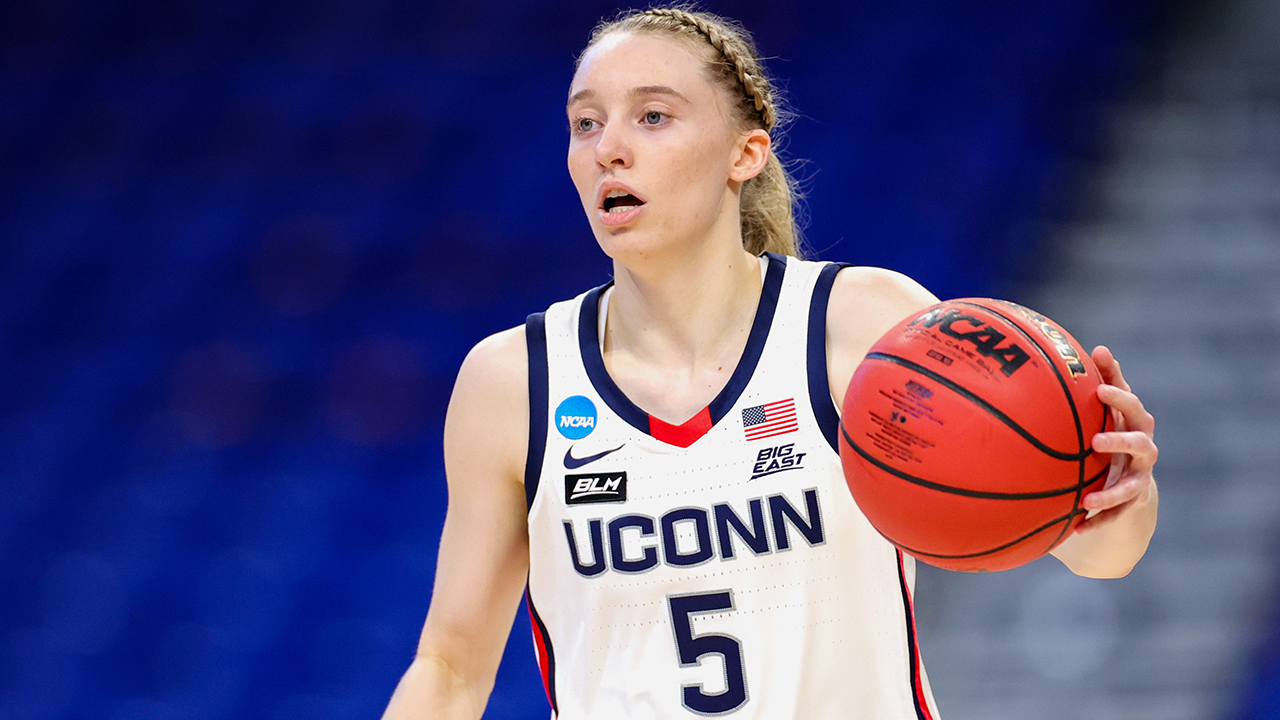 Gatorade made a splash in the name, image and likeness (NIL) world on Monday.

Paige Bueckers and Nika Muhl (10) of the UConn Huskies react after a foul called against the Arizona Wildcats in the Final Four semifinal game at the Alamodome on April 2, 2021, in San Antonio, Texas. (Elsa/Getty Images / Getty Images)

"I won National Gatorade Player of the Year in high school and that’s when our relationship kinda started. And now, to be an actual Gatorade athlete, it’s surreal to me. It’s amazing to me. It’s such a blessing and I can’t wait to get started," Bueckers said in a video.

Bueckers is a sophomore with the Huskies and is widely regarded as one of the best college basketball players in the country.

Paige Bueckers of the UConn Huskies warms up before the Final Four semifinal game against the Arizona Wildcats at the Alamodome on April 2, 2021, in San Antonio, Texas. (Elsa/Getty Images / Getty Images)

"From her electrifying performances on the court to fueling change off of it, Paige exemplifies everything it means to be a Gatorade athlete," Jeff Kearney, the global head of sports marketing for Gatorade, said in a statement. "Partnering with her is a statement to the next generation of our continued commitment to women in sport."

In four games this season, Bueckers is averaging 20.5 points per game, 5 rebounds and 6.5 assists. She and the Huskies are 3-1 to start the year. The team’s lone loss came in the Battle 4 Atlantis against No. 1 South Carolina. She scored 19 points in that game.

Paige Bueckers controls the ball against the High Point Panthers during the NCAA Women's Basketball Tournament at the Alamodome on March 21, 2021, in San Antonio, Texas. (Carmen Mandato/Getty Images / Getty Images)