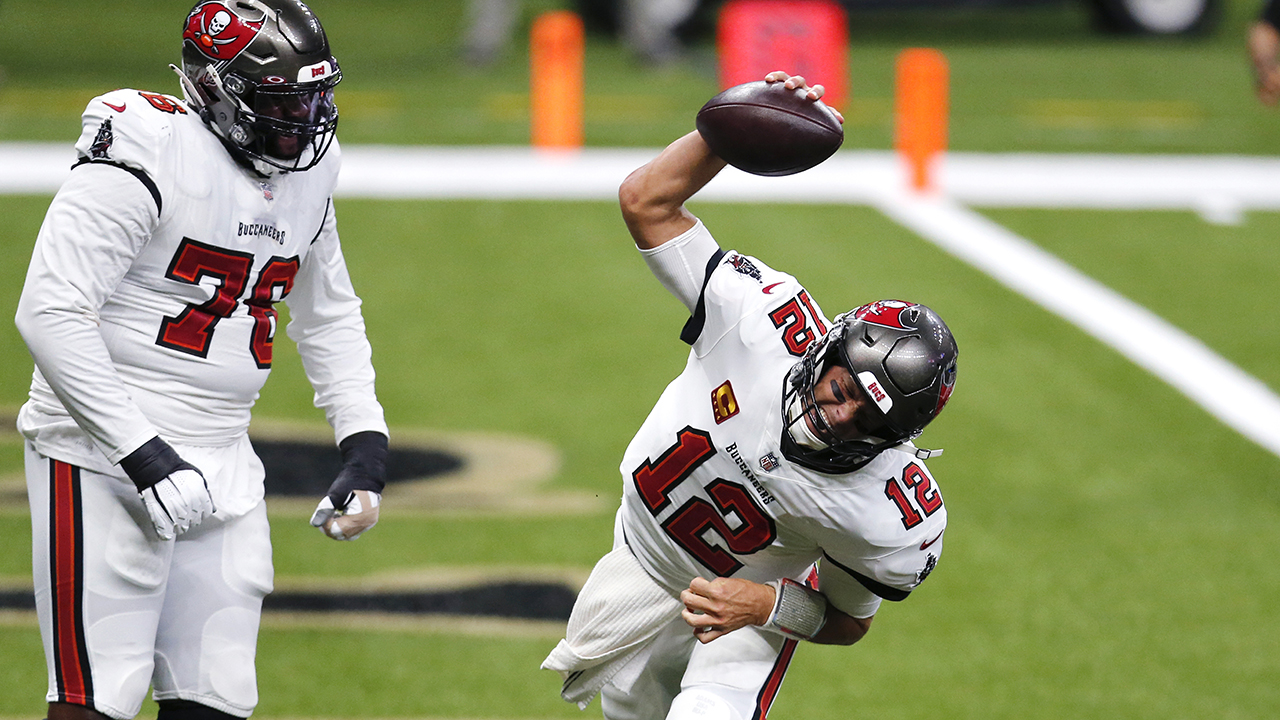 The NFL is back, and some of the top players in the league are leading the jersey sales after the first weekend of the season.

Tom Brady was the leader of the pack in jersey sales as he made his Tampa Bay Buccaneers debut on Sunday, according to ESPN. Brady, in a loss to the New Orleans Saints, was 23-for-36 with 239 passing yards, two touchdown passes, a rushing touchdown and two interceptions.

THESE ARE THE SUPER BOWL LV FAVORITES, ODDSMAKERS SAY

THESE ARE THE NFL MVP FAVORITES, ODDSMAKERS SAY

“Football is back!! @fanatics NFL sales jump more than 35% for opening weekend vs last year, setting a record for best start ever to the NFL season,” Rubin wrote.

Of the top five in jersey sales, Brady and Bosa were the only two players who picked up a loss on Sunday. Brady and the Buccaneers lost to the Saints, 34-23. Bosa and the San Francisco 49ers lost to the Arizona Cardinals, 24-20.