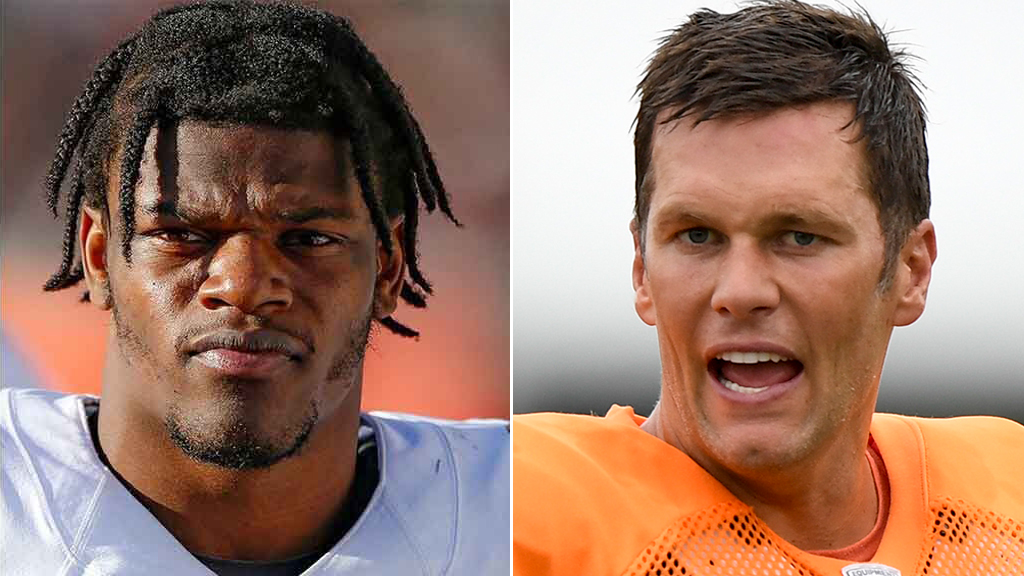 The NFL MVP is awarded to the most outstanding player in the league who put on the best performance during the season.

Baltimore Ravens quarterback Lamar Jackson is the defending MVP after leading the team to the best record in the NFL during the 2019 season and a division title. The Ravens finished the year 14-2, won the AFC North division title and earned home-field advantage in the playoffs.

Jackson, in only his second season in the league, led the NFL with 36 touchdown passes. He also had 3,127 passing yards. Jackson dominated on the ground too, rushing for 1,206 yards and seven touchdowns.

Unfortunately, Jackson and the Ravens couldn’t keep their streak going as they were bounced from the playoffs in the divisional round.

Jackson is among the favorites to repeat as MVP.

THESE ARE THE NFL OFFENSIVE ROOKIE OF THE YEAR FAVORITES, ODDSMAKERS, SAY

Here are who the oddsmakers say could win the MVP this season.

Tom Brady moved on from the New England Patriots and joined the Tampa Bay Buccaneers in the offseason. Brady joins a team with plenty of offensive weapons to throw to, which makes him a no-brainer contender for the MVP award even at age 43.

Deshaun Watson had a solid 2019 season, throwing for 3,852 yards and 26 touchdowns. However, the Houston Texans star lost his top target during the offseason in DeAndre Hopkins who was traded to the Arizona Cardinals. Another good year for Watson would certainly put him in contention for MVP given the odds he is facing.

THESE ARE THE NFL DEFENSIVE ROOKIE OF THE YEAR FAVORITES, ODDSMAKERS SAY

Seattle Seahawks quarterback Russell Wilson may get overlooked when it comes to the top players in the NFL. But he’s been known for making do with what he’s got when it comes to the underrated running backs and receivers he plays with. Wilson had 4,110 passing yards and 31 touchdown passes last season. He nearly helped Seattle to an NFC West division title.

THESE ARE THE NFL COACH OF THE YEAR FAVORITES, ODDSMAKERS SAY

Baltimore Ravens quarterback Lamar Jackson (8) scrambles during the second half of an NFL divisional playoff football game against the Tennessee Titans, Saturday, Jan. 11, 2020, in Baltimore. Jackson hopes to lead the Ravens to the postseason. (AP Ph

The defending MVP is not considered to be the favorite coming into the season. Jackson is looking to be the first back-to-back MVP winner since Peyton Manning in 2008 and 2009.

If it wasn’t for dislocating his kneecap in the middle of last season, Patrick Mahomes may have won back-to-back MVPs. The Super Bowl MVP is the clear favorite to win his second league MVP. He had 4,031 passing yards and 26 touchdown passes for the Kansas City Chiefs last season.