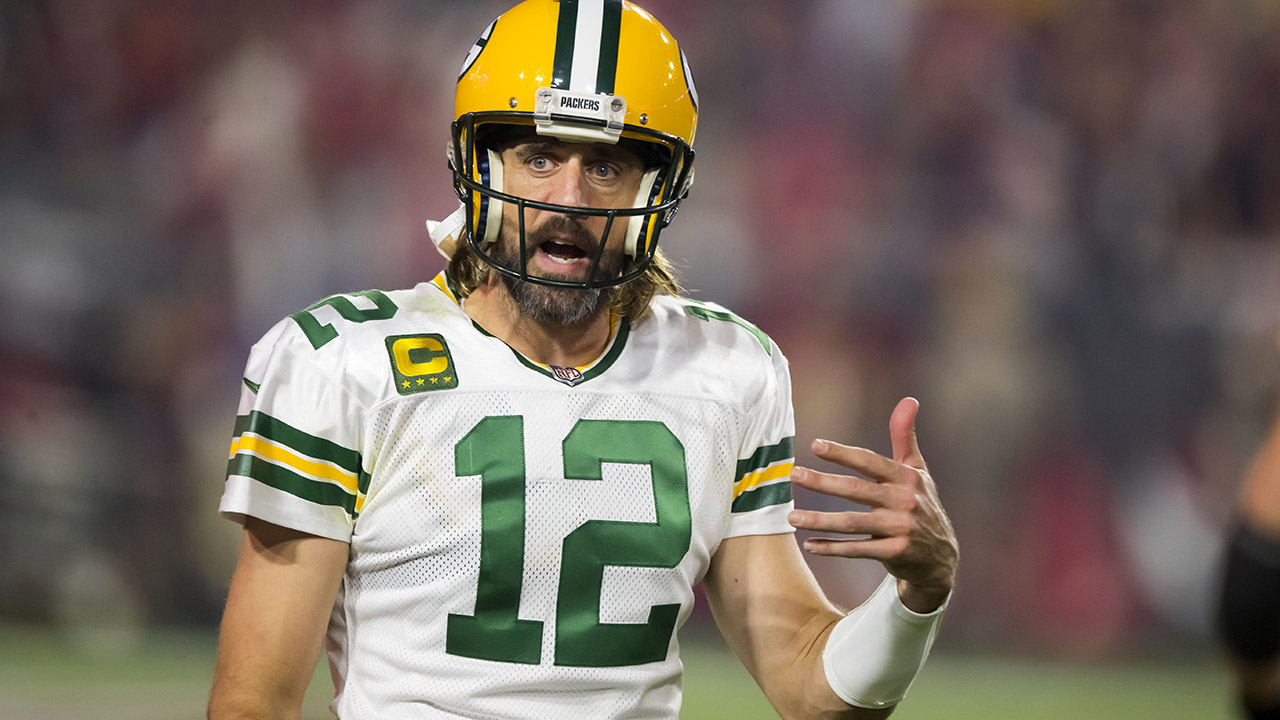 State Farm and other companies Aaron Rodgers is the spokesperson for came under fire after the Green Bay Packers superstar revealed his stance on the coronavirus vaccine.

Rodgers had already been dropped by Prevea Health over the weekend and on Monday it was State Farm’s turn to decide what they were going to do with the reigning NFL MVP. Rodgers had been seen in countless ads for the insurance company touting their "discount double check."

State Farm said it supported Rodgers’ "personal point of view" despite disagreeing with his statements on "The Pat McAfee Show" last week.

"Aaron Rodgers has been a great ambassador for our company for much of the past decade," State Farm said in a statement to FOX Business.

"We don’t support some of the statements that he has made, but we respect his right to have his own personal point of view. We recognize our customers, employees, agents and brand ambassadors come from all walks of life, with differing viewpoints on many issues. Our mission at State Farm is to support safer, stronger communities. To that end, we encourage vaccinations, but respect everyone’s right to make a choice based on their personal circumstances."

AARON RODGERS TO CONVERT PART OF SALARY INTO CRYPTO: 'BITCOIN THE MOON'

Rodgers rattled off several reasons why he chose not to get vaccinated, including an allergy he said he has from an ingredient in mRNA vaccines. He said he also talked to his friend Joe Rogan about the treatments the podcaster took when he was diagnosed with COVID and admitted one of the medicines he was on was ivermectin.

"I realize I'm in the crosshairs of the woke mob right now," Rodgers told former NFL punter McAfee and his former linebacker teammate A.J. Hawk. "So, before my final nail gets put in my cancel culture casket, I think I would like to set the record straight on so many of the blatant lies that are out there about myself."

Rodgers took shots at the NFL media for ripping him and made it a point to say he would’ve explained himself if anyone asked him to explain what he meant when he said he was immunized. Additionally, he said he was allergic to some of the ingredients in the Pfizer and Moderna vaccines and chose not to get the Johnson & Johnson vaccine due to some of its side effects.

"I'm not an anti-vaxx, flat-earther. … I have an allergy to an ingredient that's in the mRNA vaccines. I found a long-term immunization protocol to protect myself, and I'm very proud of the research that went into that," the Packers star added.

"Prevea Health remains deeply committed to protecting its patients, staff, providers and communities amid the COVID-19 pandemic," the company wrote in a statement. "This includes encouraging and helping all eligible populations to become vaccinated against COVID-19 to prevent the virus from further significantly impacting lives and livelihoods."