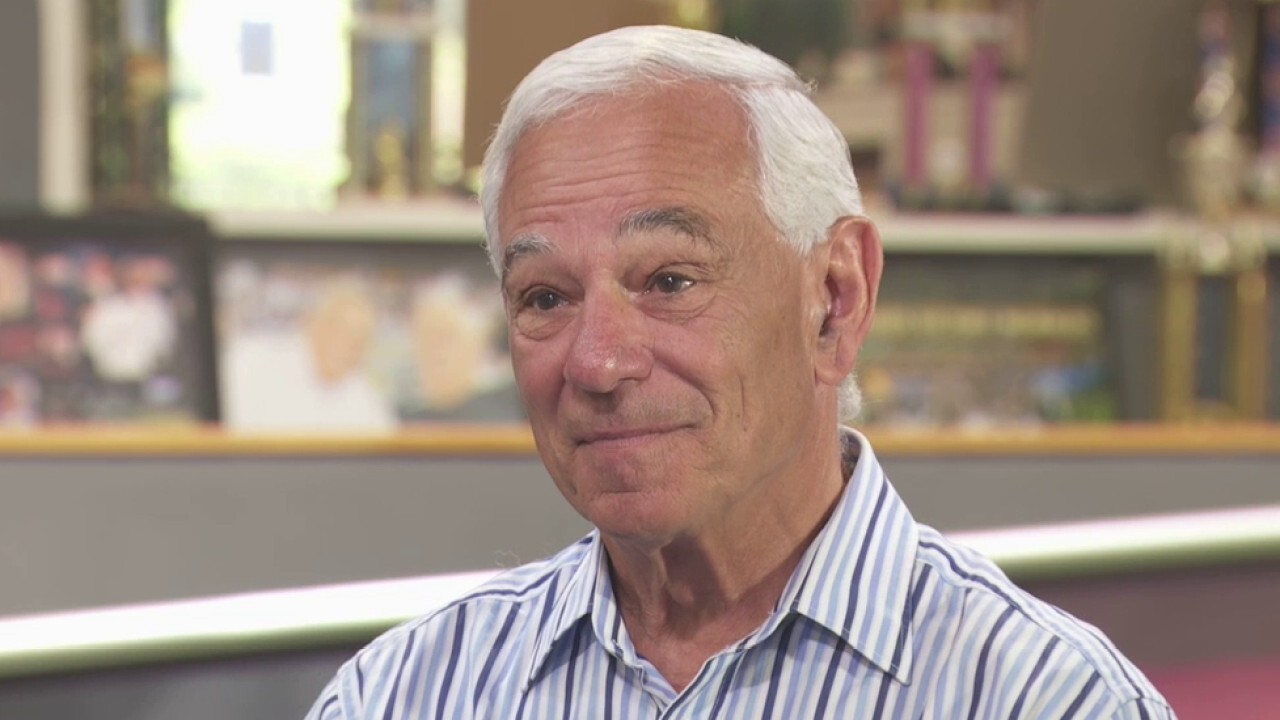 Two bitter rivals locked in the thick of a heated pennant race. A standing-room-only crowd. Nerves piercing through the air with every pitch. And…players hugging before the game?

While it may seem unconventional, that was the scene on Sept. 21, 2001, at Shea Stadium, a mere 10 days after the 9/11 terrorist attacks devastated the U.S. and the city of New York.

Through all the stories of camaraderie and healing that occurred in the days, weeks and months after 9/11, maybe the most unlikely tale of togetherness came from the professional sports field.

And when it happened, even the participants were surprised.

20 YEARS SINCE 9/11: FORMER NYSE CEO KNOWS AMERICA CAN RISE FROM ANY CHALLENGE

"I thought of it bringing the world together. I remember hugging (Braves manager) Bobby Cox before the game, which never had been done in a professional game before, with two teams embracing in a friendly situation, especially the Mets and the Braves. I wouldn’t have thought that would happen. But it did," said Bobby Valentine, the famed Mets manager from 1996-2002.

The sports world – including Major League Baseball – ultimately came to a halt for about a week after the attacks.

The decision to shut down was made to honor the roughly 3,000 souls who lost their lives on 9/11. That was also exacerbated by the fear of more attacks, and a particular danger in tight, large crowds.

In New York City, with all the destruction across town, it was easy to forget that a season still had to be finished.

The first game back – also the first sporting event in New York City since the attacks – set the stage for perhaps the most memorable regular season baseball game of the 21st century.

Valentine, who also managed the Texas Rangers and Boston Red Sox, recalled just how tense and unusual the pregame was.

"I remember walking the perimeter of Shea Stadium, checking things out. There were dogs sniffing everything, including all the boxes that we had in the parking lot. It was surreal for sure," Valentine remembered.

Despite the heavy security presence, the game was able to get underway but not without a few words of encouragement from MLB executives first.

"From the commissioner's office, we were told that more than likely the bad guys were going to be watching this game. Somewhere in some cave, somewhere that this event was going to be seen as our national pastime being destroyed, or being seen as something less than it was before 9/11. And we were told to put on that happy face," the former Mets manager said.

Indeed, the pregame ceremony was unlike anything seen before in sports: members from all major first responder networks in New York. Popstar Marc Anthony singing the national anthem. Players tearing up. And yes, rival teams embracing.

"I remember just organically when that ceremony was over, it was completely unexpected and not planned that we looked across the field at the other team, the Braves, our archrivals, and just thought, ‘Hey, you know what, let's go and shake hands and embrace.’ We recognize certainly at that point, if we hadn't already, that this was not just another mid-September baseball game, it was taking on a whole new meaning," said Todd Zeile, the former Mets third baseman.

The memories Zeile has of the ceremony are vivid to this day.

"I think we all felt like we were part of something different and special. And we just wanted to see how everybody was doing from a human level. And then we went back to our neutral corners and started playing baseball," he continued.

The game itself was a close one.

New York trailed 2-1 in the bottom of the eighth inning after a double by Atlanta’s Brian Jordan broke a tie game.

With Edgardo Alfonzo on first base after a one-out walk, fan favorite Mike Piazza took to the batter’s box with an entire city and nation anxiously watching.

Piazza didn’t disappoint, sending a towering, go-ahead, two-run home run over the center field wall to give the Mets their first lead of the evening, one they would not relinquish.

The reaction will live long in baseball lore.

Zeile - who was the Mets players union representative at the time and was instrumental in the Mets' usage of FDNY and NYPD hats during the game - also had a similar recollection of the moment, adding the moment was one of healing and perseverance.

"One of the people that I had contact with had three sons and lost her husband. She and her three boys went to the game…she recalls that when Mike hit the home run, it was the first time she'd seen her boys smile since the attacks," Zeile remarked.

"That was that moment she thought, you know what, we're going to get through this," he added.

All three boys are doing well today and are firefighters, Zeile said.

As for lessons learned from this seemingly simple yet momentous event? Valentine, who is running for mayor in his longtime hometown of Stamford, Conn., as an unaffiliated candidate, had some thoughts.

"I'm thinking about 20 years ago and how things did come together and how so much is needed to bridge this divide that's been created in our country, in the greatest country in the world. That we now think that ‘hate’ is an appropriate word to use when talking about someone who is a fellow American. I don't get it," Valentine confessed.

"I'm just looking for that event, that awakening, so that we can actually start coming together again," he concluded.