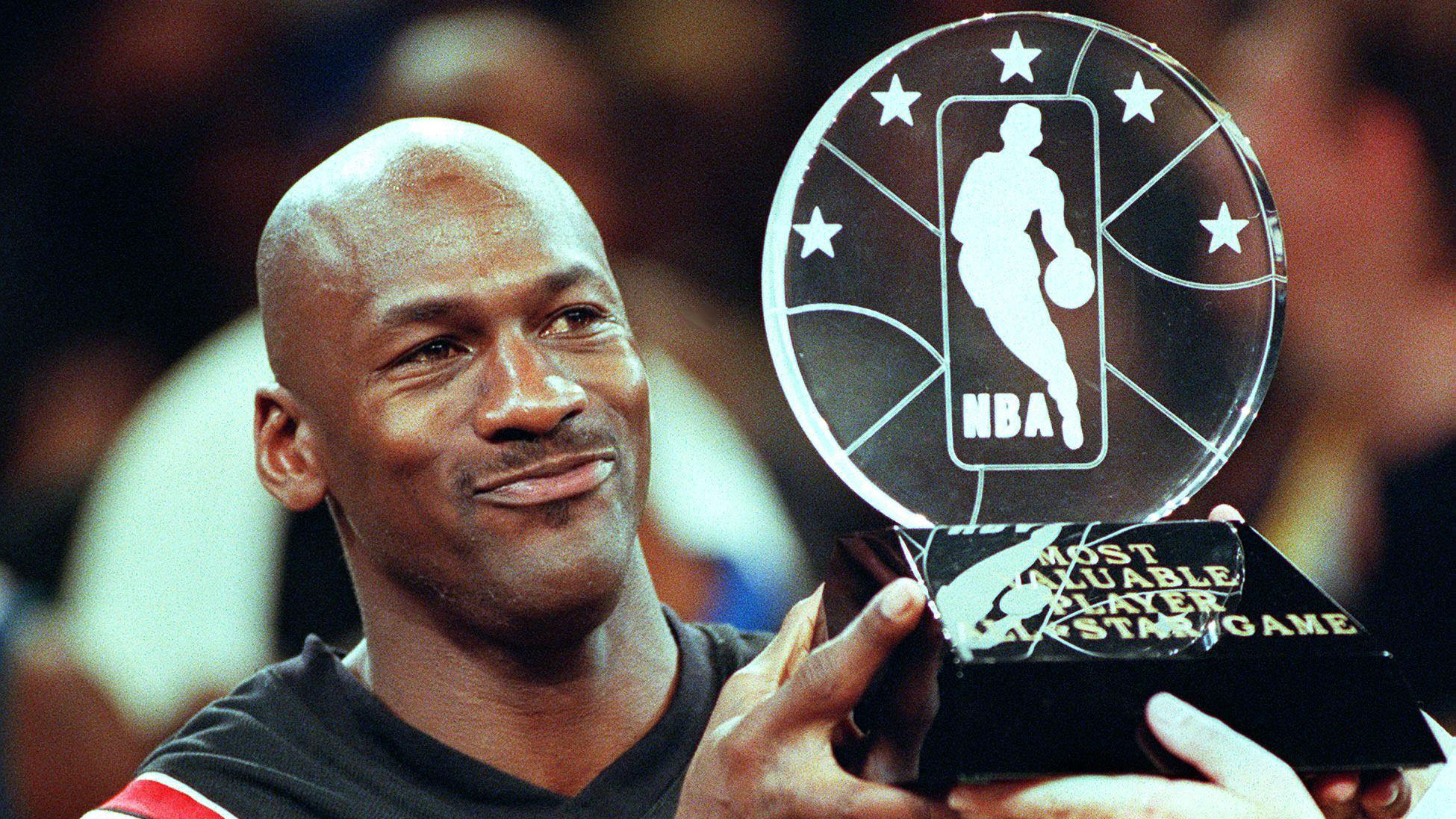 Michael Jordan is the G.O.A.T. in more ways than just how much he won on the basketball court.

The Chicago Bulls legend, Charlotte Hornets team owner and Jordan Brand creator topped the list of highest-paid athletes of all time by Sportico on Thursday. Jordan retired from playing after his final season with the Washington Wizards in 2003.

Fans of Michael Jordan of the Chicago Bulls hold up signs during a game against the New York Knicks April 18, 1998, at the United Center in Chicago, Illinois. The Bulls defeated the Knicks 111-109.  (Jonathan Daniel/Allsport / Getty Images)

The Chicago Bulls' Michael Jordan holds up the Most Valuable Player trophy, which he earned in leading the Eastern Conference to victory in the NBA All-Star Game at Madison Square Garden. (TIM CLARY/AFP via Getty Images / Getty Images)

Sportico incorporated the about $150 million he made in royalties from Nike in 2021, the about $4.7 billion Jordan Brand made in the last fiscal year, his salary earnings from when he was playing basketball and his countless endorsements. He also teamed up with Denny Hamlin to found a NASCAR team before the start of the 2021 season.

SHAQ'S MESSAGE TO HIS KIDS ABOUT MONEY: 'WE AIN’T RICH. I'M RICH.'

Jordan first became a billionaire in 2014, according to Forbes’ estimates. He was the first NBA player to reach the milestone money mark.

LeBron James is the lone active NBA player to reach the $1 billion mark. He is worth $1.17 billion in inflation-adjusted earnings.