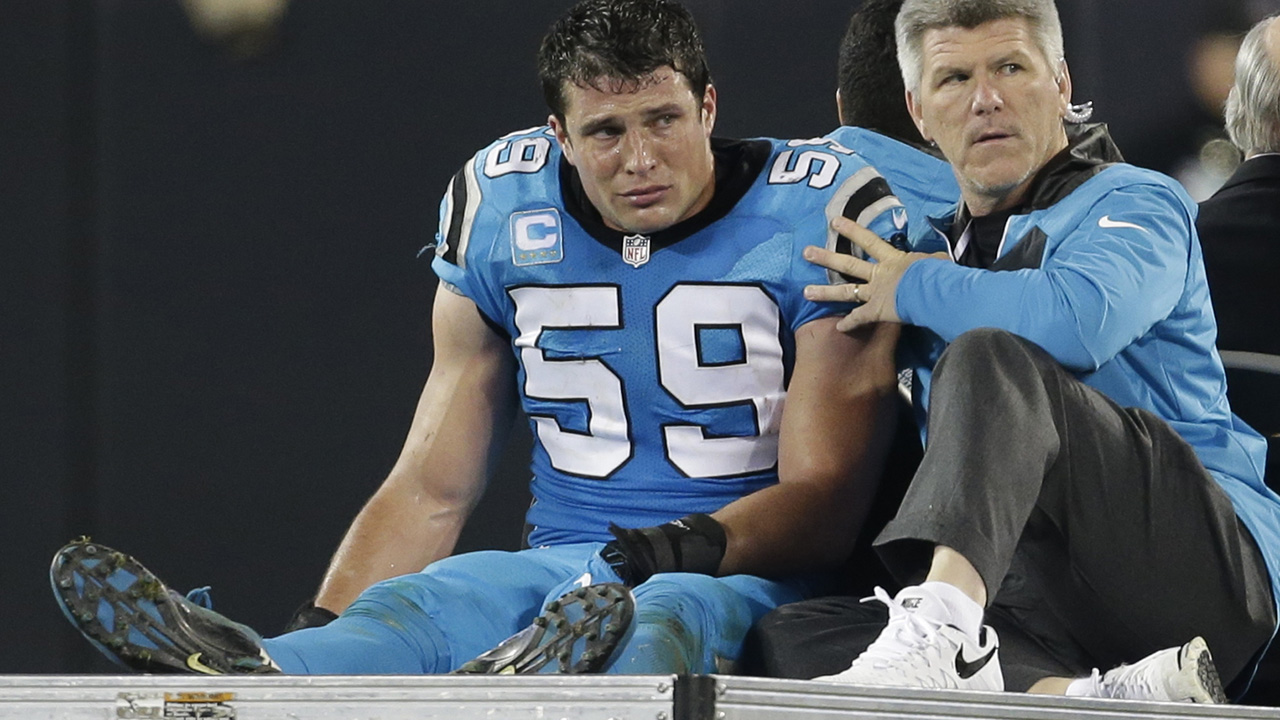 Sports reporter Mike Gunzelman discusses the growing number of penalties in the NFL.

Carolina Panthers linebacker Luke Kuechly became the latest NFL superstar to retire from the sport before their 30th birthday on Tuesday.

Kuechly, 28, made the announcement through the team’s social media accounts. He said it was the “right chance to move on.”

“It makes me sad because I love playing this game,” Kuechly said. “I’ve played it since I was a kid. It’s my favorite thing to do in the world. The memories I have from this place and this organization and being on the field with these guys, they will never go away. ... There’s only one way to play this game since I was a little kid — play fast, play physical and play strong. At this point, I don’t know if I am able to do that anymore, and that's the part that is the most difficult.

“I still want to play, but I don't think it's the right decision.”

Carolina Panthers' Luke Kuechly is taken off the field after being injured in the second half of a game against the New Orleans Saints in Charlotte, N.C. (AP Photo/Bob Leverone, File)

He was awarded the 2013 AP Defensive Player of the year but suffered multiple concussions during his career, which cost him a handful of games. He followed in the footsteps of NFL stars Rob Gronkowski and Andrew Luck who retired from the league because of injuries.

Gronkowski retired in March 2019 after the New England Patriots won their sixth Super Bowl. The tight end was months away from turning 30. He revealed in August the devastating effects from playing football, telling NBC News he had a “centimeter of liquid” in his head at points during his nine-year career.

“No lie, I felt my head, I used to have liquid,” the former tight end said. “It used to be thick, like, my head used to be thicker — a centimeter of liquid in some spots. And you'd be like, what the heck? You could put indents in my head.”

Gronkowski also noted he experienced some “mood swings,” which he said was caused by potential brain injuries he suffered playing football. He revealed he was in pain immediately after his final Super Bowl victory.

“I got done with the game, I could barely walk,” he said. “Now I can barely walk. I’m at the afterparty, I sit down and I’m just chilling all day, like the rest of the night until 3 a.m. I try to go to bed, I slept for five minutes that night. I couldn’t even think. I was in tears, in my bed, after a Super Bowl victory.”

Gronkowski said he couldn’t sleep for more than 20 minutes. He said two weeks after the Super Bowl he had to get 200 milliliters of blood drained from his leg. Then a week after that another 500 milliliters and then another 300 milters one more week later, for a total of 1 liter.

Luck retired about a month from his 30th birthday and weeks away from the start of the 2019 season. He was suffering from lower leg pain going into the season. He missed parts of the 2015 season after suffering a lacerated kidney and a partially torn adnominal muscle. He missed the entire 2017 season after undergoing surgery on his throwing shoulder.