With the average Chick-fil-A store making roughly $4 million in sales annually, the highest out of QSR's top 50 American fast food restaurants, it's easy to see why so many people are interested in franchising the popular chicken restaurant.

The likelihood of ever becoming a franchisee, however, is slim. Chick-fil-A receives nearly 40,000 franchisee inquires annually and only ends up approving roughly 100 applications, according to the Washington Post.

After making the initial online application, Chick-fil-A conducts in person and video interviews with the top candidates, assessing their business acumen and their suitability for the position. In some instances, the company may even contact friends, family and former business partners, according to Business Insider.

While previous employment with Chick-fil-A is not a prerequisite, it certainly helps, with roughly 60 percent of new franchisees having previous experience with company in some capacity.

The steep competition is likely driven by Chick-fil-A's relatively miniscule cost to open a franchise. While franchisees of other prominent fast food restaurants should expect to spend millions of dollars, Chick-fil-A only requires its franchisees to spend $10,000.

This low cost is the result of the fact that Chick-fil-A pays for all of the startup costs associated with establishing a new restaurant. The restaurant chain recoups these costs, however, by leasing everything to the franchisees for 15 percent of sales and 50 percent of the remaining pre-tax profit.

In addition to the high ongoing fees, Chick-fil-A requires that its franchisees work at the restaurant full-time, meaning that in most cases they can only run one store. 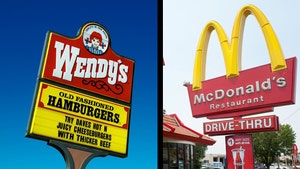 McDonald's, Starbucks: The cost of the biggest fast-food franchises

McDonald's, Starbucks and Dunkin: franchising America's biggest fast-food restaurants could be a lucrative opportunity, but they come with a high price tag. 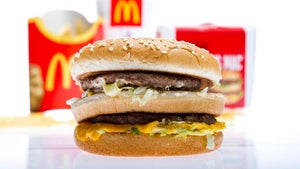 The fast-food chains join a long list of others who also failed in the beef category. 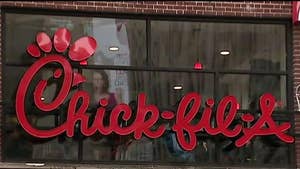 The ACSI’s rankings are based on several benchmarks, including order accuracy, food quality, cleanliness and variety.