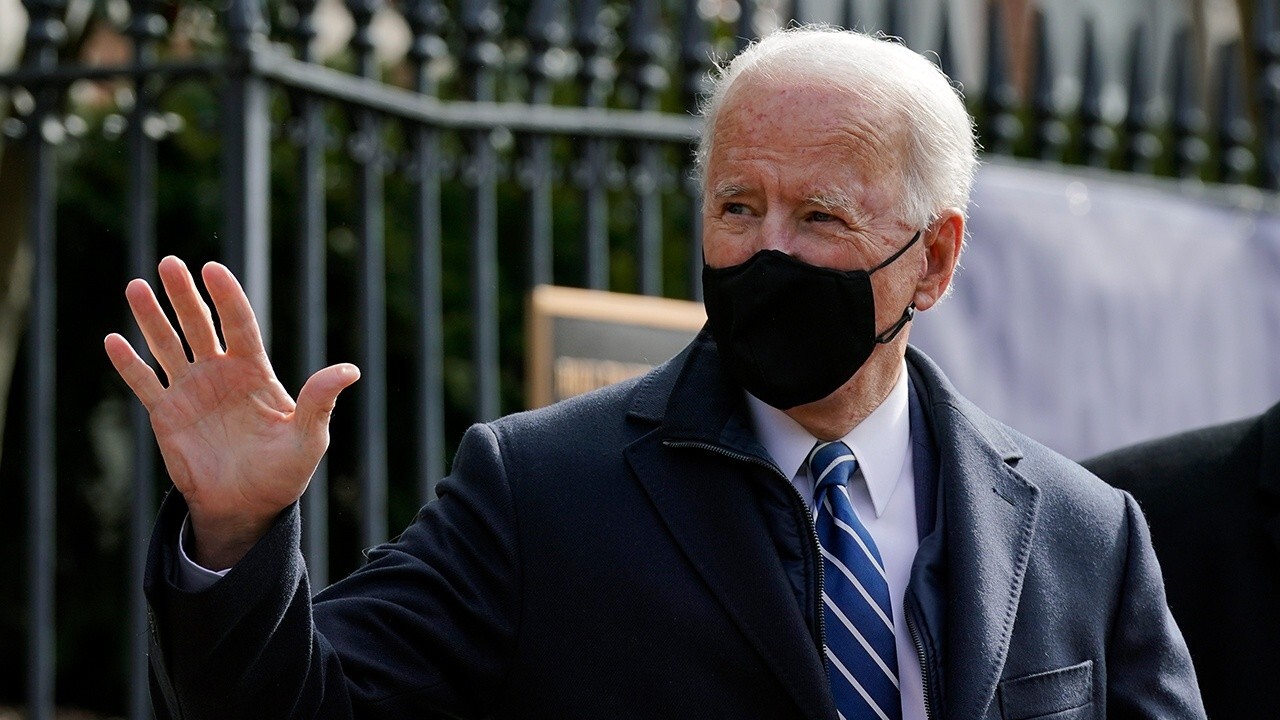 Biden canceling Keystone will cause energy prices to rise: Analyst

The Schork Group principal Stephen Schork argues Americans will be paying higher energy prices ‘in the years to come’ under the Biden administration.

President Joe Biden is looking to continue filling his Cabinet with familiar faces by bringing back Tom Vilsack as the secretary of agriculture.

As agriculture secretary, Vilsack will have input on policies that will affect climate and food aid programs – two major planks of Biden’s platform.

Vilsack previously held the role from 2009-2017 under former President Barack Obama and is a big supporter of Biden, not only endorsing him in 2020 but even volunteering for Biden’s first presidential campaign in 1987.

The role also touches a number of other areas, including workers’ safety, rural development and possible competitive trust issues.

The importance of the role set off a fierce battle between the far left and more moderate wings of the Democratic Party, according to NPR. Biden likely hoped to mitigate the infighting by making what would appear to be a safe choice.

Here are four things you need to know about Tom Vilsack:

WASHINGTON, DC - FEBRUARY 24: U.S. Secretary of Agriculture Tom Vilsack testifies during a House Committee on Agriculture hearing regarding the state of the rural economy, on Capitol Hill, February 24, 2016 in Washington, DC. On Tuesday, Vilsack stat

1. He is not popular with the far-left elements of the Democratic party

If Biden hoped to appease the two flanks of his party with Vilsack’s appointment, he likely failed.

Vilsack left his post at the end of the Obama administration and took up a role as chief executive of the U.S. Dairy Export Council (USDEC) in 2017.

JENNIFER GRANHOLM: WHAT TO KNOW ABOUT BIDEN'S ENERGY SECRETARY PICK

The USDEC is a nonprofit that represents U.S. dairy producers, suppliers, traders and cooperatives, per the group’s website.

Far-left advocates believe that Vilsack, therefore, will bow down to corporate interests.

"Vilsack has made a career of catering to the whims of corporate agriculture giants — some of whom he has gone to work for," said Mitch Jones, policy director for Food and Water Watch, an environmental advocacy group.

2. He has served at several levels of government

Prior to serving as Obama's agriculture secretary, Vilsack held a number of positions in his home state of Iowa.

MARTY WALSH: WHAT TO KNOW ABOUT BIDEN'S LABOR SECRETARY PICK

He was then urged to run for mayor and won the election in 1987.

His work as mayor led him to serve as a state senator in 1992, then to serve as governor six years later.

3. He ran for president and was on Clinton’s shortlist for running mate in 2016

Vilsack has shown ambitions for the White House, launching his own presidential bids, including one in 2008. However, it failed to gain much traction.

DEPARTING US FCC CHAIR WARNS OF THREATS TO TELECOMS FROM CHINA

One of the most notable aspects of his campaign was the use of social media, by which his team maintained several accounts on different platforms to engage voters.

His message failed to find its audience, and he withdrew before the first primary.

Vilsack endorsed Clinton in 2008, which earned him a spot on her shortlist for running mate in 2016, though that spot eventually went to Sen. Tim Kaine, D-Va.

4. He offered to quit over a racism gaffe in his department, but Obama persuaded him to stay

One of the most controversial moments in Vilsack’s previous tenure as agriculture secretary saw him confronting racial injustice when he responded to controversy in Georgia.

A video of Shirley Sherrod, the first Black director of rural development in Georgia, showing her making supposed racist remarks surfaced on a conservative website, resulting in the USDA asking for her resignation. Her dismissal turned into a racial firestorm after it became clear that the video had been edited and her remarks were meant to tell a story of reconciliation.

Vilsack has been criticized for the firing of department official Sherrod, a move he later apologized for.

Vilsack offered to resign over the issue, but Obama defended him, saying that Vilsack had “jumped the gun” in his decision. Sherrod accepted Vilsack’s apology, but she declined a new role, according to the Washington Post.