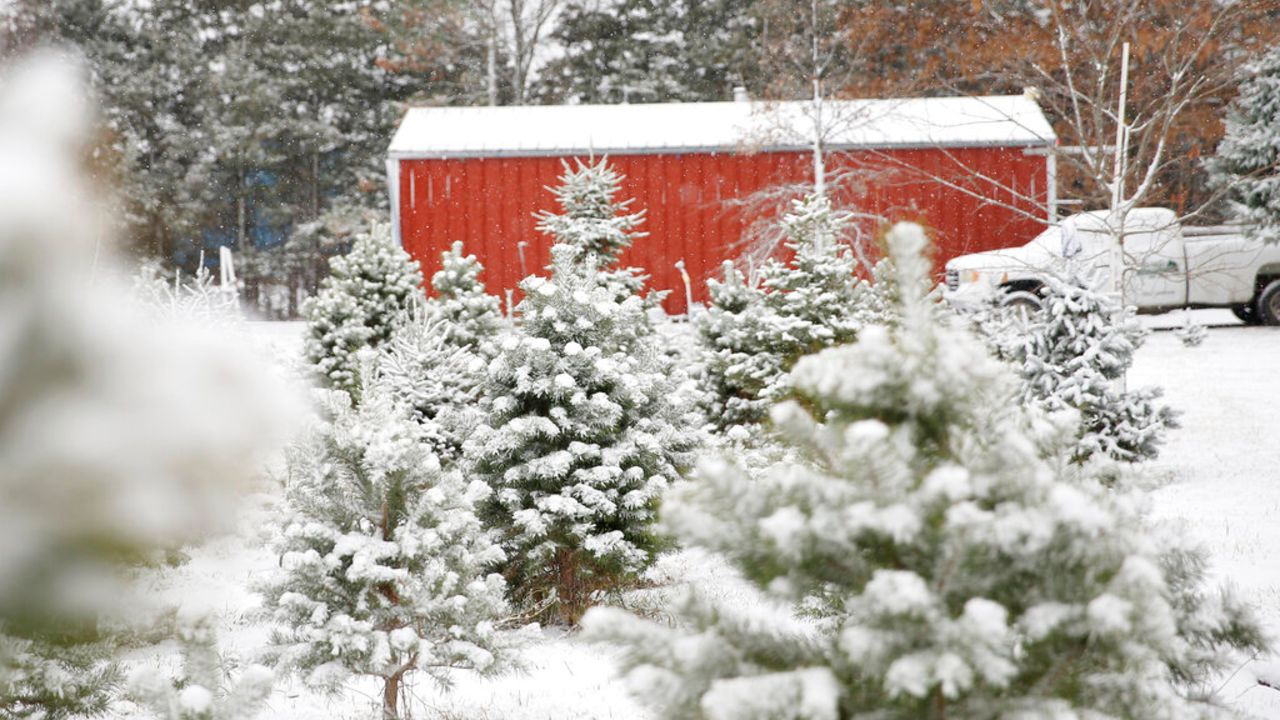 WASHINGTON -- A few months ago, those who supply America's homes with fresh Christmas trees were approved for special aid by the U.S. Department of Agriculture to help against the economic ravages of the coronavirus pandemic.

Frozen out were the people harvesting their less glamorous industrial cousins: loggers and truckers behind the nation's construction, paper and furniture-making industries. Only farmers who provided species like firs and spruces to Christmas tree lots were greenlighted for relief, leaving some feeling like they would be Grinched this Yuletide after an already brutal year.

"You see all these other businesses getting all this help from the government, and it's frustrating," said Thomas Douglass, a fifth-generation logger in Maine, who said his family business was "one big equipment breakdown from a disaster."

Now, tucked inside the new $900 billion coronavirus relief package passed by Congress, but facing an uncertain fate with President Trump, is $200 million in aid for the loggers and the trucking companies that transport their wares to paper mills and other processing facilities. The reason: an only-in-Washington tale of the importance of lobbying and political connections.

The National Christmas Tree Association, along with the larger nursery trade group, American Hort, has worked the corridors of power for decades. American Hort has a full-time team of lobbyists in Washington, at a cost of $1 million cumulatively over the past decade, lobbying reports show. American Hort also makes donations through its longstanding political-action committee.

Tucked inside the new $900 billion coronavirus relief package passed by Congress, but facing an uncertain fate with President Trump, is $200 million in aid for the loggers and the trucking companies that transport their wares. (Carissa Soukup/The Ind

By comparison, the American Loggers Council, which represents the logging industry and log truckers, has spent $85,000 on lobbyists over the same period and has no PAC.

"We have been in D.C. since at least the 1940s or 1950s," said Craig Regelbrugge, the chief lobbyist for American Hort. "It's fair to say that having a consistent presence and relationships is a huge strategic advantage for the industry."

As the USDA was determining which parts of the nation's agricultural industry should receive government aid, the Christmas tree association and American Hort repeatedly urged officials to include those who supply Christmas trees, said Tim O'Connor, executive director of the National Christmas Tree Association. They feared the pandemic might hit their producers hard because of costly coronavirus safety measures and reduced sales from state and local retail restrictions.

In May, Congress approved $10 billion in aid to farmers under the Coronavirus Food Assistance Program, which the USDA aimed at farmers producing food such as corn and hogs, along with another $6 billion the agency distributed from existing funding. In September, another $14 billion in aid was added, and the USDA expanded the list of eligible recipients to include tobacco farmers and those raising products including ornamental fish, cut flowers -- and Christmas trees.

As the USDA was determining which parts of the nation's agricultural industry should receive government aid, the Christmas tree association and American Hort repeatedly urged officials to include those who supply Christmas trees. (AP Photo/Toby Talbo

A USDA spokeswoman said Christmas trees were included when the department decided to broaden its list of eligible products to include nursery crops such as floriculture. Trees bound for lumber and paper mills aren't among such crops, she said.

The Christmas tree industry is enjoying a bumper year, and it couldn't immediately be determined how much of the aid the industry has tapped.

The Christmas tree inclusion caught the eye of the logging industry, whose representatives in the American Loggers Council say they felt the part of the industry that supplies home-building and other commercial interests had been excluded because of a technicality -- and despite great need.

An economic impact report commissioned in August for the American Loggers Council estimated about $1.8 billion in financial losses for the industry through the first half of this year, compared with the same period of 2019. Timber producers and haulers have expensive equipment payments and maintenance costs, and many of them work as independent contractors, making them a bad fit for the Small Business Administration's Paycheck Protection Program.

So the American Loggers Council took a page from the Christmas tree association and American Hort and lobbied.

A USDA spokeswoman said Christmas trees were included when the department decided to broaden its list of eligible products to include nursery crops such as floriculture. (Credit: LIV Sotheby’s International Realty)

US CROP PRICES ARE RISING, AND CHINA IS BUYING

"One thing we have learned from this is there's a need to create parity between us and the rest of agricultural producers," said Danny Dructor, executive vice president of the American Loggers Council. "Most of our guys are fiercely independent, but there comes a time when you do need help from the government. And we were starting behind the eight ball."

Of the Christmas tree producers, he added: "It amazes me how they qualified for the program before harvesting a single tree."

The loggers council hired lobbyist Matt Hill and pursued two paths to win assistance: through Congress or the Trump administration.

They first appealed to the White House and USDA to give the timber industry access to USDA's existing coronavirus relief funds. Many timber producers are staunch supporters of Mr. Trump.

Representatives for the loggers say the White House was receptive to their case for coronavirus aid and helped them write pitches to USDA, headed by Secretary Sonny Perdue. Sen. Susan Collins (R., Maine), whose state is a major timber producer, also wrote to Mr. Perdue in September.

The loggers council said USDA officials told them there was no one simple financial impact formula to apply across the industry. The department also told the group it was reluctant to include haulers, though harvesters also often act as timber transporters.

The loggers' other path -- through Congress -- looked bleak until recently.

The bill went nowhere. But Ms. Collins was one of the lead negotiators on the overall congressional relief package that is awaiting Mr. Trump's signature. The president's displeasure with other aspects of the bill introduced uncertainty this week as to when any of the aid would become available.

"One of my goals was to get the equivalent of the Loggers Relief Act in there," Sen. Collins said in an interview. "And I did."