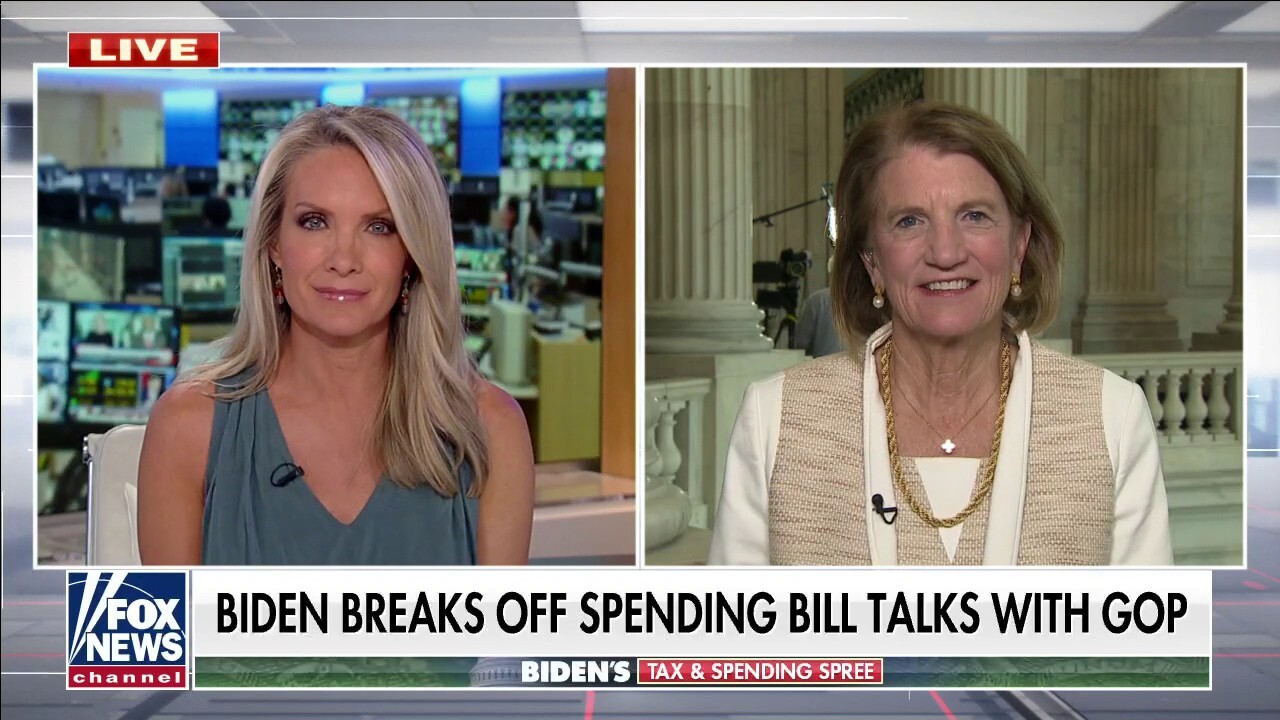 Sen. Moore Capito on Biden breaking off talks with GOP on spending bill

Sen. Shelley Moore Capito, R-W.V., talks about how bipartisan talks on a spending deal broke down between the White House and Republican senators.

Capito met with Biden on several occasions over the past few weeks to try and bridge the approximately $700 billion gap between Republicans and Democrats. Biden on Tuesday called off the talks after the two sides were unable to reach an agreement.

"In the end, we never got to the scope of what infrastructure is," Capito, told Dana Perino on Fox News’ "America’s Newsroom." "The president still had in his plan extraneous items we felt that were not exactly physical infrastructure."

Capito and fellow Senate Republicans last month proposed a $928 billion infrastructure plan, up from their previous $568 billion offer, focused on core infrastructure, including roads and bridges, public transit, ports and waterways, and broadband.

The proposal would have been paid for by repurposing unused federal funds allocated to COVID-19 relief, and would have left former President Donald Trump’s tax cuts, which lowered the top corporate tax rate to 21%, intact.

The Biden administration, however, has other ideas about what constitutes infrastructure.

It’s slimmed down $1.7 trillion proposal, originally $2.25 trillion, would outlay money for the areas that Republicans consider infrastructure, but also for things like electric vehicles, upgrading schools ventilation systems and energy efficiency, and caregiving for elderly and disabled Americans.

The administration’s proposal would raise the top corporate tax rate to 28%, in addition to implementing a 15% minimum corporate tax.

The breakdown of the bipartisan talks means Democrats are likely to try and pass their own version of the bill through the budget reconciliation process in order to bypass a Republican filibuster, which would require 60 votes to pass. The bill would pass via budget reconciliation with all 50 Democrats voting in favor and a tie-breaking vote from Vice President Kamala Harris.

"I think the American people lose because they want to see us work together," Capito said. "Not to mention what happens to our infrastructure if we don’t get a more robust effort here when we have the opportunity to do it."