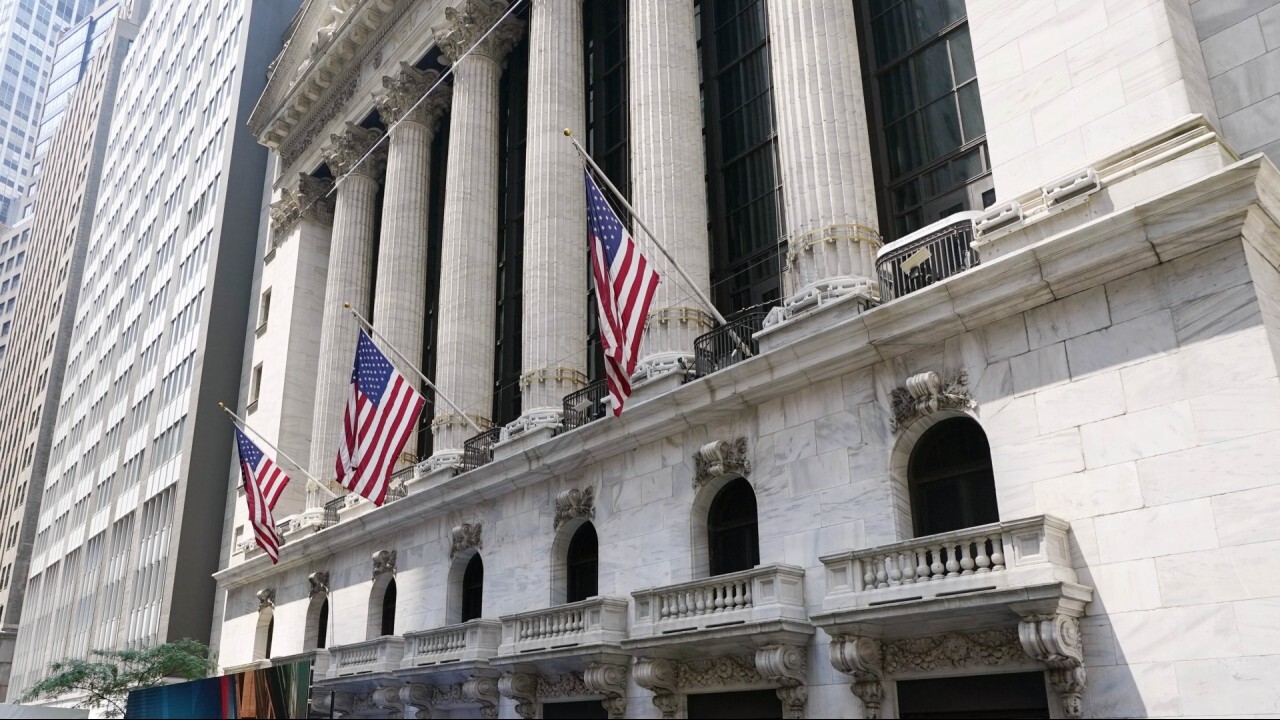 Satori Fund founder Dan Niles argues the overall market could 'get hammered' if the Federal Reserve is 'behind the curve.'

Sen. Joe Manchin, D-W.Va., is resisting growing pressure from his fellow Democrats to go it alone on President Biden's proposed $2.3 trillion tax and spending plan, even as infrastructure negotiations between the White House and a coalition of Republicans ran into a wall this week.

Asked Tuesday whether he supported using budget reconciliation to pass the package, known as the American Jobs Plan, Manchin said: "I’m not even close to the thought process on that. We’re just trying to find an infrastructure bill we can all agree on."

Manchin's comments come amid signs the bipartisan talks are coming to an end after months of back and forth, with the two sides still deeply divided over the size and scope of a package to rebuild the nation's crumbling roads and bridges. Although Biden is expected to meet on Tuesday with Sen. Shelley Moore Capito, the West Virginia Republican spearheading the negotiations, she told reporters that she does not have plans to produce a new counteroffer after Biden rejected a proposal to increase a $928 billion plan by $50 billion.

The president has said that he wants at least $1 trillion in new spending.

"We made a good robust effort. The biggest infrastructure package ever with pay-fors that we delineated," Capito said Monday. "And he said, ‘That’s not enough.’ So, I accept that. I mean I have to. He’s the president."

Capito added: "We’re going to keep talking. But I’m not coming back with anything in the next 24 hours."

Biden's ongoing talks with Republicans are just one of "several paths" for an infrastructure package, White House press secretary Jen Psaki said Monday. Another option, Psaki said, is working with a group of bipartisan lawmakers who have been quietly drafting a backup proposal. It's unclear what pricetag the group would offer.

Separately, the chairman of the House Transportation and Infrastructure Committee on Friday unveiled a bill that would invest $547 billion over five years in roads and bridges, as well as rail and other public transport. Rep. Peter DeFazio, D-Ore., scheduled a markup of the bill for Wednesday. Biden spoke to DeFazio on Friday to "offer his support" for the markup, the process through which bills make their way through committees, Psaki said.

The White House has also not ruled out unilateral action by congressional Democrats to pass Biden's original $2.3 trillion tax and spending plan, a sweeping measure that makes massive investments in traditional infrastructure like roads, bridges and transit systems, but also includes billions to combat climate change and bolster care for elderly and disabled Americans.

Senate Majority Leader Chuck Schumer, D-N.Y., has indicated that he wants to pass an infrastructure bill by July, whether or not support for the measure is bipartisan.

"The bottom line is very simple, that it has always been our plan regardless of the vehicle to work on an infrastructure bill in July," he said last week. "And that’s our plan, to move forward in July."