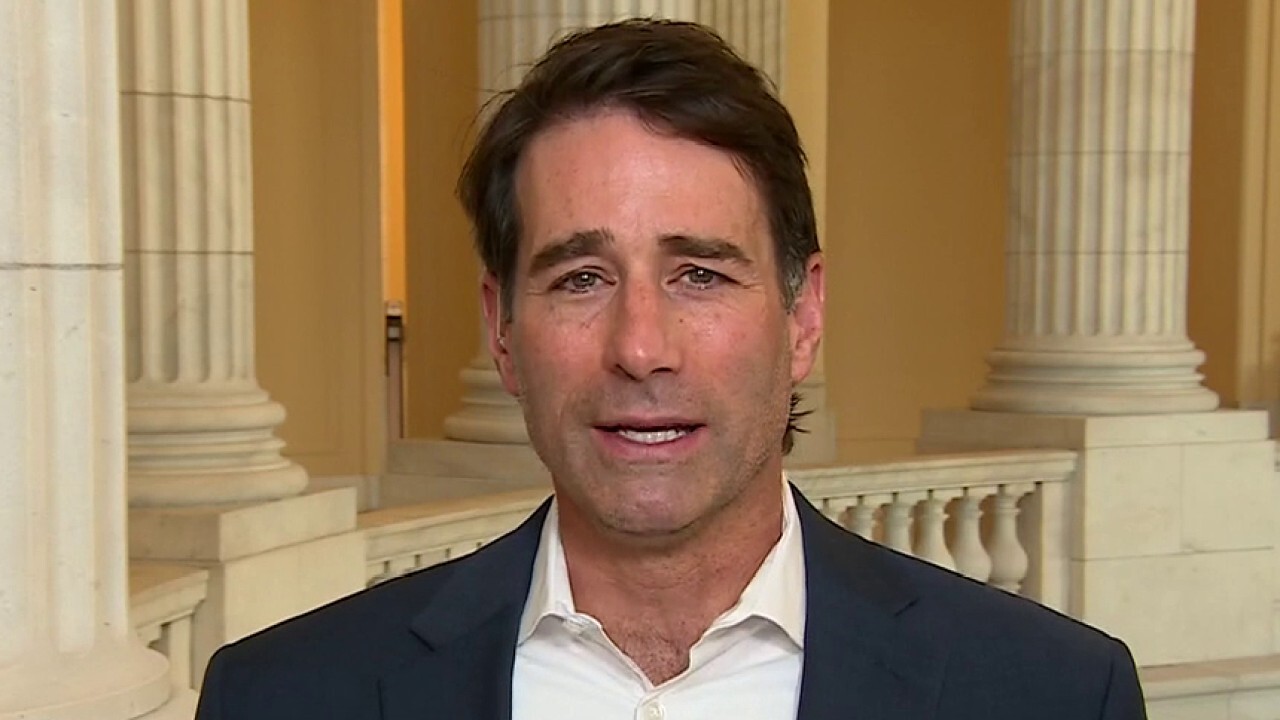 Schumer said he is convening a meeting Wednesday with all 11 Democratic members of the Senate Budget Committee to start putting together the reconciliation vehicle for Biden's two-pronged economic proposals: The $2.3 trillion American Jobs Plan and the $1.8 trillion American Families Plan.

His comments come amid a push by a group of bipartisan lawmakers to reach a compromise infrastructure deal.

A coalition of 10 senators reached an agreement last week for $579 billion in new spending that would be funded without any tax hikes, according to a source familiar with the matter. The proposal would spend $974 billion over five years and $1.2 trillion if continued over eight years, the source said. The senators did not release details of the plan, but the source said it would remain focused on core infrastructure projects.

Schumer said he wants to bring a scaled-back infrastructure bill – one that has the support of both political parties – to the floor under regular order before moving to pass a more extensive spending bill.

"Both are moving forward, the bipartisan track and the track on reconciliation, and both we hope to get done in July, both the budget resolution and the bipartisan bill," the New York Democrat told reporters.

But some Democrats want to abandon bipartisan talks and pursue Biden's spending plans unilaterally. Those two measures, unveiled in April, would dramatically expand the government-funded social safety net and would massive investments in the nation's crumbling roads and bridges, as well as transit systems, green energy, veterans' hospitals and care for disabled and elderly Americans.

"I wouldn't vote for it," Sen. Bernie Sanders said Monday of the bipartisan proposal. "The bottom line is there are needs facing this country. Now is the time to address those needs and it has to be paid for in a progressive way given the fact that we have massive income, wealth inequality in America."

And the Vermont independent was not the only Democrat to criticize the offer: Sen. Richard Blumenthal of Connecticut called the measure "very, very paltry and disappointing," though he indicated he would be willing to hold his nose and vote for the bill if all 50 members of the Democratic caucus agreed to vote for a bigger follow-up that would be passed using reconciliation.

At least two other Democrats – Sens. Ed Markey of Massachusetts and Jeff Merkley of Oregon – have hinted they will oppose any infrastructure bill that does not allocate money toward fighting climate change.

Still, it's unclear whether the party could secure the support of all 50 Democrats in order to pass a measure using reconciliation. Sens. Joe Manchin of West Virginia and Kyrsten Sinema of Arizona are both in the bipartisan group working on an infrastructure bill.