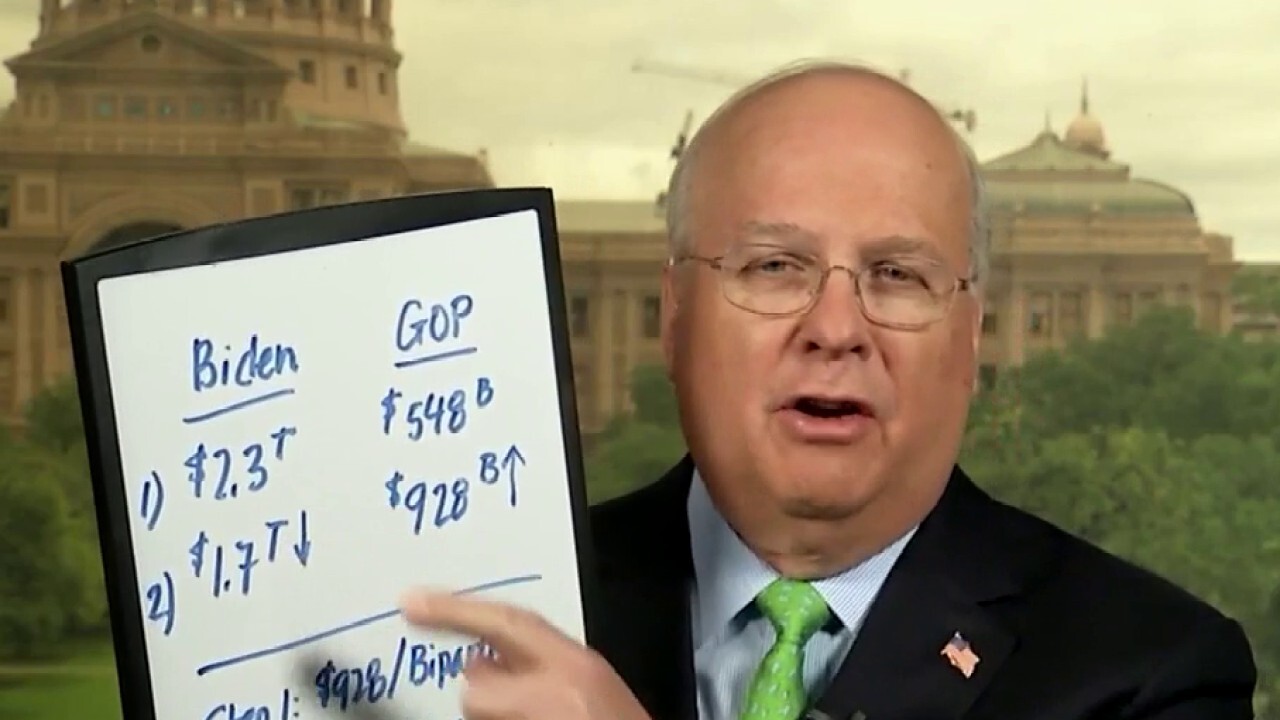 How close are Democrats, GOP to reaching a deal on infrastructure?

Former Bush 43 Deputy Chief of Staff Karl Rove discusses Biden's infrastructure plan, arguing that Biden and the Democrats are trying to get Republicans to 'cave' on parts of the bill in an effort to get the package passed.

Manchin's comments come as talks between Biden and a group of GOP senators drag into their third month.

Despite the weeks of negotiations, there remains an ideological gulf between the two sides over what constitutes infrastructure. The GOP's plan notably does not include new spending on a wide range of areas where Biden has recommended billions, such as electric vehicles, elder care and veterans hospitals, frustrating some Democrats who want Biden to walk away from the talks.

Asked during an interview with NBC News whether he supported using budget reconciliation, an obscure Senate tool that would allow Democrats to approve legislation using their slimmest-possible majority, to pass an infrastructure bill Manchin said: "No, I don't think you should. I really don't. Right now, basically we need to be bipartisan."

Biden made a major concession this week, offering to drop a plan to raise the corporate tax rate to 28% from 21% – a move that would roll back a key part of the GOP 2017 tax overhaul. Instead, the president offered to pay for the infrastructure plan by imposing a higher global minimum rate of 15% on U.S. companies' foreign earnings. In exchange, Republicans would have to agree to up their spending offer to $1 trillion.

"This should be completely acceptable to a number of Republicans who have said their bottom line is leaving the 2017 tax law untouched," White House press secretary Jen Psaki said Thursday.

President Biden made a major concession this week, offering to drop a plan to raise the corporate tax rate to 28% from 21% – a move that would roll back a key part of the GOP 2017 tax overhaul. (AP Photo/Evan Vucci)

Biden has offered to slash his initial proposal of about $2.3 trillion to $1.7 trillion, while Republicans countered last week with a $928 billion proposal – which constitutes about $257 billion in new funding. (The remainder is part of an existing baseline plan for investments.) Republicans have called on the White House to pay for infrastructure by repurposing unspent coronavirus relief money, which they say amounts to about $750 billion.

But the Biden administration has expressed that it would only be open to reallocating about $75 billion.

There are some signs the Biden administration is opening to acting unilaterally to pass the American Jobs Plan: On Sunday, Transportation Secretary Pete Buttigieg said negotiations will continue in private this week, but he identified June 7 as an endpoint for possible deal-making.

Biden is expected to speak again with Sen. Shelley Moore Capito, D-W.Va., who's leading the group of Republicans, on Monday.