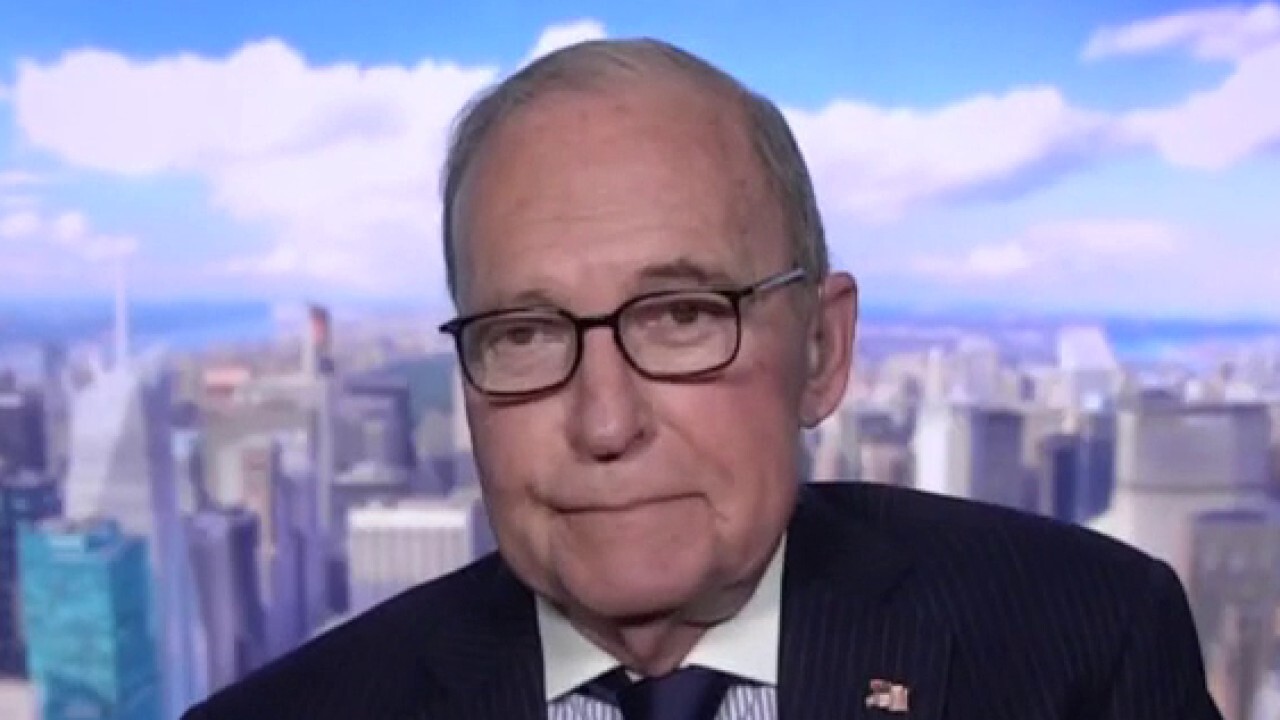 Kudlow on economic boom: 'If it ain't broke don't fix it'

FOX Business' Larry Kudlow discusses the Biden administration's spending plan and getting Americans back to work.

A group of moderate Senate Republicans on Thursday unveiled a scaled-back infrastructure proposal, a counteroffer to the massive $2.3 trillion tax and spending plan introduced by President Biden earlier this month.

Sens. Shelley Moore Capito, Roger Wicker, Pat Toomey and John Barrasso released a five-year, $568 billion proposal focused on roads, bridges and other traditional forms of infrastructure. Republicans have criticized the size and scope of Biden's spending measure – dubbed the Americans Jobs Plan – arguing that it contains too many provisions that are unrelated to traditional forms of infrastructure, such as funding for elderly and disabled Americans and green energy.

GOP lawmakers have also balked at Biden's push to raise the corporate tax rate to 28% from 21% and impose a higher global minimum on U.S. companies' foreign earnings.

"I think that we see this as an offer that is on the table and deserves a response," Capito, R-W.Va., said. "And I think it will get a response."

The group said their plan should be funded in its entirety so as to not contribute to the nation's staggering debt. They suggested that revenue raisers should affect individuals who use the infrsatructure – like owners of electric vehicles – and proposed repurposing federal funding allocated for coronavirus relief efforts to pay for the measure. The lawmakers explicitly called for the preservation of former President Donald Trump's tax cuts, which set the corporate tax rate at 21%, temporarily cut the top individual tax rate to 37% and imposed a $10,000 limit on state and local tax deductions.

While President Biden has said he wants to craft a bipartisan infrastructure bill, Democrats have already rejected the GOP proposal as a non-starter. Sen. Richard Blumenthal, D-Conn., slammed the offer as "totally anemic" and an "insult," while Sen. Elizabeth Warren, D-Mass., said it "does not meet the moment."

Asked last week whether the White House is supportive of slashing the proposal to about $800 billion, press secretary Jen Psaki said the president is weighing a number of different options.