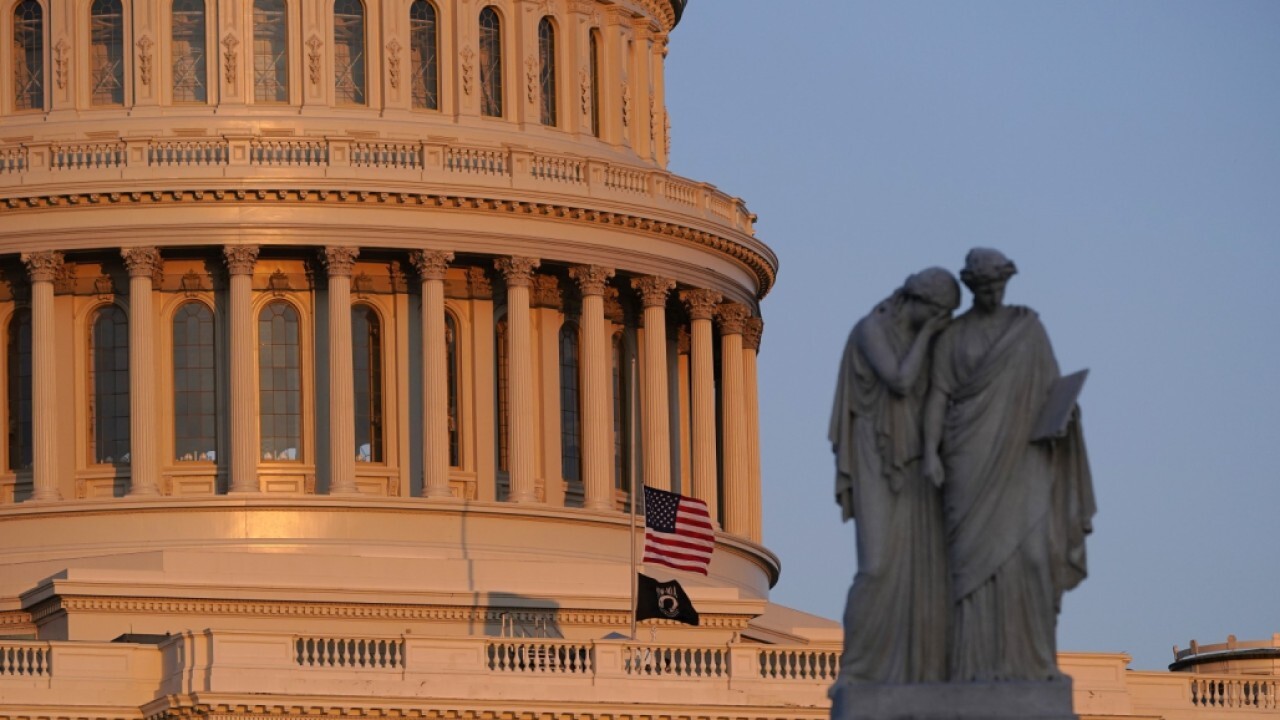 Rep. Kevin Brady, R-Texas, discusses the impact of Democrats raising taxes and whether or not SALT will be repealed.

A group of moderate Senate Republicans is drafting a scaled-back infrastructure proposal, an opening salvo as they seek to strike a deal with President Biden on a package more narrowly targeted in scope.

The GOP lawmakers are poised to offer a bill somewhere around $650 billion, nearly one-third the size of Biden's American Jobs Plan, according to a source familiar with the matter. The senators are expected to introduce the counteroffer "sometime during May recess."

The measure would be about one-third the size of Biden's proposed $2.3 trillion spending plan, which Republicans have panned as too wide-ranging in what it deems to be infrastructure. In addition to including funding for roads, bridges and transit systems, Biden's proposal would allocate billions to issues such as green energy and elder care. The plan would be paid for by raising the corporate tax rate to 28% from 21% and hiking the global minimum paid by U.S. companies to 21% from 13%.

It's unclear how such a measure would be paid for, although Sen. Mitt Romney, R-Utah, suggested that it may involve user-fees. One possibility that he floated this week is increasing the federal gas tax.

"The pay-for ought to come from the people who are using it," he told reporters, adding: "Clearly by bringing in additional revenue from actual miles driven is going to create some additional revenue. I'd have to see how much that would be."

Romney said it's not clear yet whether the group of lawmakers will include Republicans or a bipartisan group.

Although Democrats have floated the possibility of bypassing Republicans and approving the legislation using their slimmest-possible Senate majority via budget reconciliation, it's unclear whether they'll have the votes to do so.

A handful of Democrats have criticized Biden's plan, with some suggesting the corporate tax hike could derail the economy just as it's poised to fully rebound from the coronavirus pandemic.

"As this bill exists today, it needs to be changed," Sen. Joe Manchin, D-W.Va., said during a recent radio interview with West Virginia MetroNews. "Bottom line is, that's what legislation is all about. This bill will not be in the same form you've seen introduced or seen people talking about."