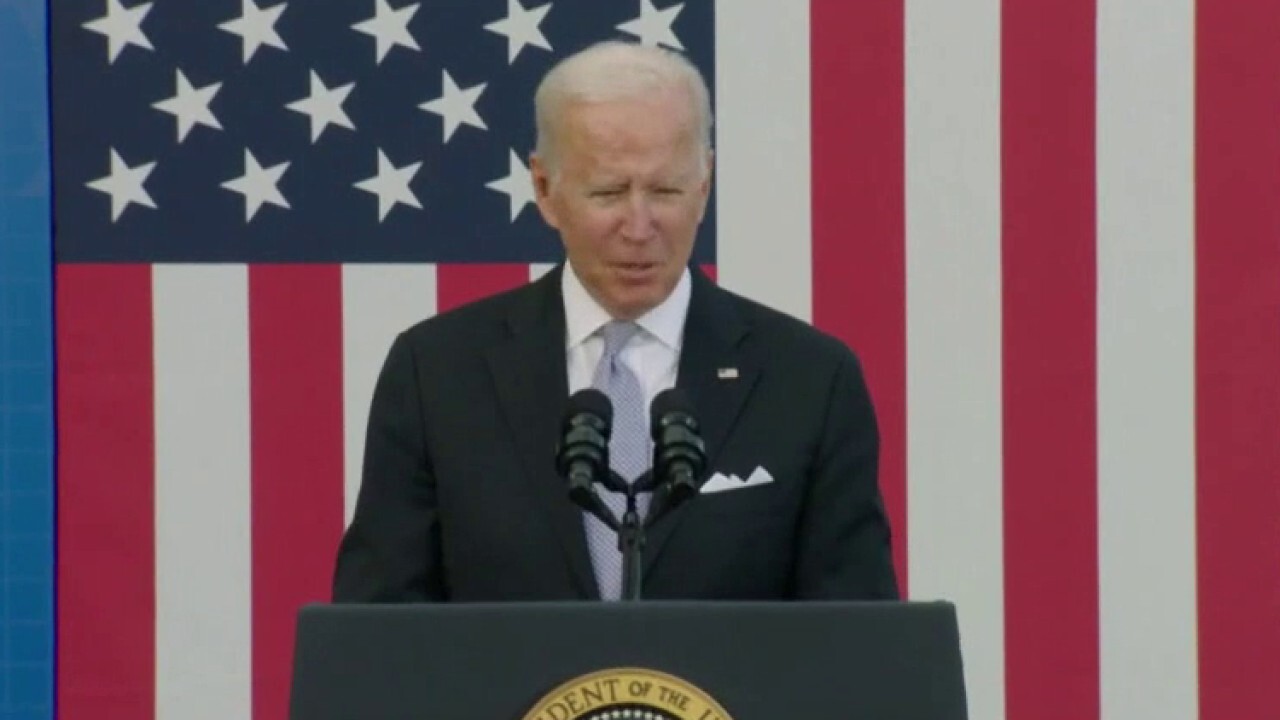 Biden lowers spending bill target to between $1.75T and $1.9T

Multiple high-profile House progressives are saying they would accept assurances from President Biden that a reconciliation package will pass in exchange for their votes on the infrastructure bill, a softened stance that could help Democrats pass it this week.

"My view is that the President's word saying, ‘I have the commitment of 50 senators and those 50 senators are going to vote for this bill and here is the are the details,’ that that's good enough," Rep. Ro Khanna, D-Calif., said on "Fox News Sunday."

"I'm confident we will have an agreement, I'm confident that the president will be able to give his word to the House caucus that he has that agreement," Khanna also said.

Rep. Ro Khanna, D-Calif., participates in a news conference on Dec. 18, 2017, in Washington, D.C. Khanna is one of the most senior members of the Congressional Progressive Caucus. (Photo by Chip Somodevilla/Getty Images) (Getty Images)

These comments marked a shift from previous statements by the Congressional Progressive Caucus (CPC), which argued that the reconciliation bill should be passed through both the House and Senate before a final vote on infrastructure.

DEMOCRATS SCRAMBLING FOR RECONCILIATON DEAL, SEEK TO GET INFRASTRUCTURE TO BIDEN BEFORE OVERSEAS TRIP

"I want an assurance from the president, for example, that we will pass this larger social safety net package because that contains the bulk of his proposals, is why he has joined progressives in calling for the passage of both of these bills," Rep. Mondaire Jones, D-N.Y., added on CNN Monday when asked what it will take to get him to vote for infrastructure.

Rep. Mondaire Jones, D-N.Y., poses for a portrait near his campaign headquarters in the 17th Congressional District on June 30, 2020, in Sleepy Hollow, New York. Jones said on CNN Monday that he would vote for the infrastructure bill if President Bid (Michael Noble Jr. for The Washington Post via Getty Images / Getty Images)

"I am cautiously optimistic that we can get something done this week," he added. "The speaker has expressed optimism about reaching some agreement this week. I await that proposal, and I'm looking forward to delivering the president's agenda on behalf of all Americans."

Khanna is one of the more senior members of the Progressive Caucus, and Jones is known as one of the biggest freshman bomb-throwers in the group. Both are deputy whips in the caucus, which makes their comments especially notable as Democrats try to get a bill for Biden to sign before he leaves the U.S. for a climate summit later this week.

The comments represent the opinions of just two members out of dozens in the caucus, and Democrats only have a three-vote margin for error in the House. That means if a potential deal is not good enough in the eyes of just a handful of members – or if enough insist on reconciliation passing first – those members could blow up any infrastructure vote this week.

Nevertheless, the comments from Jones and Khanna indicate that Democrats could be softening their positions in the reconciliation negotiations as they try to speed along a deal for their party's president.

"Here's the thing: The president looked at us in the eye and he said, ‘I need this before I go represent the United States in Glasgow, American prestige is on the line,’" Khanna said Sunday.