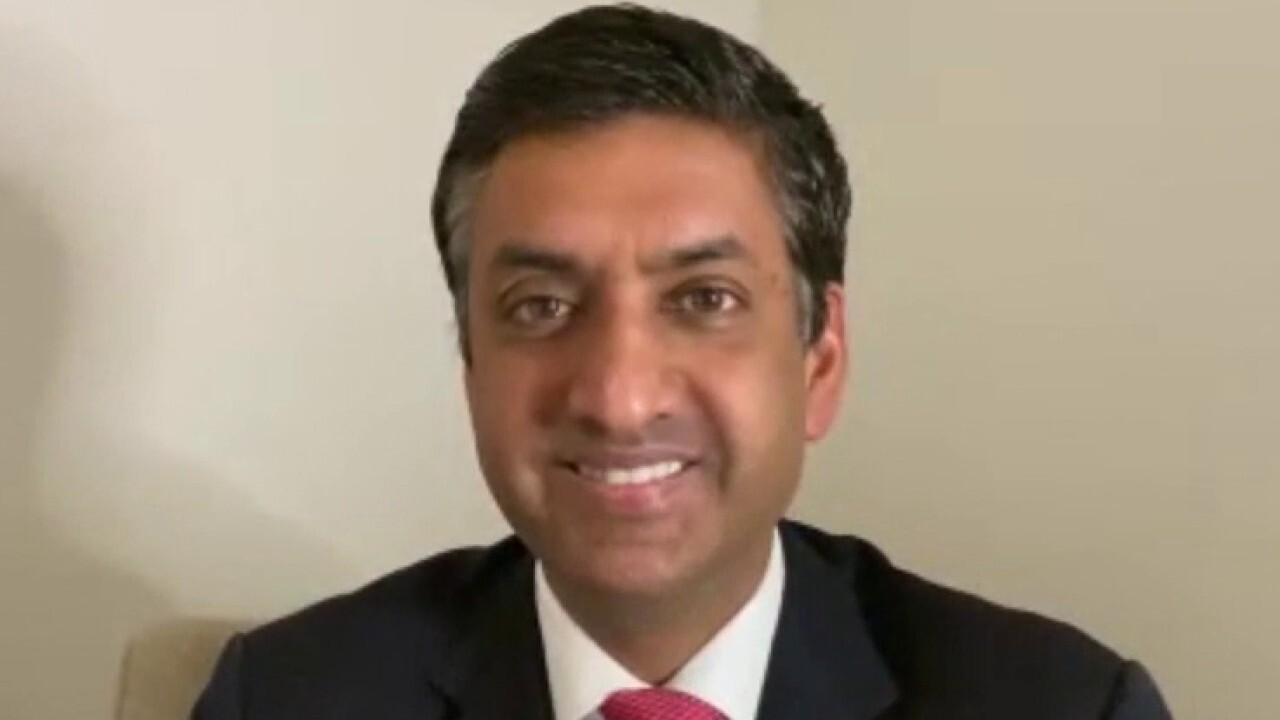 Progressives Friday pushed for a $15 minimum wage, saying Democrats owe their constituents a living wage this year, and if they don't deliver, it could cost them at the ballot box in 2022.

"We need to pass a $15 minimum wage by the end of the year, [and] it has to be part of must-pass legislation," said Rep. Ro Khanna, D-Calif.

Khanna organized a press call Friday with many progressive Democratic lawmakers, union leaders and activists who demanded the $15 minimum wage despite setbacks earlier this year.

The wage increase passed the House in February as part of the $1.9 trillion coronavirus relief package, but the minimum wage provision was stripped out in the Senate due to parliamentary rules and lack of support from moderate Democrats.

PELOSI SAYS DEMS 'WILL PERSIST' ON $15 MINIMUM WAGE, DESPITE FAILURE TO GET IN COVID BILL

"The time is now," said Rep. Rashida Tlaib, D-Mich. "We have control of the House, the Senate [and] the presidency. My residents are tired of waiting. They cannot wait any longer for livable wages."

Raising the minimum wage to $15 would impact nearly 32 million workers, according to an analysis by the Economic Policy Institute. The majority  -- or 59% -- of those who would benefit are women. The impact would be felt especially on women of color, who disproportionately work in low-wage jobs.

Activists say women, especially women of color, delivered the White House to President Biden and turned Georgia blue to give Democrats control of the Senate. Now they are counting on the wage increase for a lifeline, the Democrats say, after they've already been hard-hit by the coronavirus pandemic.

“It's really important for us to recognize what the expectations of working people, particularly women and women of color are, and it's important for us to make sure that we're getting … everything that we were promised," said Rachel Carmona, executive director of the Women's March. "Because if we can’t deliver a $15 minimum wage for women, then I'm not sure that women are going to deliver votes in 2022.”

President Biden backs the $15 wage, but the challenge will be in the Senate that is evenly split with 50 Democrats and 50 Republicans.

The progressives were preaching a whatever-it-takes approach to get the wage hike through, from overruling the Senate parliamentarian in the future or getting rid of the filibuster to require just a simple majority to advance legislation in the Senate.

Earlier in March, when Sen. Bernie Sanders, I-Vt., forced a vote on whether to waive budget rules to insert the $15 minimum wage back into the coronavirus bill, he lost support from his own party.

Sen. Bernie Sanders, D-Vt., questions former Gov. Jennifer Granholm, D-Mich., as she testifies before the Senate Energy and Natural Resources Committee during a hearing to examine her nomination to be Secretary of Energy, Wednesday, Jan. 27, 2021 on

The federal minimum wage has not increased in more than a decade, although a growing number of states have voted to adopt their own wage increases.