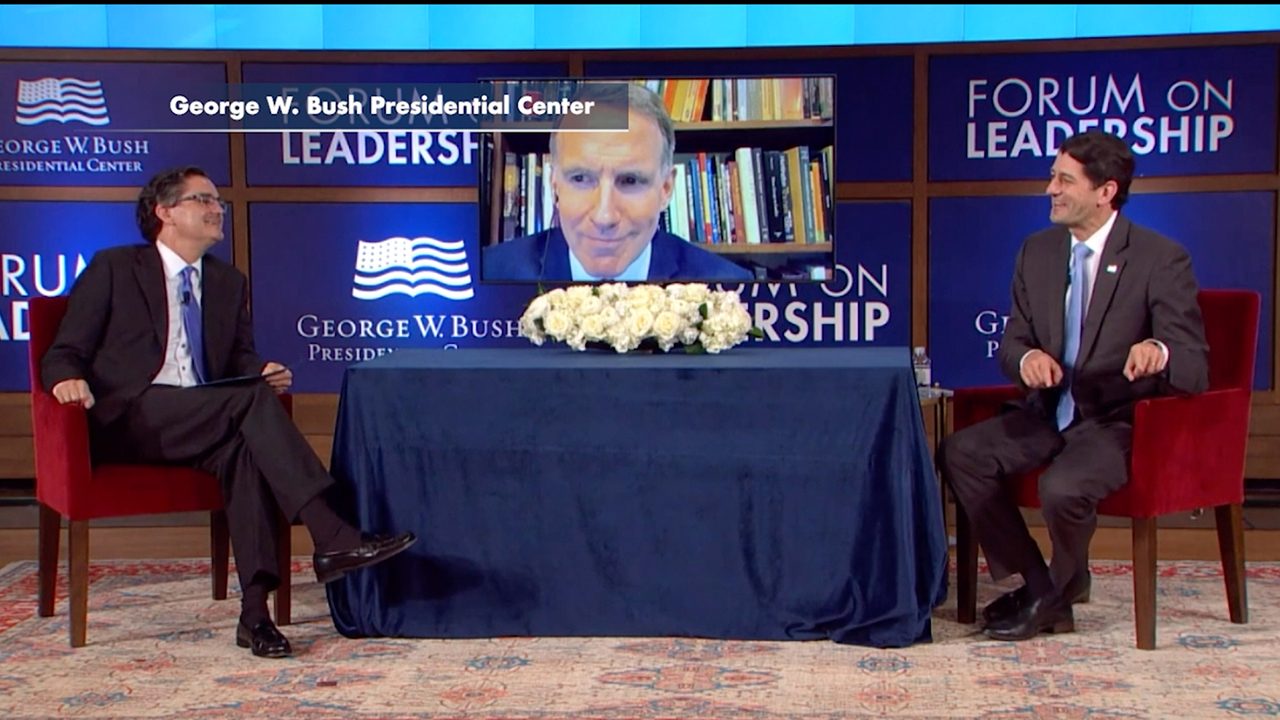 The former GOP lawmaker talks about the impact of Republicans capping state and local tax (SALT) deductions during a talk at the George W. Bush Presidential Center’s Forum on Leadership on April 15, 2021.

He made the remarks at the George W. Bush Presidential Center’s Forum on Leadership on Thursday.

"In tax reform, our biggest pay-for that we believed in, and still do to this day, is capping the state and local tax deduction, SALT," he said.

"The day we passed that tax reform bill with the SALT … Tim Cook called me that day we passed it, he said I am now repatriating, I think it was $40 billion at the time, of money we have overseas …  I'm going to hire 20,000 people in America somewhere. That somewhere is in Austin, Texas. I don't think he was going to put that up in California," Ryan said.

At least 20 finance and tech companies are set to leave New York City for Florida, the New York Post reported. JetBlue is the latest company to consider relocating its head office to the Sunshine State when its lease ends in 2023, according to the New York Post.

"Policies make a difference on urban trends," Ryan concluded. "The cities that have it right are going to win."

Democrats appear to be inching toward repealing the SALT cap, which would disproportionately benefit wealthy Americans living in blue states.

Meanwhile, New York is set to raise taxes on its wealthiest residents after Gov. Andrew Cuomo and legislative leaders reached a tentative agreement that would make the state's millionaires pay the highest income rate in the nation.

The New York Times reported earlier in April that the State Assembly and Senate neared a deal to hike taxes on New Yorkers worth more than $1 million, part of a broader budget plan that would generate an additional $3.4 billion for the state.