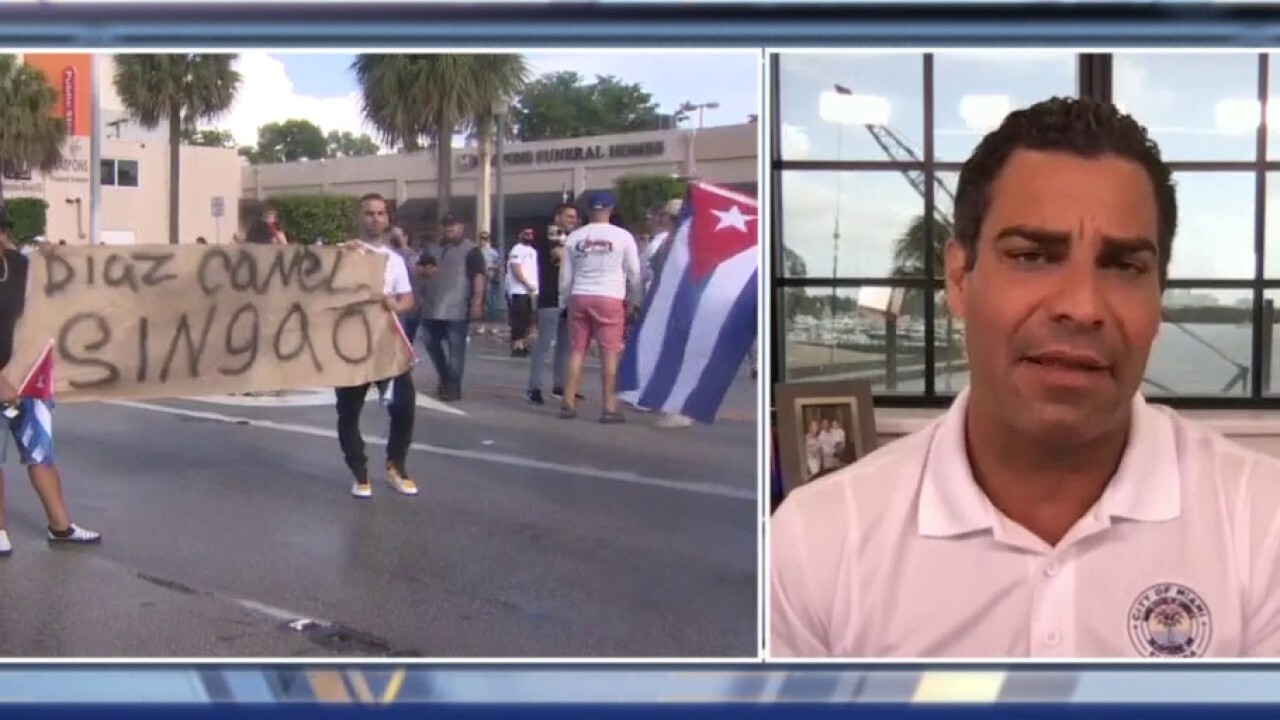 Miami's Mayor Suarez calls for US to intervene in Cuba

Mayor Francis Suarez is calling for the U.S. to intervene in Cuba after scores of demonstrators flooded the streets near Miami's Little Havana, demanding an end to the nation’s communist regime.

"This is an issue that I think very much matters to the United States," Suarez said during an interview on FOX Business' "Varney & Co." "Cuba is exporting communism throughout the hemisphere and throughout the world, and has been doing it for decades — and that's something that should interest the national security of the United States."

Hundreds of Cuban-Americans rallied behind the Cuban people for the second straight night in Miami’s Little Havana neighborhood, waving flags, chanting "Cuba Libre!" and demanding change in the communist country.

On Sunday, footage of thousands of Cubans marching in a dozen cities demanding freedom first emerged. They called for an end to food shortages, a decades-long rotten economy, and chronic, widespread poverty. Videos showed anti-government protesters in Cuba holding an American flag in their effort to end the country’s communist dictatorship, blamed for the worsening conditions.

Fox News correspondent Phil Keating, while reporting from outside Versailles, a famous Cuban restaurant in Little Havana, Tuesday, pointed out that "protests like this in Cuba are against the law."

Following the report, Suarez, a Republican, and the son of Miami’s only Cuban mayor told host Stuart Varney there are a "variety of ways" the U.S. can step in.

"Obviously, this is a humanitarian crisis. The Cuban people have no food… they have no medicines and they're dying… The U.S. has intervened in Latin America in [sic] numerous occasions and has been very successful," the mayor said.

Varney speculated on how the Biden administration might respond to the situation, noting that it's possible they'll want to reverse course on sanctions administered by the previous administration.

"The Trump administration imposed significant sanctions on Cuba midway through the administration. I suspect that the Biden team would love to remove those sanctions and allow Cubans in Florida to export food and medicine and water supply to Cuba. That would be a way of intervening and helping Cuba," said Varney, before asking if Suarez would "approve" of such tactics.

"That would certainly be a way to intervene," Suarez agreed. "The problem is, the Cuban government wants it both ways. They want to be able to blame the United States for their failed system of government, and then when remittances are sent over by Miamians… they take the dollars, they turn them into a worthless currency, and then they force Cubans to pay for things in their stores, in dollars," explained Suarez.

"So they're completely depriving the Cuban people and [using] those resources as a means of control."

"All the Cuban government wants to do – and all it's demonstrated to the world – is that they want a repressive, authoritarian control; a Communist dictatorship to continue in the island," he continued. "So anything that we do to try to help the island ultimately becomes fuel for them to repress their citizens." 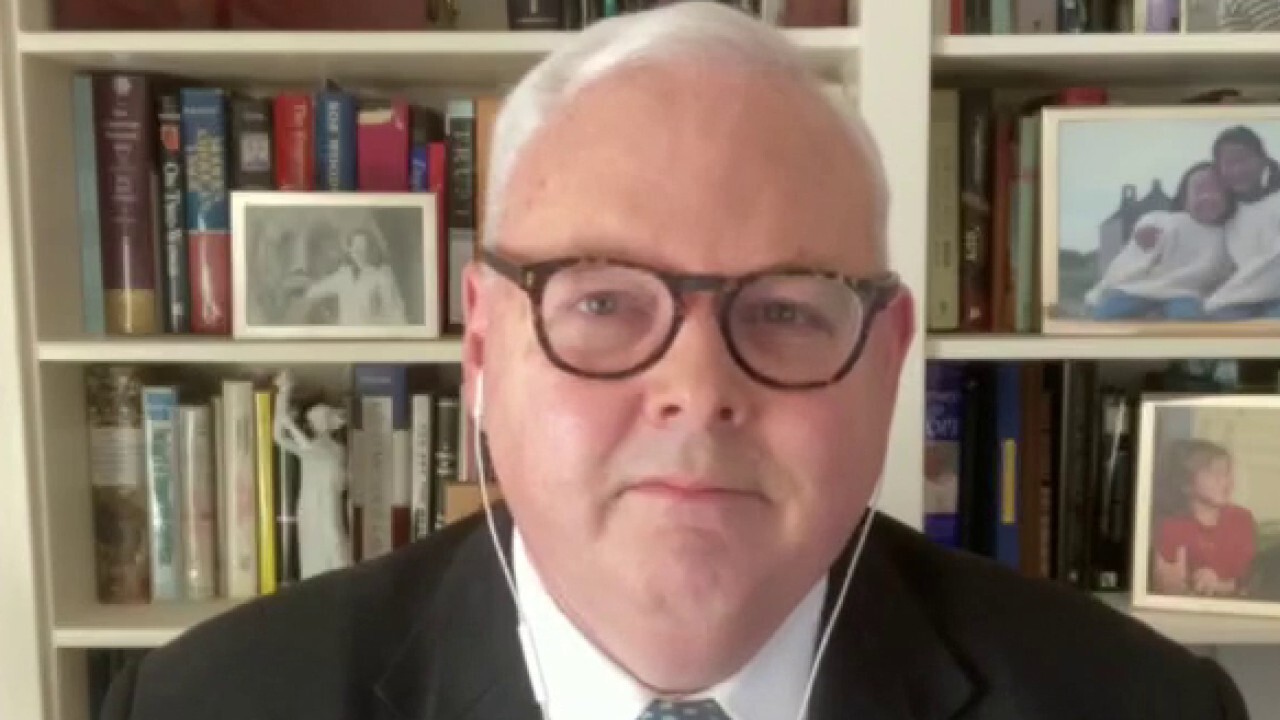 McGurn on Cuba protests: Regimes know 'their rule is brittle,' are 'afraid of their people'

WSJ Editorial Board Member Bill McGurn discusses the defund the police movement, rising crime in the US and mass anti-government demonstrations in Cuba.

Amid the unrest, Miguel Diaz-Canel Bermudez, Cuban president and head of the Communist Party, released a statement that warned the "Cuban Revolution is not going to turn the other cheek to those who attack it in virtual and real spaces" and that his government will "avoid revolutionary violence, but will repress counterrevolutionary violence."

VARNEY ON CUBA PROTESTS: WHERE IS BERNIE SANDERS, AOC AND 'THE SQUAD'?

"The number one hope is that the Cuban people will successfully be able to change the system of government themselves from within, either by some sort of a public seizing of control of the country, or the military itself realizing that what it's doing to its people is a stain on the history of their lives and that they should be on the right side of history," Mayor Suarez concluded.