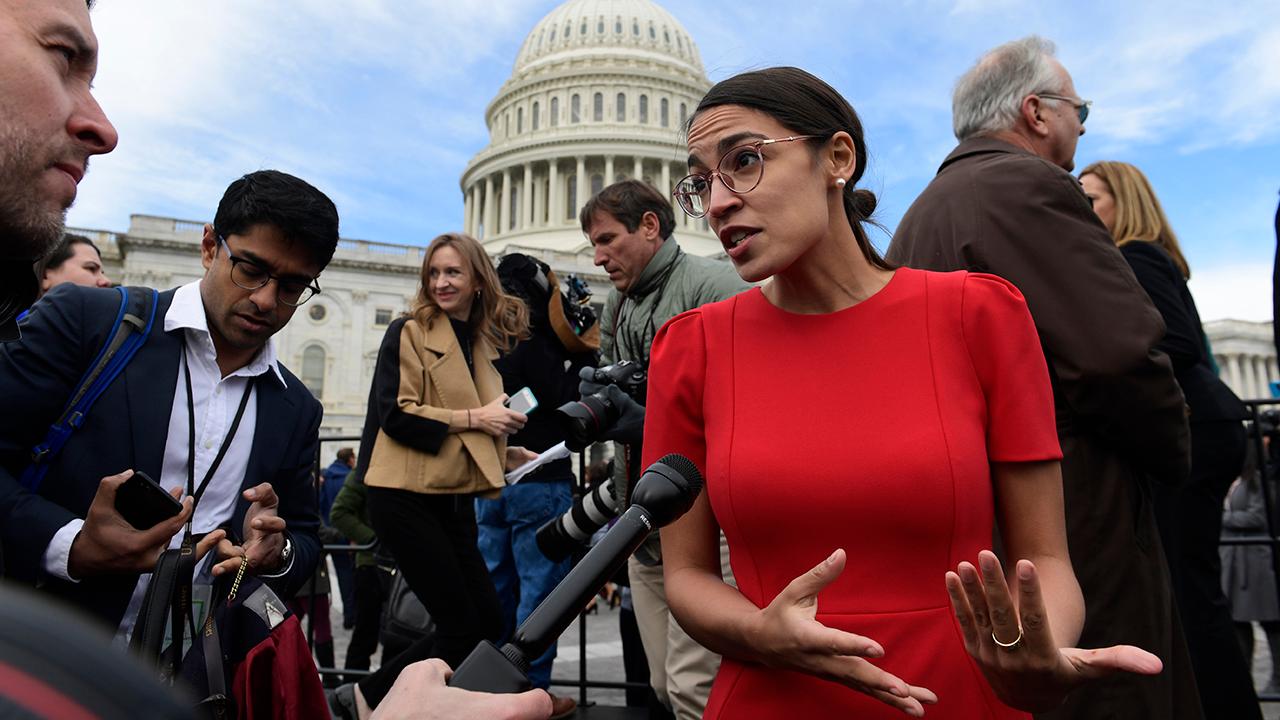 “The most important thing is the concentration of capital and it means that we seek and prioritize profit and the accumulation of money above all else and we seek it at any human and environmental cost. That is what that means. To me that ideology is not sustainable and cannot be redeemed,” the Democrat said Saturday during an interview with Briahna Gray, senior politics editor for the Intercept. ”What we are reckoning with are the consequences of putting profit above everything else in society.”

“The danger in her remarks on capitalism is not so much that the Democratic Party is going to adopt Ocasio-Cortez’s version of socialism, it’s that a lot of the Democrats are intimated by her large presence,” Henninger said on “After the Bell.”

Several 2020 presidential candidates spoke at SXSW, but it was freshman Ocasio-Cortez who drew the largest crowd. A sign, Henninger said, that could force some Democrats making a White House bid to move in her policy direction.

Francis asked why Republicans are not pointing out the hypocrisy in Ocasio-Cortez’s argument.

“She says she’s for the people, but what she is advocating – Socialism – is a government takeover of resources. Basically, it’s a power grab for her.”

Henninger drew comparisons to the regulations imposed on the private sector during Barack Obama’s presidency.

“Ocasio-Cortez is moving the Democratic Party even further in that direction, so that administrative state under, say a President Elizabeth Warren or a President Kamala Harris would even be bigger than it was under Barack Obama, which had a suppressive effect on the private economy.”

During her SXSW talk, Ocasio-Cortez also said workers should not fear job automation.

“We should not feel nervous about the tollbooth collector not having to collect tolls. We should be excited by that. But the reason we’re not excited about it is because we live in a society where if you don’t have a job, you are left to die,” she said.

Henninger disputed her prediction that people in the future may not have to work, with a piece of advice for Democrats running in 2020.

“But the big question among serious Democrats, is there any chance that those sorts of ideas can fly in a general election?”