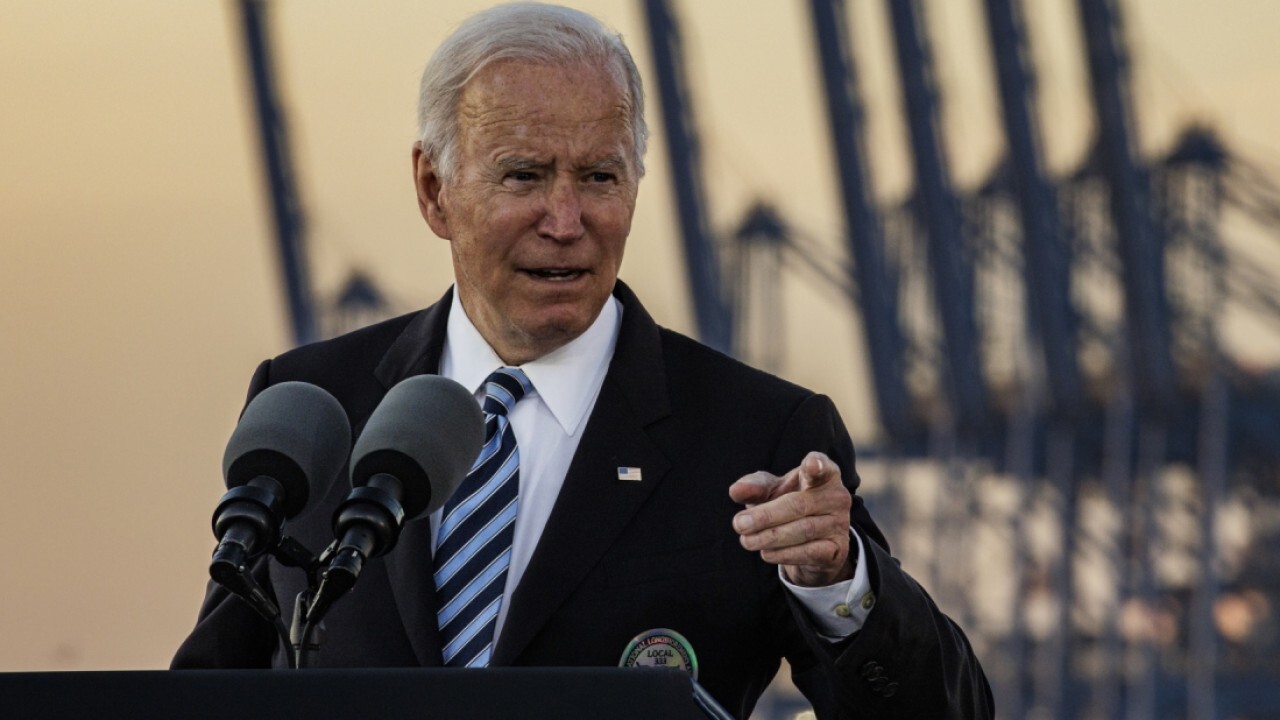 President Biden's sprawling social spending and climate plan could increase the federal budget deficit by $3 trillion over the next decade if the programs included in the spending bill are made permanent, according to a new Congressional Budget Office analysis released Friday.

The $1.7 trillion Build Back Better bill passed by House Democrats last month would establish universal preschool, expand Medicaid, provide new funding for child care and offer green energy tax credits, though it notably omits progressive priorities like free community college and Medicare coverage of dental and vision. It relies on $1.95 trillion in new taxes, including a 15% corporate minimum and a surcharge aimed at ultramillionaires.

The latest estimate from the nonpartisan budget agency was requested by Republicans, who have accused Democrats of using "budget gimmicks" to conceal the true cost of the legislation.

Although the bulk of the programs and spending initiatives in the bill are poised to sunset in just a few years (and in some cases – like the one-year expansion of the child tax credit – even sooner than that), lawmakers often pass multiyear extensions down the road, even though the CBO assumes those measures will expire when it scores the legislation.

The CBO previously estimated the legislation as written would increase the nation's deficit by $160 billion over the next decade. But if the measures did not expire in a few years' time, the bill would actually cost about $4.9 trillion, the CBO said.

"If the temporary provisions of this bill are extended, and I fully expect them to be if our Democratic colleagues have the votes to do it, this legislation will cost a whole lot more than what the American people have been told," said Sen. John Cornyn, R-Texas.

Democrats have made it clear that by taking an across-the-board cuts approach to the spending package, they intend to force a future Congress to extend popular programs in a few years (whether they will be able to do so ultimately depends on the 2022 midterms and 2024 presidential election).

For instance, Biden has proposed a temporary, one-year extension of the expanded child tax credit, which provides up to $3,600 per child to families. The White House estimated the temporary expansion would cost about $100 billion annually. But Democrats and the president have both pushed for a permanently expanded child tax credit, which would actually cost about $1.6 trillion, according to the new CBO analysis.

President Biden speaks about his infrastructure plan and his domestic agenda during a visit to the Electric City Trolley Museum in Scranton, Pa., Wednesday, Oct. 20, 2021. (AP Photo/Susan Walsh / AP Newsroom)

It's not uncommon for lawmakers to take this approach: For instance, in 2017, Republicans passed the $1.5 trillion Tax Cuts and Jobs Act that included several income tax provisions slated to sunset within a few years – but lawmakers indicated at the time they had no intention of letting that happen.

Sen. Joe Manchin, a moderate West Virginia Democrat who has become one of the most powerful votes in the upper chamber, has likewise accused the Biden team of using "budget gimmicks" to conceal the true, higher cost of the president's signature economic spending plan.

"As more of the real details outlined in the basic framework are released, what I see are shell games and budget gimmicks that make the real cost of this so-called ‘$1.75 trillion’ bill estimated to be twice as high if the programs are extended or made permanent," Manchin said during a news conference. "That is a recipe for economic crisis."