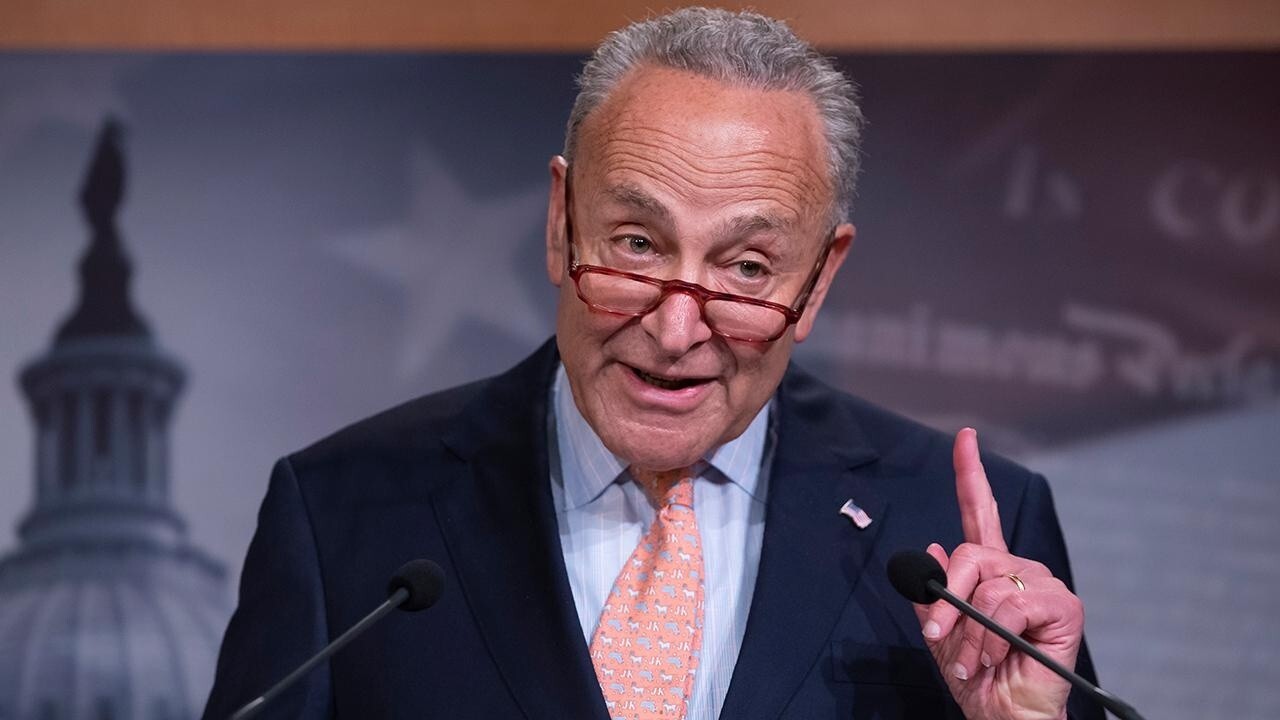 Rep. Ben Cline says Republicans are asking both sides to 'come together' on infrastructure definition

Some of President Biden's top advisers are heading to Capitol Hill on Tuesday to continue negotiations on a bipartisan infrastructure package, meeting in person with a coalition of senators who unveiled a nearly $1 trillion framework two weeks ago.

The Biden team includes Brian Deese, the director of the National Economic Council; Steve Ricchetti, a counselor to the president; and Lousia Terrell, the White House's legislative affairs director, according to a person familiar with the matter.

Although the two sides have inched closer in recent weeks toward striking an agreement, they remain fiercely divided over how to pay for it. The coalition of 21 senators have floated several possibilities to fund their proposal, including repurposing coronavirus relief funds, closing the tax gap, using leftover unemployment insurance money from the 26 states that are prematurely opting out of a federal relief program and raising the federal gas tax.

If the meeting goes well, Biden will likely host some of the lawmakers at the White House to continue discussions, White House press secretary Jen Psaki said Monday.

"We need a few more details about the deal, and about the proposal, including specifics about how to pay for it," she said Monday during an interview on "CBS This Morning."

The bipartisan lawmakers – 11 Republicans and 10 Democrats –  are eyeing a scaled-back $974 billion measure that would include about $579 billion in new funding. The money would be spent over the course of five years on core infrastructure projects, like roads and bridges, transit systems and broadband.

While the $928 billion offer is much closer in line to Biden's target, there remains an ideological gulf between the two sides over what constitutes infrastructure. The latest plan notably does not include new spending on a wide range of areas where Biden has recommended billions, such as elder care and veterans hospitals.

Psaki noted that Biden has "already come down quite a bit" from his initial number, a sign that he's "willing to compromise" and "work on a couple of tracks."

That's because Democrats have also signaled they are simultaneously pursuing a separate reconciliation bill worth up to $6 trillion that would include the two economic plans unveiled by Biden this year: the $2.3 trillion American Jobs Plan, a sweeping initiative that would make massive investments in the nation's crumbling roads and bridges and includes billions to combat climate change and bolster care for elderly and disabled Americans, as well as the $1.8 trillion American Families Plan, which would dramatically expand the government-fund social safety net.

The president has called for funding the first plan by raising taxes on corporations, from 21% to 28%, and the second by increasing taxes on wealthy Americans earning more than $400,000 – hikes that Republican lawmakers have called a "red line."

Last week, Senate Majority Leader Chuck Schumer convened a meeting of the 11 Democrats who sit on the Budget Committee to trigger the start of the budget reconciliation process, which would allow them to pass legislation without the need for Republican votes. Democrats are considering a sweeping $6 trillion package that would build on Biden's "jobs" and "families" plans.

"It is a positive, though, that Democrats and Republicans are continuing to negotiate," Psaki said. "The president looks forward to getting more details."