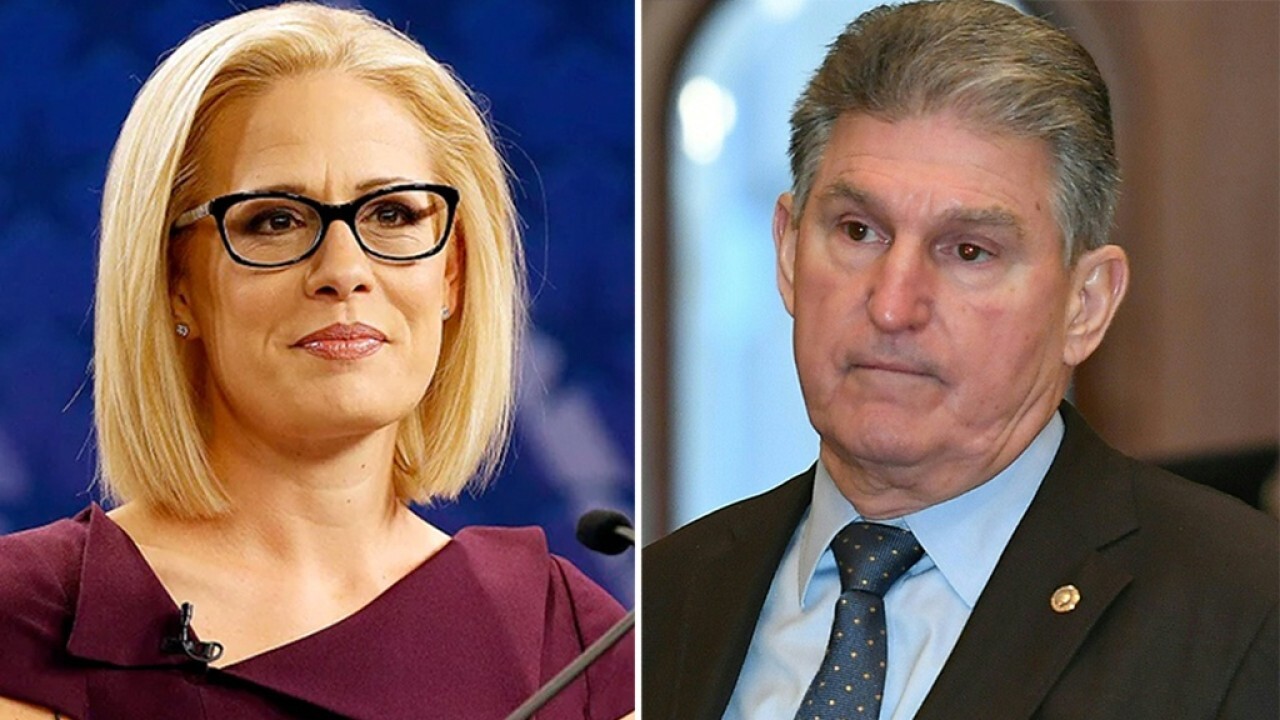 President Biden is meeting with separate groups of moderate and progressive House Democrats on Tuesday, as Democrats continue to reach for a deal on their massive reconciliation spending bill less than two weeks before their latest self-imposed deadline.

"Tomorrow, he will host two difference meetings with House members here at the White House, one with moderates and one with progressive members," White House Press Secretary Jen Psaki said of the president Monday. "We are encouraged by the accelerated pace of talks and are eager to get this done."

Psaki also said Biden met with Progressive Caucus Chair Rep. Pramila Jayapal, D-Wash., on Monday morning and that he has regularly been on the phone with "members who represent the full spectrum of views of Hill Democrats."

Psaki's optimistic tone comes despite what remain massive policy differences between moderates and progressives that will be extremely difficult to bridge if Democrats are to get all of their members behind a single bill.

Sen. Joe Manchin, D-W-Va., for example, told the White House that any expansion of the child tax credit must be means-tested and have a work requirement. That program is a high priority for progressives, and if Democratic leaders let Manchin have his way on that issue and others, it's possible some progressives will continue to hold the bipartisan infrastructure bill hostage.

The president's meetings with House members also come after a weekend of sniping between Manchin and Sen. Bernie Sanders, I-Vt., over whether Democrats' spending plans will be a good thing for West Virginians. The latest chapter in the feud between these two started when Sanders wrote an op-ed in a West Virginia newspaper touting a $3.5 trillion spending bill, which Manchin has said is far too expensive.

"This isn't the first time an out-of-stater has tried to tell West Virginians what is best for them despite having no relationship to our state," Manchin shot back in a statement. "I will not vote for a reckless expansion of government programs. No op-ed from a self-declared Independent socialist is going to change that."

Top Democrats are aiming to get an agreement at least on a framework for the reconciliation bill by Oct. 31 because that is when a temporary reauthorization of surface transportation programs expires. The idea is that if progressives are given assurances that a reconciliation bill that meets their demands will pass, they will halt their blockade of the infrastructure bill.

But it's not clear that will happen, as Jayapal and other progressives have specifically demanded that reconciliation passes before they will vote on infrastructure. And it will take weeks at least to agree on, write and pass a full reconciliation bill.

Democrats can simply pass another short-term surface transportation bill to buy themselves more time into November. But looming ahead are December deadlines for Congress to fund the government and raise the debt ceiling, both of which may turn into all-consuming political fights as Congress tries to avert economic calamity.

And once the calendar turns into the 2022 election year, it's not clear there will be much room for deal-making on infrastructure or reconciliation.

Biden will also go to Scranton, Pa., on Wednesday to continue his public pitch for Democrats' plan to spend trillions on social and climate programs.